I’m visiting my mother in Richmond, Virginia — actually, I’m also visiting my brother and his family, but I haven’t seen them yet, since they were out of town when we got here on Saturday. But that should change later today when we go over to their house and stay for a few days.

At any rate, we’re being greeted with fairly typical summer weather for Richmond — humid and hot, with the odd bit of rain (though no thunder or lightning yet, at least not that I’ve noticed). It’s probably cooler here than in San Jose, but it’s far less comfortable because of the humidity.

Today, I took my mom to the doctor’s for a regular checkup; just like at home, they ran late. Then we made three more stops in the same medical center — I guess she got wholesale rates today!

I did some checking on Google last night and found an update to the eMap’s firmware, which I’ll load as soon as I get offline; it should add a few useful features, such as the ability to set a waypoint somewhere other than where I am right this instant. I am getting very tempted to pick up the Garmin Metro Guide software so I can get detailed maps into the eMap, and DeLorme’s Street Atlas to do routing, since it talks directly to the eMap. I’m sure that if I think about it enough, I can find a reason other than “because I want it” to get the software, but that’s probably a good enough reason all by itself.

Jeffrey had a great day yesterday, visiting his favorite comics shop, Dave’s Comics. The owner, David Luebke, grew up with my brother and me, so it’s nice to see him occasionally — and Jeffrey sure appreciates the selection and the chance to get some comics his allowance won’t cover. Diane bought a toy, too, a set of Zuni Poi Swings. I was good and didn’t buy anything there for myself, so I must deserve the Street Atlas and Metro Guide!

We made a quick visit to the Virginia Aviation Museum, located at Byrd Field (oops, I’m showing my age! I should have said Richmond International Airport). We took advantage of the reciprocal membership program of the Association of Science-Technology Centers, which gave us free admission because we are members of The Tech Museum in San Jose; that makes us much more likely to make short visits to museums instead of skipping them because the admission fee seems expensive for the time we have available.

I’m glad we didn’t skip this one — they have a nice collection of pre-WWII planes as well as a good exhibit of WWII as seen from Richmond. Jeffrey also found an interesting blackbird there.

The GPS I bought last night seems to work — I had a window seat on the flight from Dallas to Richmond, and I was able to maintain a fix almost the entire way. So now, if I ever want to fly myself on that route, I’ll be able to figure out where to turn; it definitely wasn’t a straight shot.

And I enjoyed being able to look out the window and when I saw something, looking at the GPS and finding out what it was (rivers, for example, or towns).

I wanted to play with connecting the GPS to the PC so I could get a better display, but I never bothered to take out the PC. I could tell that this was not a “regular” business-type flight — I walked through all of coach, and there were only two computers out, and they were both playing games instead of doing spreadsheets or presentations. I think that’s a much healthier use of the PC, anyway.

I also cheated a little bit and kept the GPS on through the landing (they never asked for stuff to be turned off), and so I was able to figure out where I was on the way in to Richmond. I’ve never flown in to Richmond enough to figure out the approach route, unlike San Jose, where I know it well enough that on a recent flight, I knew we were going to have a wave-off about three minutes out, just based on our height.

I got my new bifocals yesterday; so far, so good. I took my reading lesson, and so far, it hasn’t been too difficult for me to adapt. I even drove with the new glasses on last night and survived the experience.

The drywall guys (Brian Thompson Drywall in San Jose) finished yesterday as promised; it looks like they did a good job, but I won’t really know until we have a chance to paint the ceilings (to be more accurate: until we get the ceilings painted). They were on-time and courteous and clean, and that’s a pretty good recommendation right there.

One of the Bay Area’s assets is Fry’s Electronics, where you can find almost anything that a nerd would want, from potato chips to memory chips, with a wonderful 30-day return policy. What it doesn’t have is fast, friendly, competent service.

I decided I wanted a GPS receiver tonight so I’d know where I was going tomorrow, and the only place I had time to go was Fry’s. Parking was, as usual, a problem, but I persevered. I found the GPS section quickly; not too surprisingly, the units were locked up. My mission, should I choose to accept it, was to find a salesperson who could unlock the case so I could buy a receiver.

If you’ve ever shopped at Fry’s, you know what comes next. Of course there was no one in the immediate area. So I found someone in the next aisle (telephones) who was stacking things and asked him. Naturally, he couldn’t help me, but he suggested I ask the people two aisles over in components.

That’s where they sell hard disks and RAM; it’s always crowded with wanna-be customers waiting for salespeople. Tonight was no exception — and it seemed very unlikely that even Fry’s would overtax those always-busy salespeople with stuff outside of their immediate area.

So I went back to the store entrance and got the “Person in Charge”. Who, of course, wasn’t actually in charge; but, amazingly, he knew enough to ask someone else what was going on, and that person knew where the keeper of the GPS case keys was — in the component cage behind the cash registers. So the competent person (well, by Fry’s standards) told the newbie to go with me back to the GPS aisle and see what he could do for me.

Back to GPS-land. Nope, nobody there. So we return to the hard disk aisle, and my helper actually got the attention of one of the salespeople and found out that the person with the GPS keys was…you guessed it…in the component cage behind the cash registers. On the second try, my helper figured out that maybe he had to find the person with the keys — unfortunately, I couldn’t go with him to the cage.

But, much to my surprise, he reappeared two minutes later with the original competent person from customer service, who was carrying the keys. Back to the GPS cage. I knew not to expect technical help, but at least now I was able to examine the boxes and pick out one that hadn’t been used and returned (the liberal return policy has a downside). And another customer who hadn’t been quite as desparate as I was glommed onto the case and picked out a GPS and map software as long as it was available.

Now, I had the box in my hand…but, of course, I couldn’t just take it to the register. Instead, the guy from customer service had to print out a price quote for me to bring to the register; he told me to finish my shopping and pick up the GPS at Will Call. I told him I was done and I’d walk with him to the register — I’ve been a Fry’s shopper much too long to be fooled by such simple tactics.

Off we went, and the rest of the transaction proceeded quickly — there wasn’t even a line at the cash registers or the exit search.

So now I’m the proud owner of a Garmin eMap GPS unit; it will tell Microsoft Streets and Trips where I am, but it won’t accept a routing from Streets and Trips — for that, I have to buy the Garmin mapping software. I’m not sure that’s necessary, at least not yet…and I certainly wasn’t going to go back to Fry’s tonight!

I’ve spend most of the day trying to figure out how to get Manila to track the time each Bluelogs sub-site changed — but to do it in UTC, so that the listSites page is sensible. Right now, the timestamp that gets reported is in the sub-site’s own timezone, which leads to confusion — I want them all in GMT, with a 24-hour clock.

I’m sure this is possible, but I haven’t figured out how to do it yet.

My new glasses have arrived, so I think I’ll go pick them up and take my first lesson in how to read with bifocals.

If you’re outside the IBM firewall and can get to the site, let me know because something has gone horribly wrong.

Time to run to the YMCA for orientation on the new FitLinxx machines…more later. 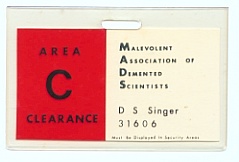 Well, not much more tonight — it’s been a busy day and I’m going to declare victory and go to bed. Perhaps tomorrow…I just found out that I don’t have to go to an all-day offsite meeting!