It was a quiet Sunday. We talked with Jeff, our son, this morning, for his pre-birthday, and otherwise followed our usual Sunday routine of the Farmers’ Market, walks, cooking, eating, and reading. I even did some more photo editing and culling from last year’s Costa Rica/Panama trip, so I feel accomplished.

I’m supposed to avoid omega-3s, aspirin, and turmeric for the next week, leading up to my Mohs surgery on the 8th, so we had halibut (loaded with omega-3s) for lunch and Slow Cooked Spiced Lentils with Veggies (with turmeric) for dinner. I couldn’t find any interesting recipes with aspirin, though, but I’ll have one last pill tonight anyway.

Today was “Shabbat Shira” (the Sabbath of Song) because the Torah reading (Beshalach, Exodus 13:17-17:16) includes “The Song of the Sea”, which the Israelites sang after crossing the Sea of Reeds. Most years, the Cantor would give a “Sermon in Song” and the choir would sing as part of the service.

This year, of course, is not like other years – but the choir still sang as part of today’s service. Not as a choir (except for a couple of pre-recorded songs), but one-by-one (sometimes taking turns during a song, often singing an entire song alone). And the Cantor was in the sanctuary, singing (accompanied by a choir member who also plays guitar – he was in another room in the building, but they were able to hear each other without Zoom delays and make music together).

It was a change from the usual Zoom service – it’ll be even better when we can all be in the sanctuary together! 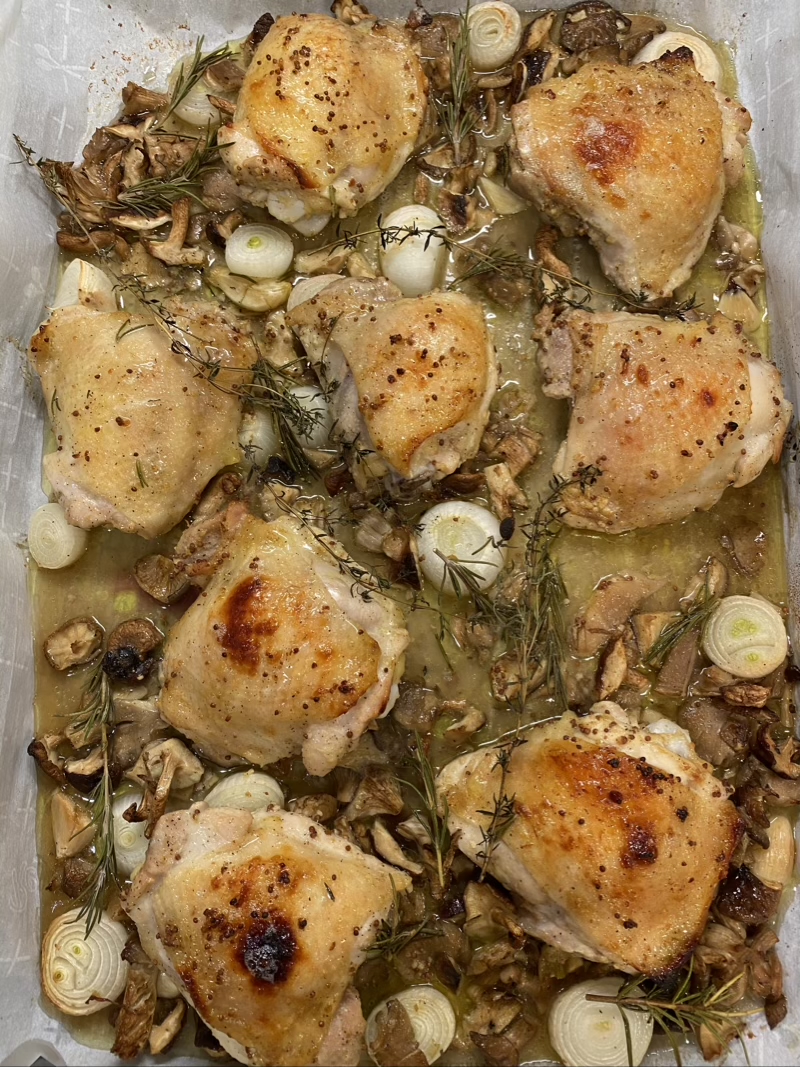 Dinner tonight was another new recipe, Sheet Pan Chicken with Wild Mushrooms and Onions. I modified the recipe to use only half the suggested amount of onions – it was still way too much. And next time, we’ll try using boneless, skinless thighs in hopes of reducing the grease level. But it’s worth trying again.

Even though we still need a lot of rain to get back to normal, it was a pleasure to wake to clear skies this morning after the last couple of wet days. We took a couple of walks to celebrate, then I sat down at the computer to catch up on a month’s worth of Quicken.

And as long as I was catching up, I finally got around to officially completing the projects for the speeches I’ve given at Toastmasters this week, which also completed Level 4 of the “Engaging Humor” Path.

Not an exciting day, I admit, but a productive one. Or at least one in which I reduced the piles of things-to-do.

I had the opportunity to mentor Toastrix Toastmasters, a club at Citrix in Santa Clara, during the end of 2019 and early 2020 – mentoring them let me fulfill the last requirement to complete my second Distinguished Toastmaster before the “legacy” education program at Toastmasters ended. As it happened, the last Toastmasters meeting I attended in person before the lockdown was at Citrix – as I was driving home from there, I saw a billboard for a company called “Zoom” which talked about the joys of remote meetings. Little did I know…

At any rate, I continued on as their mentor until my term ended in May, 2020, and I’ve continued to attend meetings on occasion (not on Zoom, though – they used GoToMeeting until recently and have changed to Microsoft Teams). Yesterday, they reached out to me and asked if I could fill in as a speaker at today’s meeting – I agreed and presented a speech for the “Write a Compelling Blog” project.

The goal of the project was to write at least 8 blog posts within a month and then to give a short speech about the experience. The last time I considered doing the project, 8 blog posts in a month seemed like a stretch – this time, it seemed a bit easier.

I talked about my blogging history, going all the way back to my first post in 2000; I prepared the timeline at the top of the page, which has a red square for every day I did at least one posting and a blank square for days I missed. There were years where I did only two postings, but of late, I’ve been very consistent!

I also talked about the most popular postings on the blog, all of which have been postings where I’ve written about something helpful to others: finding a refill for a strange pen, Amsterdam Dos and Don’ts, Paris in the Rain and Two Great Things to Do In Paris, and even a post about dealing with Coldwater Creek’s rewards program (no link because it’s no longer applicable).

There have also been a few popular technical postings, and the occasional “meta” posting like this one.

Navel-gazing can be fun!

We got out of the house for an early walk, and went about twice as far as we usually do in the morning. That was a good plan – the much-needed rains started just before lunch and haven’t really stopped since. And while I more-or-less believe what I heard in Norway (“No bad weather, just bad clothes”), I wasn’t really interested in going out this afternoon anyway. 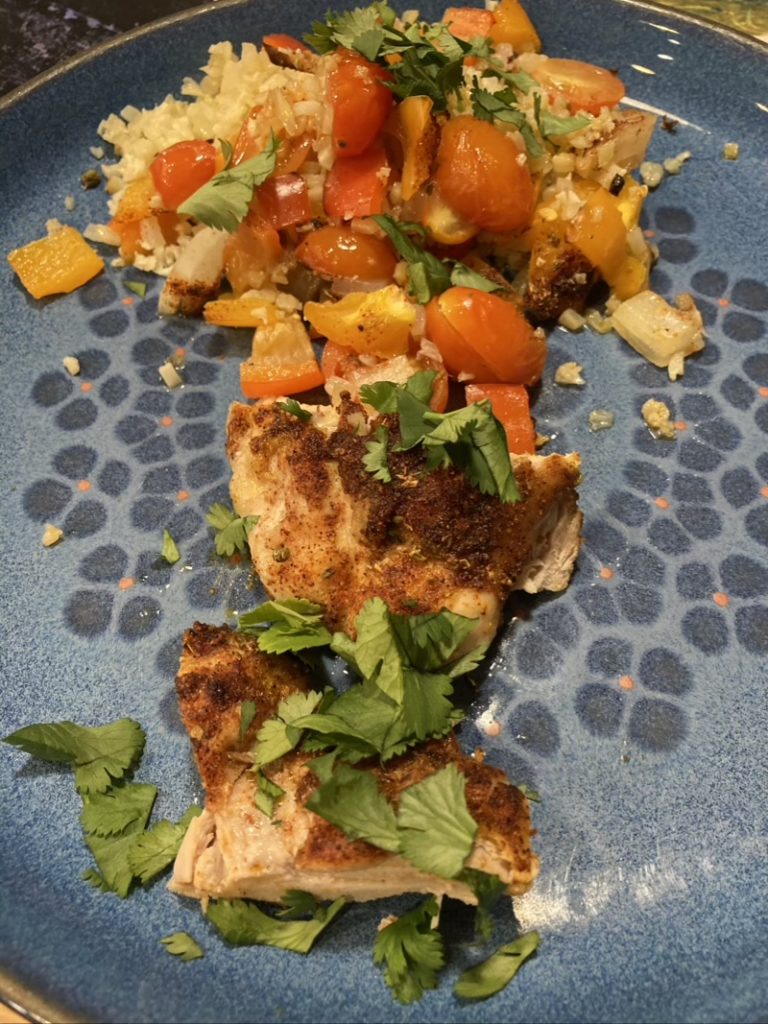 We tried another new recipe tonight, a paleo version of Arroz con Pollo using cauliflower rice, made on a sheet pan. I don’t see cauliflower rice replacing rice for us, but the chicken and spices were pretty good. I can’t find a link to the recipe (it was in the Merc’s Spry Living supplement in early December), but I’ve typed it into the Paprika app, so if anyone wants it, let me know.

I visited my dermatologist last week for a routine check-in and full-body exam. I had noticed an itchy spot under my right ear, and she took it off; she also found a spot on my right shoulder and took it off, too. Today, she called me and said that the shoulder spot was benign, but the spot under my ear was “early-stage squamous”, and just like that, I’m scheduled for Mohs surgery on the 8th of February.