I had hopes of spending the afternoon finishing the Homebridge migration. But I had to visit my cardiologist for a routine 6-month check-in, and that took longer than I expected.

I did manage to get the front door lock onto the system before I had to make dinner and get ready for my club evaluation contest. I spoke for 8 seconds over the maximum time allowed for the evaluation, so I was disqualified.

And all of that put me behind on finishing yesterday’s Times crossword puzzle. I finished, but it was after midnight Eastern time, which meant that my streak of completed-in-time puzzles had ended.

All good things come to an end, I guess! 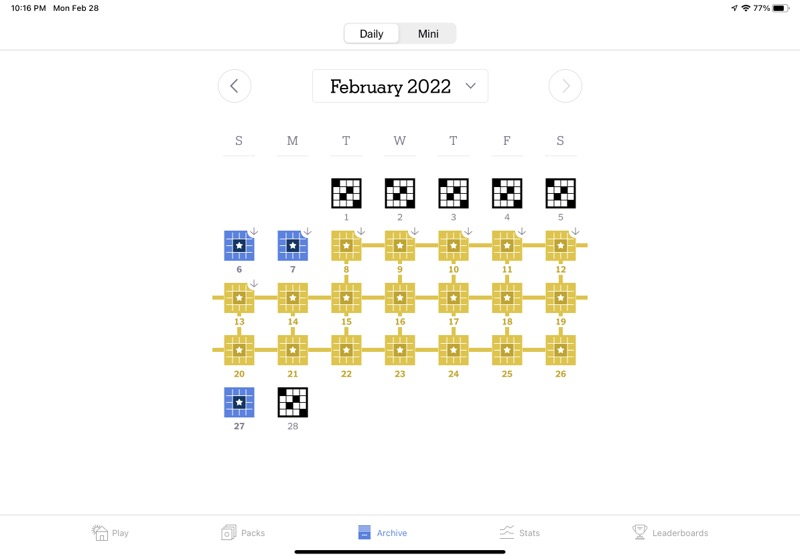 I made more progress on converting my home automation to HomeBridge. In particular, the doorbell camera is now hooked up, as is the Harmony Hub.

And that was about it for the day.

The day started with Torah Study and Shir Shabbat, as usual.

After lunch, we drove over to Central Computers and picked up my new Raspberry Pi 400 – I resisted playing with it until after dinner. 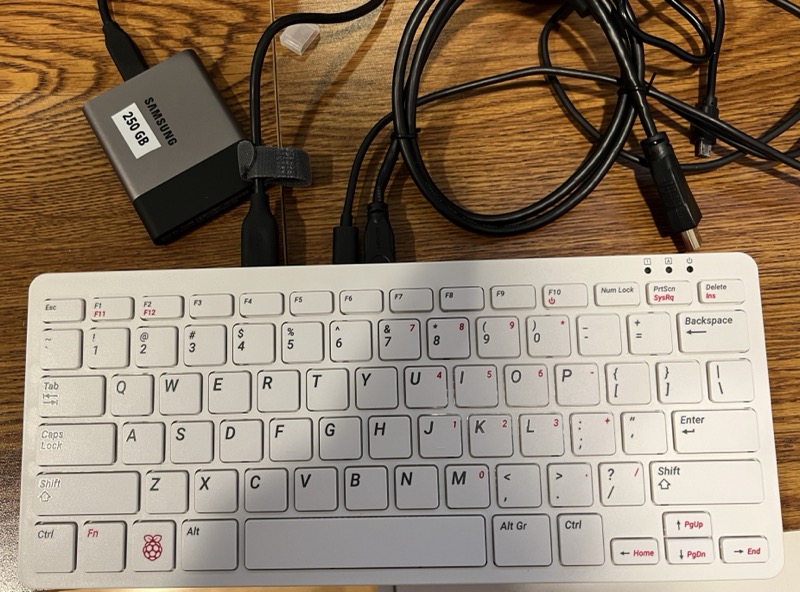 I decided to take the path of least resistance this time around and used the new Raspberry Pi imager program to create the SD card that the Pi boots from; I even let it install the graphical desktop so that I could take advantage of the HomeBridge configuration tools instead of editing JSON files by hand.

The rest of the setup was easy; they’ve even made it trivial to move the system from the SD card to a USB-attached SSD drive.

I installed HomeBridge and it worked; I got as far as installing a plugin for the Sonos speaker in the living room and that worked, too – I can turn the speaker on and off, set the volume, and choose various Internet radio stations.

Tomorrow, I’ll install the rest of the plugins I need to interact with the devices in the house and see if I can get the automations set up. I’ve set up remote access to the Pi so that I don’t have to have it physically connected to a screen, so I can put it somewhere out of the way.

I sat down this afternoon to define more shim devices in Indigo to let me use the abandoned HomeBridge plugin for Indigo to expose the real devices to Apple HomeKit (and therefore to the Home app). And then I thought about what I was doing and realized that relying on abandoned software was not a good long-term strategy.

Instead, I decided to buy a Raspberry Pi and put real HomeBridge on it to see if getting rid of the indirection through Indigo will work for me. Buying the RPi wasn’t as simple as I’d’ve liked – the chip shortage has made most models unavailable. Strangely, the only one that’s easy to find is the Raspberry Pi 400, which is a Raspberry Pi 4 built into a keyboard. I ordered one from Central Computers in Santa Clara and they have it ready for me to pick up tomorrow.

I spent the next few hours going through the automations I’d set up in Indigo so I can move them into HomeKit when I get HomeBridge set up.

It was another hectic day, starting with the Silver Tongued Cats meeting this morning. Our Toastmaster had selected “F. E. A R.” as the theme of the meeting, and she opened with a few possible expansions of the acronym, such as “Future Events Aren’t Real” or “Frustration, Ego, Anxiety, Resentment”.

I was the Inspiration Master for the day. I wanted to play off the theme and come up with something that was Toastmasters-oriented. After a bit of thought, I arrived at “Fair Evaluations Are Rewarding” – an effective Toastmasters evaluation gives the speaker praise and encouragement for strong elements in the speech but still offers suggestions for getting better. It sufficed.

I also put together the minutes from the Ritual Committee meeting I led last night. In the process, I found (thanks to Codegena.com) a solution for a technical problem we identified during the meeting – being able to automatically embed the most recent video from our YouTube channel on a web page without having to edit the page every time. It looks like this:

and it should change every time we livestream on YouTube.

It wasn't the most exciting day, but that's OK!