This page is a permanent link to my travel diaries.

Today, I attended the general CTRE session in the morning — all of the speakers were excellent. We had one talk from Bernard Buigues on the
raising of the mammoth, and another from Jane Lapotaire (a renowned Shakespearean actress and President, The Friends of Shakespeare’s Globe) and Professor Andrew Gurr on Shakespeare’s Globe Theatre — both talks got standing ovations, which really impressed me; IBM audiences are not usually so moved.

Then Diane and I had lunch and she headed out to take a Montréal city tour, while Jeffrey and I went ice skating. All went swimmingly for a while, then something happened (I don’t know exactly what and probably never will, because whatever it was caused a small amount of retrograde amnesia), and the next thing I knew, I was on a bench with two people trying to help me decide if I wanted to take a taxi or an ambulance to the hospital. And I didn’t remember having being out cold on the ice for ten minutes, either.

The rest of the evening was spent at the hospital, waiting for my X-rays and CT scan to be read. To make a long story short, everything appears to be well, but I sure looked awful, and neither my shirt nor my glasses will ever be the same (actually, my shirt will never come home). And I missed the grand finale of CTRE, the circus.

So to answer the question: both of us have suffered concussions within the past year. And apparently neither of us is playing in the NFL this year, either.

Tomorrow, it’s back home, and Friday, it’s work. After stopping at the optician, that is…. 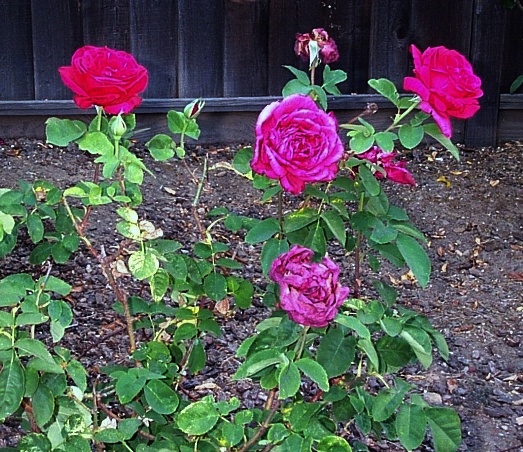 I’m back in the conference center (and at the microphone) for the second (and last) day of the W3C AC meeting. We’ve had one lively discussion (on the future of the Web), but most of the meeting has been pretty predictable, which shows that W3C is maturing.

I think I’ve been travelling too long. I took one look at the lunch that the hotel had set up and I decided I needed to eat somewhere else! It’s not that the lunch looked bad, it’s that it looked to be rich, and last night’s dinner covered my need for rich food for some time to come.

I remembered having seen an Israeli felafel/shoarma shop near the Dam tram stop (about a ten-minute walk from the meeting) last night, and decided it would do nicely, so I set out. But when I got to the Royal Palace, I found the going rather slow — the grounds were blocked off, and there was a big security presence all around the Palace. And they were laying out the red carpet.

I pushed through the crowd and eventually got to the restaurant (Benjamin Restaurant; I didn’t think it was as good as Maoz), where I found out that the security and red carpet were for the arrival of the Emperor of Japan for a state visit — for some reason, neither CNN nor USA Today had bothered to mention this, I guess because no Americans were involved and no bloodshed was expected.

While at lunch, the Fox Kids’ Network tram drove by and I got a picture of it in the distance — click on Spidey if you’re interested.

After lunch, I headed back to the hotel; the direct route was still blocked, so I detoured around the “Oud Kirk” (Old Church). Suddenly, I discovered that I was in the Red Light District. My first clue was this sign. And a few meters on, there were a number of windows in active use. I continued walking, and about five minutes later, I was back at the Barbizon Palace, ready to continue with the meeting. Amsterdam is certainly a city of contrasts!

The meeting ended promptly at 5pm (much to my surprise); I went to dinner with Lorrie and Chuck Cranor of AT&T and Ari Schwartz of CDT at a restaurant whose name I didn’t think to note (not this one!). It was very unusual for Amsterdam — we had a salad, appetizers, and dinner in less than an hour! And it was tasty, too (I had swordfish). So even with a trip to Australian Homemade for ice cream, and missing a tram by seconds, I was still back in my room before 8pm. I thought about going to Boom Chicago, but decided I should pack instead — this was a good idea, since packing for the way home was decidedly non-trivial. I’ve accumulated quite a bit of stuff here in Amsterdam, most of which I want to bring home (I’m not sure about some of the paper given out at WWW9 and the meeting, though). But I got it done and even had time to watch the last half of the 1999 version of The Thomas Crown Affair. 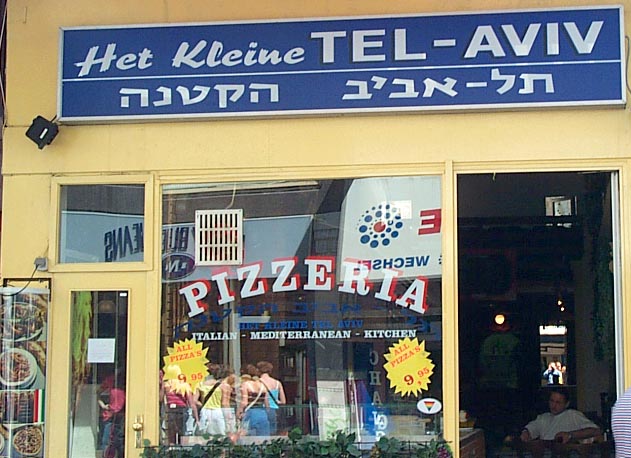