Today, we drove from West Palm Beach to Naples; it was an easy drive. To make it more interesting, we stopped in Delray Beach and Boca Raton to visit our old haunts.

Our first stop was the house we bought when we got married; it took a while to find, because the approach streets had changed (I’m sure I would have remembered a Costco within walking distance!), and even after we got into the neighborhood, we had a hard time remembering where to go. But eventually, we found the place. Most of the other houses on the block looked more or less the same as when we’d lived there, but “our” house was completely relandscaped (huge coconut palms in the front yard, for example).

They’d also converted the garage into a Florida room (only appropriate!). 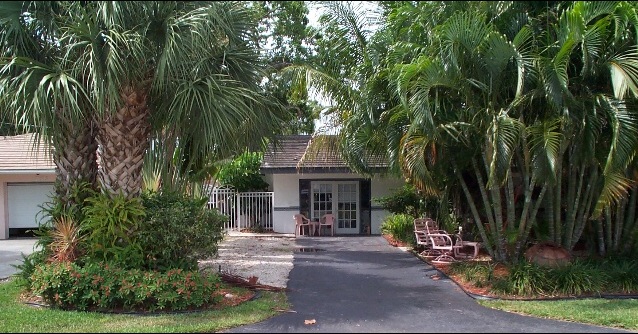 Then we drove to what used to be the IBM main site, where we spent the first eight years of our careers; IBM’s moved away and the place is now the “T-Rex” technology park. We wandered around for a while, walking by the pond in the middle of the site.

They’ve added a fountain since we left.

Then lunch at an old favorite — Jerry’s Pizza. The original owner had retired a few years before we left Florida in 1984 and his son was running the place then, so we were quite surprised to find Jerry himself back at the oven! He said he’d gotten bored with being retired and had come back…the food tasted great, too.

Finally, a trip to our second Florida house, this one in Boca Raton. It was easier to find, and easier to recognize (though they’d painted it a color we wouldn’t have chosen). 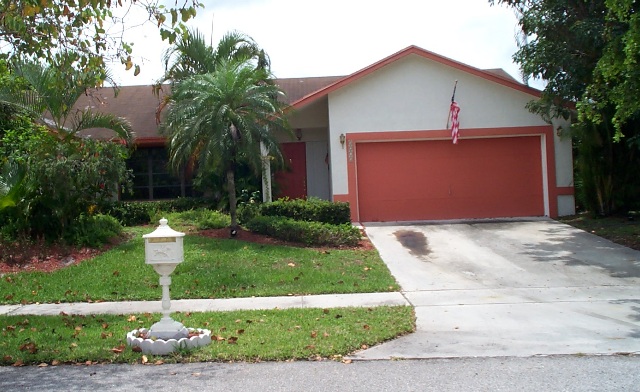 Then we drove to Naples and the Registry Resort, and we’ll be here the rest of the week. Tonight, we were supposed to have a poolside buffet…but it rained, so they moved it inside.

Tomorrow morning, we start bright and early — I have a breakfast meeting at 0700, but the rest of the day should be more enjoyable!