The flight from O’Hare to Albany was a bit bumpy at times, but uneventful. The flight attendant had a great personality — her commentary would have been right at home on Southwest or PSA (even the pilot had a sense of humor!).

The Desmond seems to be a nice hotel; we have a four-poster bed (no canopy, though), to which we will repair soon. 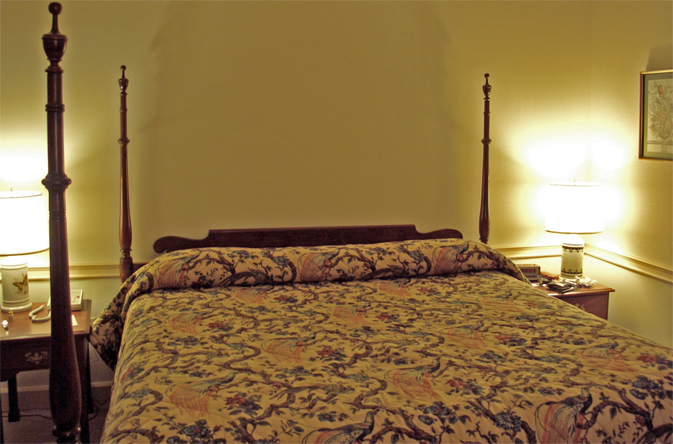