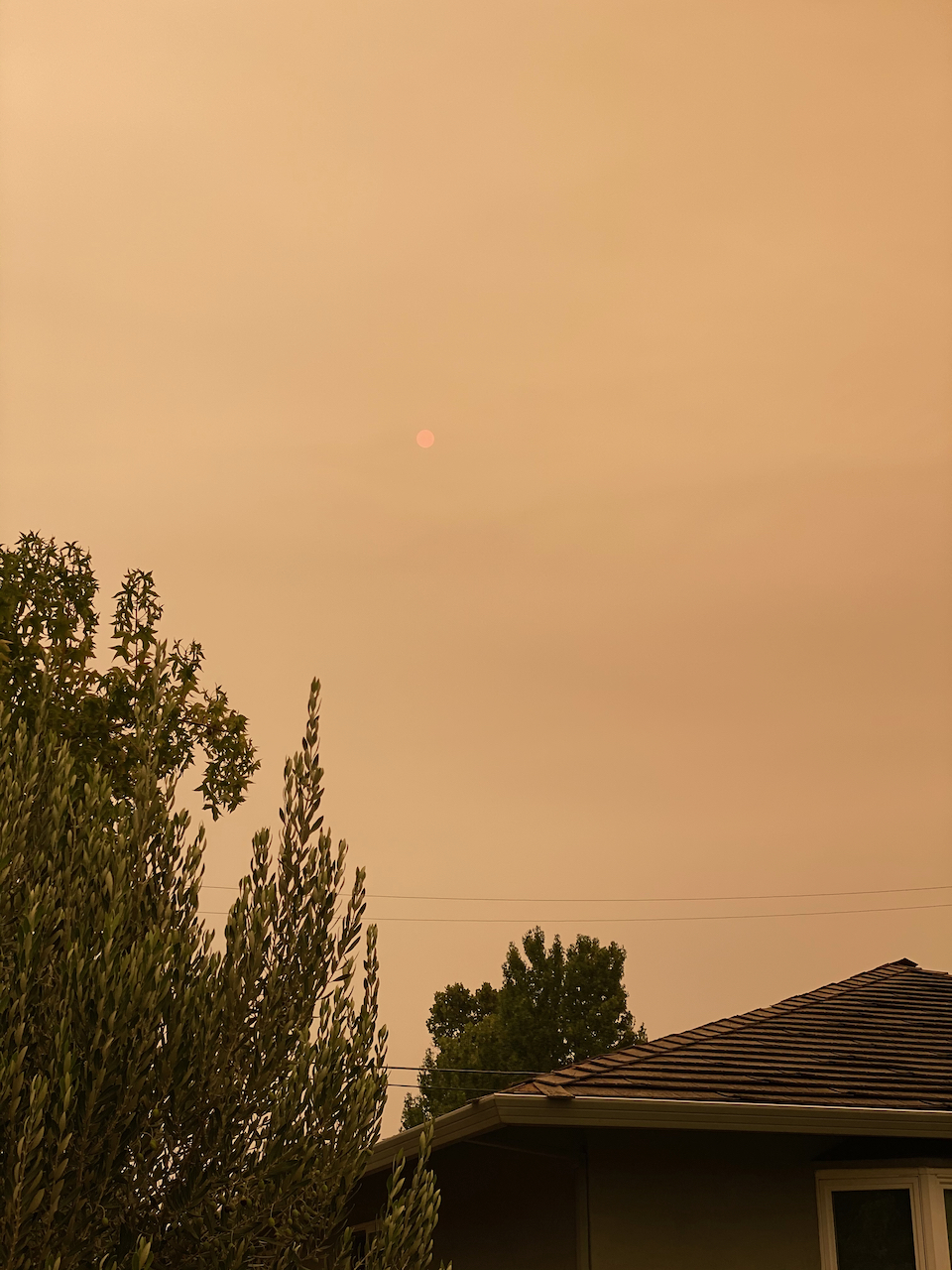 It was dark when we got up this morning – not surprising, since it was before sunrise. But it’s been dark and eerie and orange all day because of smoke from the Bear Fire in the Plumas National Forest, about 180 miles away. The air quality at ground level here has actually been OK, but everything feels ominous.

I figured out a fairly easy way to restamp all of the photos I’d exported from Apple Photos but hadn’t yet put into Lightroom with their proper capture times by letting exiftool do the heavy lifting.

All I had to write was 33 lines of Python and 4 lines of Bash (see the repository if you’re curious). The Python generates a CSV file for each day in the Photos library with the information exiftool needs to modify each photo and a call to the Bash script for each day. The Bash script calls exiftool, telling it to use the CSV to set the capture time based on the CSV file (which is based on the Photos library), but only if the photo doesn’t already have a capture time.

It’s not elegant, but it worked. Now, when I import photos into Lightroom, they have the right time and date.

I also got my new RTL-SDR.COM dongle and new antennas; I put them on the Raspberry Pi and things seem to be working. I also discovered that the Pi was falling off the wifi and that there were error messages about not having the right firmware for the wifi on the Pi; I found the right firmware and installed it. We’ll see if things are better overnight.