She’s told the story of the first Shabbat service she led at Shir Hadash, which ended with her and the Temple secretary driving all over town trying to find a place for a homeless man to stay for the night. Her last service will come with its own story – it got Zoom-bombed by at least half-a-dozen vandals! She closed the room and reopened it and we were very careful about only letting known people into the service the second time around (a couple of us volunteered to co-host so she could actually lead the service) and there were no further incidents.

This evening, we watched City Lights’ production of Mark Anderson Philips’s one-man version of A Christmas Carol – it was very good (if you want to see it, go to cltc.org/tickets before January 3). But I got distracted by a stuck pixel at the bottom of the TV screen – I wondered if it might have been an artifact in the recording, but it stayed on after the show. Then I wondered if the TV might be giving up the ghost (and providing me an excuse to upgrade), so I moved the cursor to bring up a browser…and the “stuck pixel” turned out to be the tip of the cursor that had been sitting at the bottom of the screen the whole time. So much for that reason to upgrade!

I woke up today realizing that I had two problems that I could solve if I just spent a little time learning how to make images in Python:

The second problem was smaller, so I attacked it first. It was easy to create a PNG file from the text for a label and print it; the hard part was figuring out how to print it to a label of the proper length, and the documentation is, shall we say, very limited. Trial-and-error was my friend. 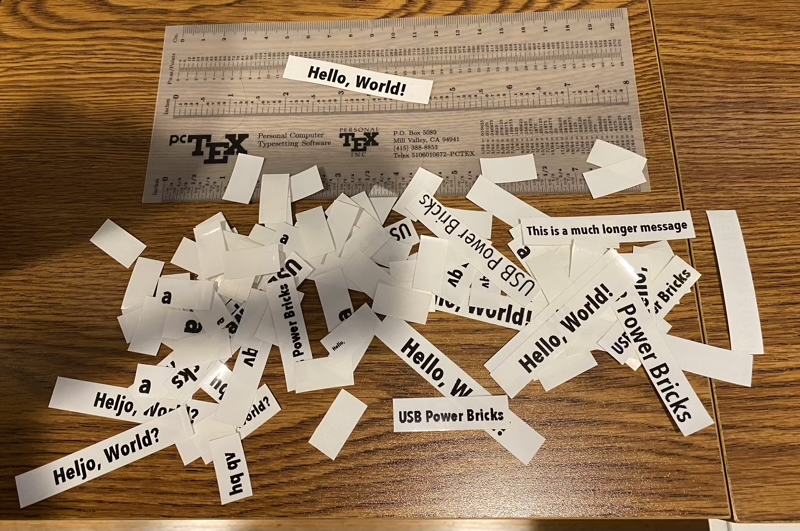 A few dozen trials, and most of my tape supply, later, I have a working program that lets me print labels in any font on my machine (figuring out how to specify the font by name and variation instead of filename and index was not easy). It’s on GitHub in case it’s of use to anyone else.

Creating the graphic for the weather notification will happen some other time.

I hit my first significant incompatibility with Big Sur and my new Mac mini today. For many years, I’ve had a Brother PT-2730 label maker attached to a Mac in the office; by using Brother’s P-Touch Editor, I could create labels in any font I wanted. The software wasn’t the easiest thing in the world to use, but since I was only writing a few words at a time, it sufficed.

But when I migrated to Big Sur, the software crashed as soon as I tried to type anything. And Brother doesn’t seem to plan to support it on Big Sur; they have a new version of the editor on the Mac App Store, but it explicitly does not allow printing to older label makers like mine (I tried).

The obvious solution (at least from Brother’s viewpoint) would have me buy a new label maker that is supported – but that seems silly.

The next most obvious solution would be to install the Windows version of the editor on Diane’s Windows laptop, plug the printer into that machine, and declare victory. But that would require fiddling with Windows.

I was able to print directly to the label printer from Microsoft Word, but I haven’t found a way to print a label with an arbitrary length from Word. I’m looking for code that will do it from the command line, but haven’t found it yet.

Maybe using Windows for printing labels isn’t a totally horrible idea after all. 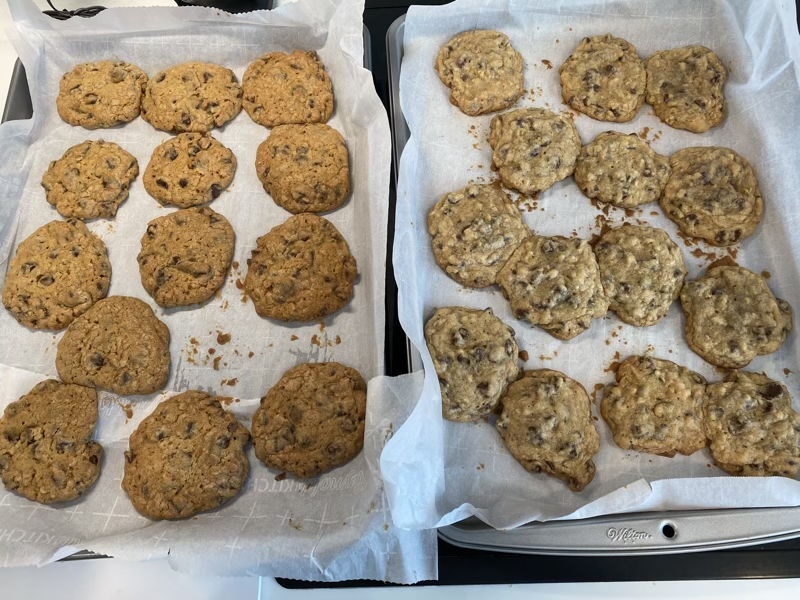 We made cookies this morning according to the Doubletree recipe (except that we left out the walnuts – we were giving them away to neighbors and weren’t sure of nut allergies). It was messy, but the results were good!

We sent the ZVOX speaker I mentioned on December 13 back to ZVOX today. It definitely did clarify voices, but it was at the expense of stereo and a good bit of naturalness of the sound. I can get close to the same level of clarity by adjusting the graphic equalizer on the Denon receiver, and that means one fewer box and one fewer remote control to deal with, which seems like a fair trade for now.

This afternoon, I heard a “tink…tink…tink” sound from an external hard drive on Diane’s machine. Fortunately, it was only a backup/Time Machine drive, so there was no real loss of data, but I would like to get her machine up on Time Machine again real soon, so I think I’m in the market for another external drive (this one was at least five years old, so it’s not surprising that it failed).

After that, I decided to clean up the wiring around my computer in my office – that was several hours ago, and some things still don’t work. Maybe tomorrow will be better…. 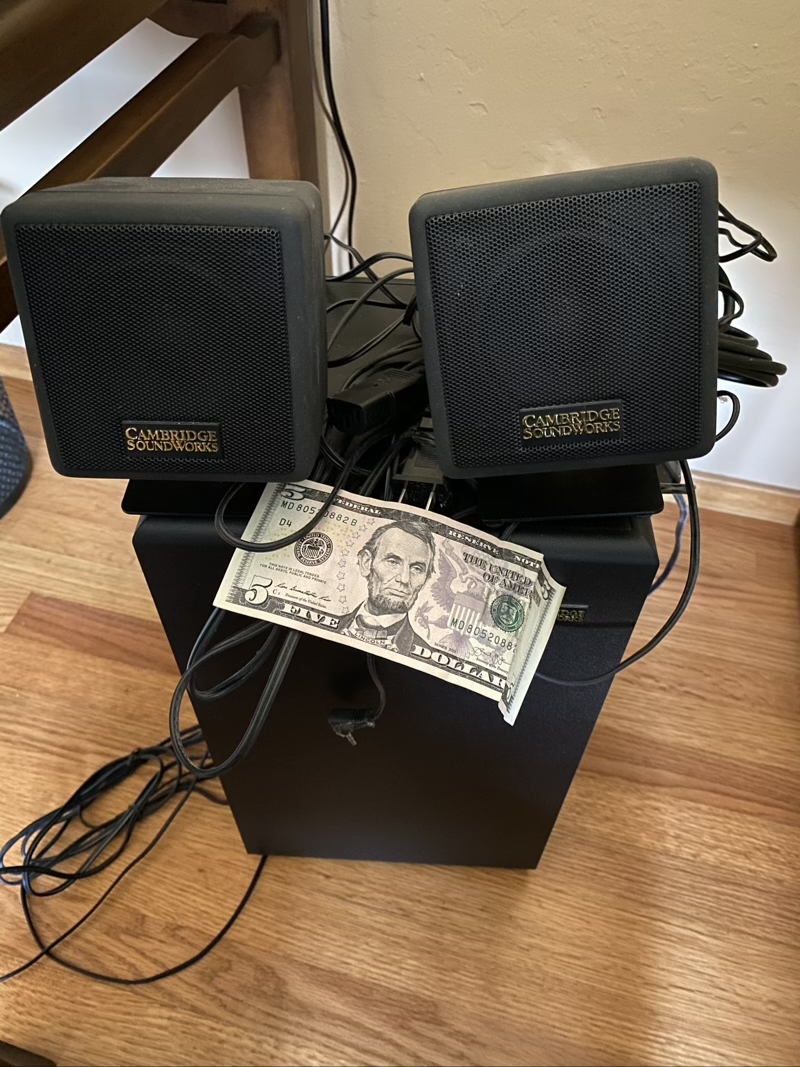 I set up the speaker system I mentioned yesterday; it’s a Cambridge Soundworks “Microworks”. I wouldn’t exactly call it “micro”, but it works. Unfortunately, it also uses a lot of power (85 watts) and suffers from a good bit of hum, so I’ll probably get some small desktop speakers instead, with a switch and volume control that I can reach easily instead of having to go under the desk.

I had my first meeting with the new District Web team this afternoon – I’d been trying to get a replacement as Webmaster for a couple of years, but I hadn’t ever set a date certain for my departure, so nothing happened. In October, I told the District Director that I needed to be replaced by the end of 2020, and it’s happening! I will be helping tie up loose ends for a month or two, I’m sure, but the direction is clear.