Diane read Torah today at Shir Shabbat and I led the service and managed the Zoom session. The last few times we’ve been in those roles, we’ve connected from different rooms, but today, we decided to share one computer. It worked pretty well, except that I had to keep turning mute on and off in the Zoom app and also advance pages in the Kindle app and the screen-sharing toolbar in Zoom kept blocking the page number field in Kindle. Eventually, I figured out that I could move the Zoom toolbar to the bottom of the screen, and that helped, but it was still clumsy.

After the service, I figured out a better way – I used Keyboard Maestro to build an automation so I could hit Command-Shift-A in Kindle and send it to Zoom to toggle the mute state. It’ll be a while before we’re leading services and reading Torah again, but it should help – and it was nice to be together during the service!

Dinner tonight was a little bit of an experiment – we had planned to make Delicata, Radicchio, and Black Rice Salad, but there was no delicata squash to be found. Google suggested substituting a sweet potato – it worked pretty well (and not having to scoop out the seeds sped the process).

After dinner, we went out for a quick walk; the full moon was low on the horizon and it was breathtaking. Unfortunately, I hadn’t thought to bring any camera other than my iPhone, and there was just no way to get enough moon in the frame to get a decent picture. But after we got home, I took out the Lumix FZ1000M2 with its zoom lens and took a few shots, even though the moon was much higher and not nearly as glorious. I tried using exposure bracketing and letting Photoshop merge the images – the result was better than I’d hoped for with hand-held photos. 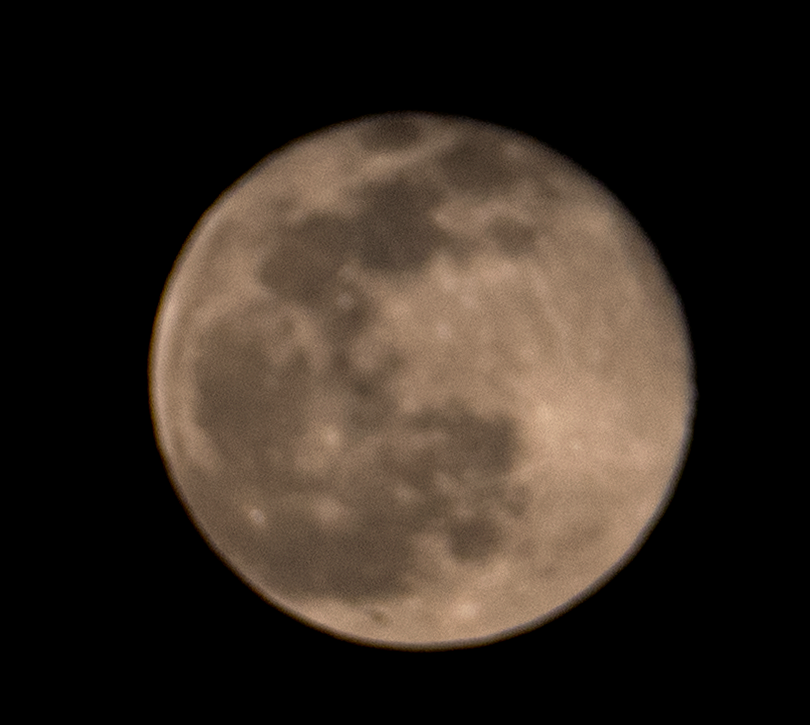 Maybe I can plan better next time!