According to the Torah (Exodus 13:6-7), Passover (especially the requirement to eat only unleavened bread) is seven days long, and that has always been the case in Israel. But in the rest of the world, Jews added a day to Passover (and other holidays, with the notable exception of Yom Kippur) to be sure their observance completely encompassed the “proper” days as determined by observing the Moon in the land of Israel – and this custom continued long after the calendar was mathematically fixed so that there could be no doubt about the “proper” days.

In 1846, the Reform movement of Judaism (which includes our congregation, Shir Hadash) decided that there was no need to add the extra day and reverted to the Biblical definition of the holiday – seven days. And so Passover ended for us at sundown this evening, allowing Shir Hadash to kick off this year’s Gala celebrations with a Zoom make-your-own Pizza party.

Of course, we weren’t left on our own; Cucina Bambini provided the instructions and instructor, Ryan. He took us through the process and made suggestions about changes to make if we had more time (such as letting the dough rise longer), but even with the short schedule, the pizza was pretty tasty. We couldn’t quite finish what we made, but I’m sure it’ll be just fine as leftovers. 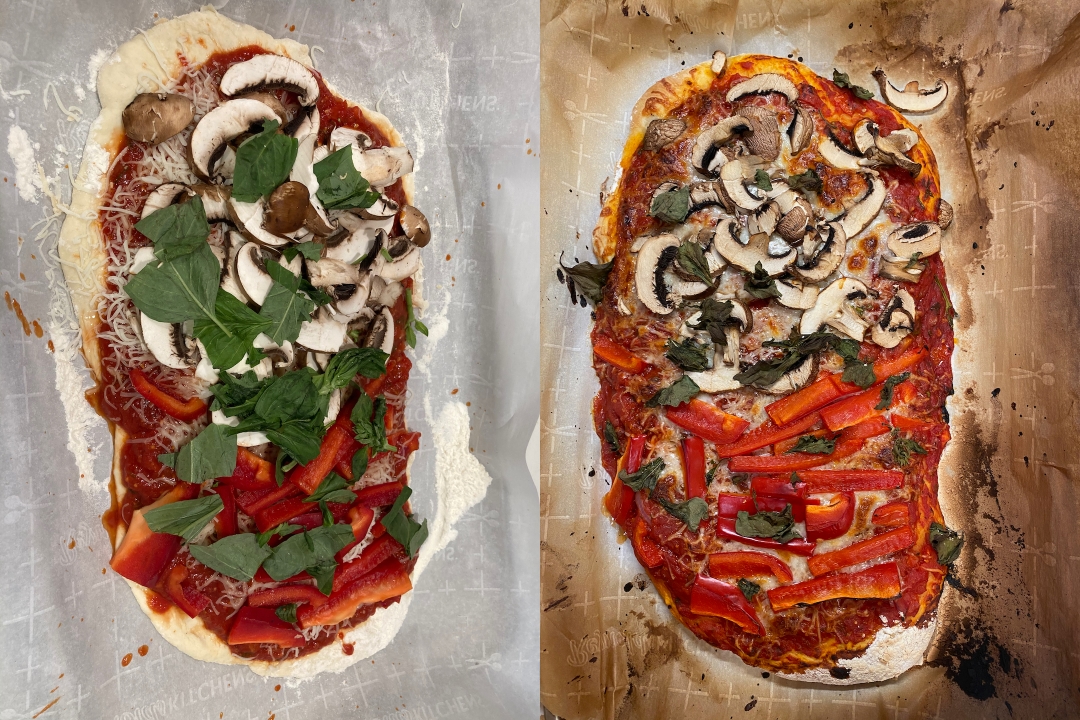