This year, we had full attending memberships for Discon3 in Washington, DC. It was supposed to have happened in August, and we might have been able to go, but then they lost one of their hotels and Covid-19 hit, so they rescheduled for December 15-19, and we chose not to go. But they’re making all of the big events and some panels available online, so we attended the Opening Ceremonies this afternoon from the comfort of our couch.

The view and sound were excellent; I didn’t have to worry that a tall person would sit in front of me; there was a little chat going on, but it was easy to ignore. And I wasn’t in a room with hundreds if not thousands of other people, and I didn’t have to stand in a long registration line.

The ceremonies themselves were fairly entertaining; they gave out some honors that are traditionally presented at the Hugo Awards, such as the Big Heart award. There was an excellent choral group from the Duke Ellington School of the Arts in DC (I wasn’t thrilled by the choice of music, but the artistry was great). And Sebastian Martorana, the designer of this year’s Hugo Awards base, spoke about his design – it’s a block of marble from a local quarry which got flooded decades ago. He salvages the stone from buildings being destroyed (like abandoned row houses in Baltimore) and makes artwork from it – it was a great presentation.

Next year’s Worldcon is Chicon 8 in Chicago, on Labor Day weekend. We have attending memberships, but if we’re lucky, we’ll be in Africa instead.

After watching the Opening Ceremonies, we joined some members of the South Bay Striders for an “Afternoon Amble” on the club’s San Jose Year-Round Walk at Almaden Lake Park. It was a pleasant walk, and we finished while the weather was still good. Diane even had a chance to take a nice photo. 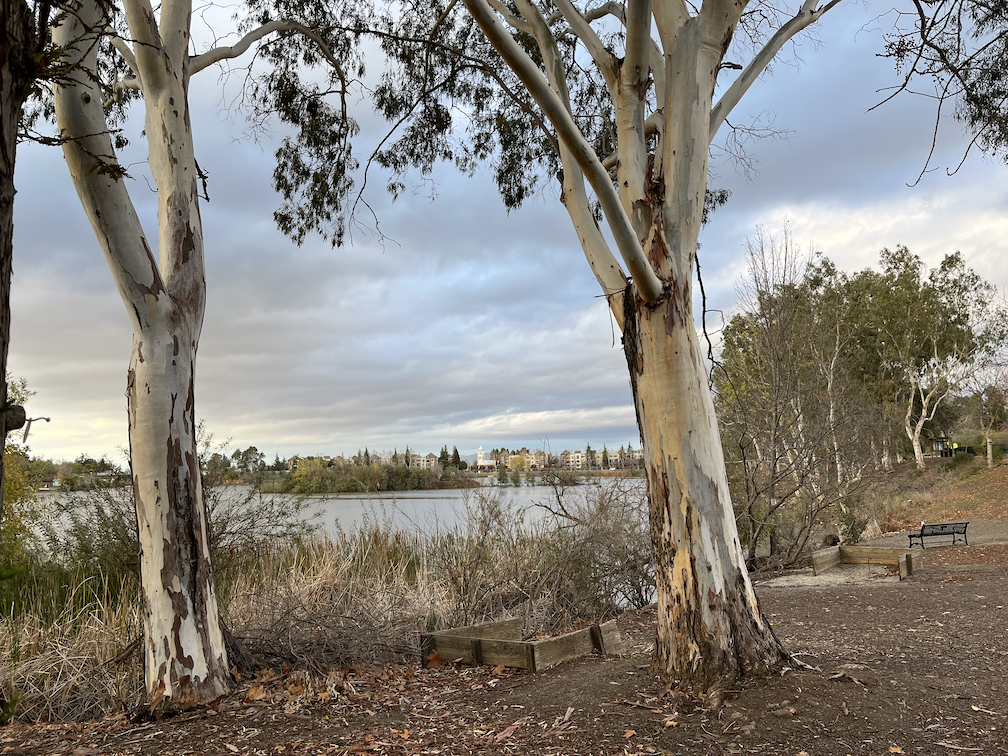