When I had problems with my Mac Mini last Wednesday, I realized that life would be better if I cleaned up the area around the computer and got the cables under better control. I was too tired to do it that day, though, so I said I’d do it “tomorrow”. I didn’t.

Today, I realized that I had a Best Buy coupon for $25 that was going to expire tomorrow. I’d been thinking about the setup in the office for a while, and I realized that a display riser would be a big help in clearing up the space around the computer. Best Buy had this one for $24.99 – and it was available for immediate pickup. I tried to order it, but the system wouldn’t accept my coupon because the item cost less than the coupon value!

So we drove to Best Buy – I was sure I could find something to buy there along with the riser. I mentioned my problem to the employee who showed me where the display risers were stocked. He mentioned that they sold candy next to the checkout – problem solved! We left the store with the riser and a KitKat bar and no coupon.

It took me a while to sort everything out – among other discoveries, I found a power brick for a USB hub plugged into the wall, but not plugged into its hub. And I found at least one cable that was only plugged in at one end. It’s all cleaned up now, and I have lots more room around the computer. The next step is to order some shorter Ethernet and USB-C cables to replace some overly-long ones I’m using, but that almost certainly won’t happen tomorrow. 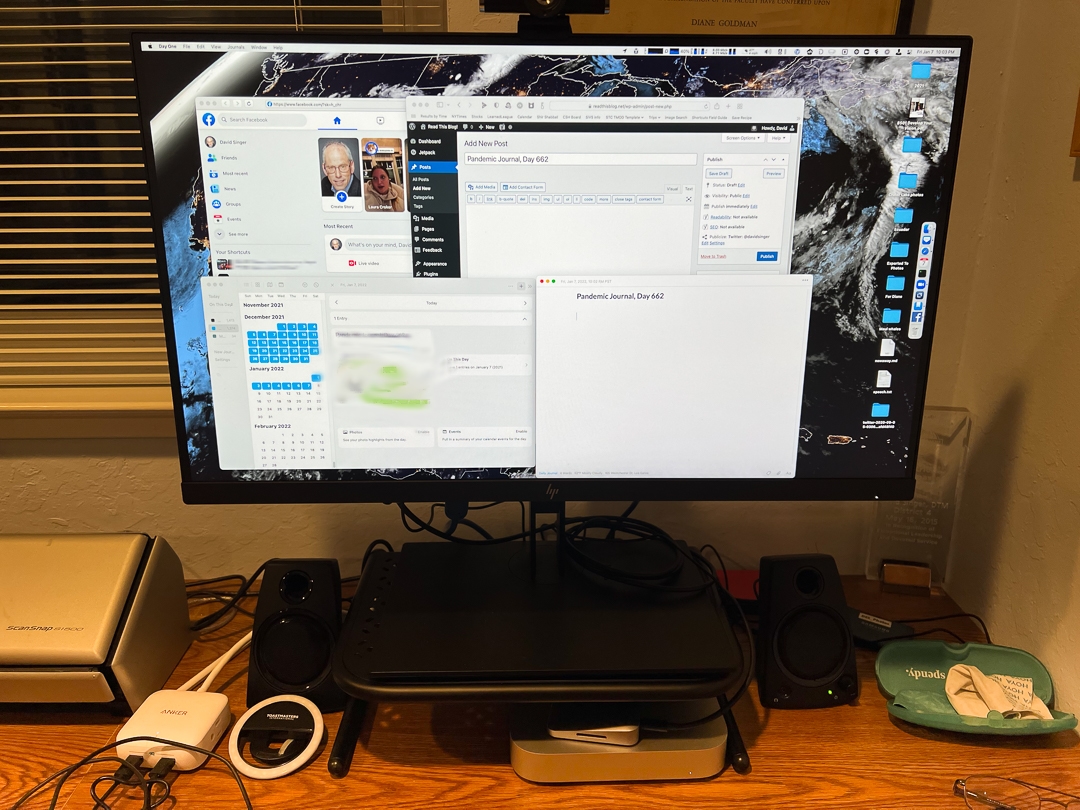 My FedEx package didn’t show up today (no surprise). And Costco has run out of the paper towels I ordered, so they cancelled that part of the replacement order. Someday….