This morning, I was the first speaker at the Silver Tongued Cats and I decided to talk about my struggles with home automation over the years (and especially the past couple of weeks). Because I was using the speech for the “Understanding Vocal Variety” project, I chose “Home Automation Blues” as the title and exercised extreme vocal variety by literally singing the blues to start the speech – a capella and undoubtedly off-key. I wonder if a guitar would have helped?

After that, we took off for Yosemite (via Casa de Fruita), arriving at the Yosemite Blue Butterfly Inn just after 4pm. There’s a very nice view from the deck and lots of birds around – the owners told us that when the water isn’t flowing as briskly, you can see the fish swimming around.

We unpacked, got some advice, and headed off to the park to do a quick drive up to Yosemite Village before dinner. We stopped at several of the parking areas along the road and took lots of photos, mostly of waterfalls – but so far, I’ve only been able to get one of them uploaded.

Despite the technical difficulties, we’re off to a good start! 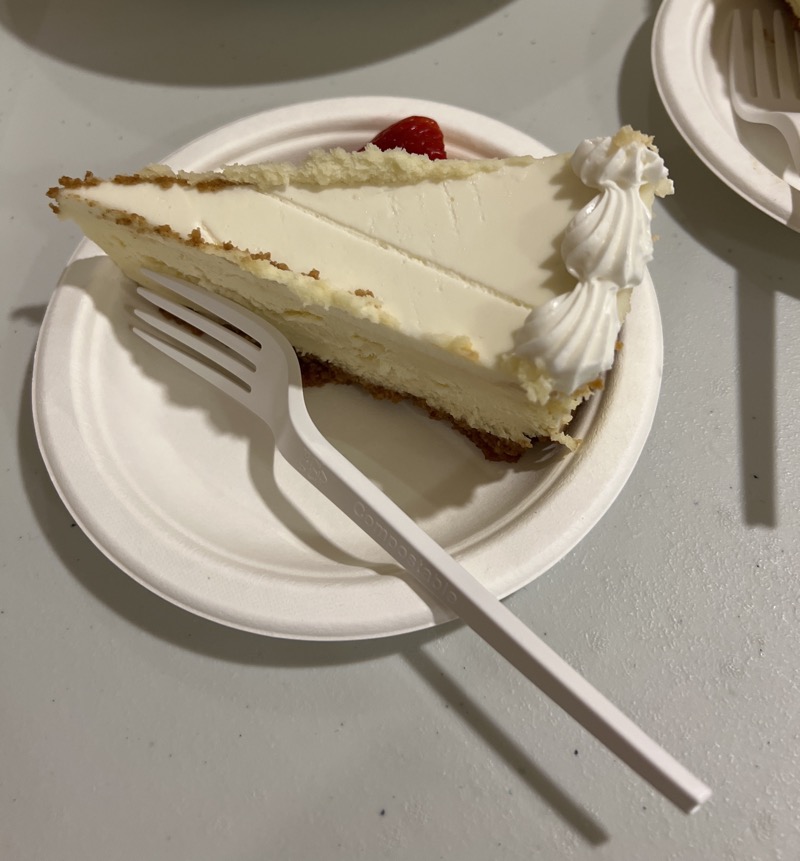 Tonight, the Shir Hadash Adult Education committee hosted “A Taste of Adult Ed”. Diane has been the leader of the Book Group, part of Adult Ed, for a few years, so she gave the attendees a chance to engage with a bit of a book (Rav Hisda’s Daughter by Maggie Anton).

I’m not on the committee, but I attended for four reasons: to learn, to support Diane, to look for synergy between Adult Ed and the committee I lead (Ritual), and to eat cheesecake (which is traditional to eat after studying on Shavuot – and Shavuot is only a couple of months away). I’m happy to report that the cheesecake wasn’t the best reason to have been there!

It won’t surprise anyone who knows us if I tell you that we like chocolate. And we usually have a few different kinds available so we don’t get tired of one particular variety. 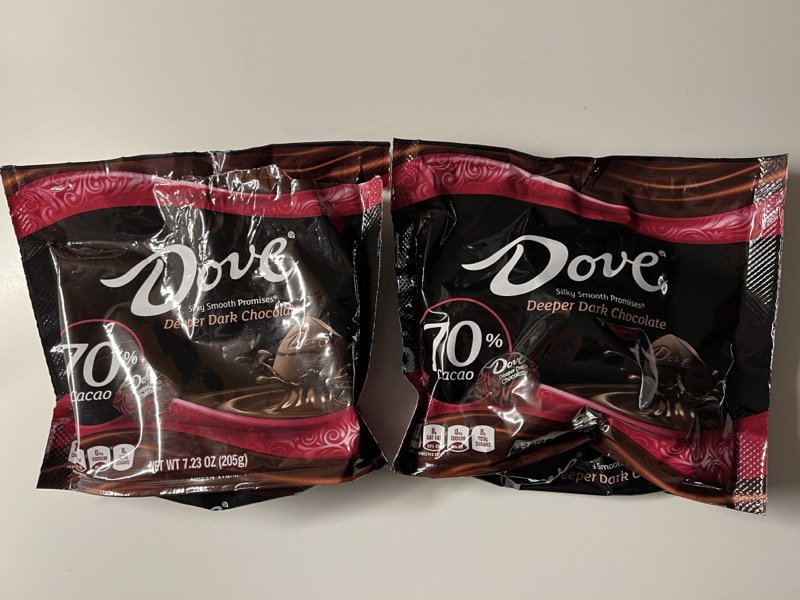 Last year, we picked up a couple of bags of Dove Dark Chocolate Promises® at a post-Halloween sale. They’re not our absolute favorite chocolates, but they’ve always been good, if a little bit on the waxy side. I put them aside for later, and finally got around to opening one of the bags today.

It wasn’t worth the wait. The waxy mouthfeel dominated, and there wasn’t much chocolate flavor. It wasn’t just me – Diane had the same reaction. I tried a second piece just to make sure and couldn’t finish it.

The right thing to do probably was to unwrap each piece and put it in the compost bin – but I did the expedient thing and threw both bags in the trash.

Throwing chocolate away – what has the world come to?

I mentored Toastrix, the Toastmasters club at Citrix Systems, during the 2019-2020 Toastmasters year, which meant attending their weekly meetings in Santa Clara (until they had to move online).

I kept attending after my formal mentorship ended, but the frequency decreased significantly – meeting on Zoom wasn’t nearly as much fun as seeing them in person.

But today, I got to see many of the members in person – they held a get-together at DishDash in Sunnyvale and invited me. It was the first time I’d eaten with a group in a restaurant in a long time, and I don’t think I was the only one.

Over the last couple of years, the club became an open club – many of the members had moved out of the area, left Citrix, or both. One of the people who came today arrived with a suitcase – he’d flown into SFO and taken Caltrain to see us before going up to Palo Alto for a week of meetings at his new employer.

It was a lot of fun to see people and talk with them – and this makes two days in a row that I’ve had the opportunity to do that. I’m getting spoiled.

We went to a Shir Hadash “Gratitude Reception” today; one of the hosts is the person who got me started on the Indigo and Insteon home automation process. Their house is far more technologically sophisticated than ours; I don’t plan to emulate what they’ve done, nice as it is.

Perhaps it was appropriate that our house alarm went off while we were there. My watch told me that the alarm had gone off and that it was because the side door had opened – I figured it was because it was only closed by the latch, not the deadbolt, and the wind blew it open. And none of the motion detectors were complaining, so I ignored it – until my next-door neighbor called and said that the alarm was still sounding. I was able to turn it off, which I’m sure made her happier.

We made sure the door was well bolted when we got home.