Today’s project was installing the latest version of Home Assistant on the new Raspberry Pi I bought last month. Yesterday, I’d tried installing the version that runs on the “Home Assistant Operating System”, which is their preferred Raspberry Pi setup. It’s based on Linux, but is locked down tightly; it was also painfully slow to boot up and shut down (to be fair, that might have something to do with running it from an SD card). So today, I tried installing Home Assistant in a Docker container; it was much faster.

I had a basic setup running with a few critical devices defined in just over an hour – and then I discovered I’d made a mistake in my Docker configuration. I wanted all of the Home Assistant configuration and log files to be in a directory on the host machine, but I hadn’t put that into the Docker file – so when I restarted the Docker container, all of that work vanished.

I fixed that mistake and started again; it was easier the second time. I still have to get the lights and switches into the system, expose everything to Alexa and HomeKit, and rebuild my automations, so there’s a lot of work ahead, but I’m hopeful. 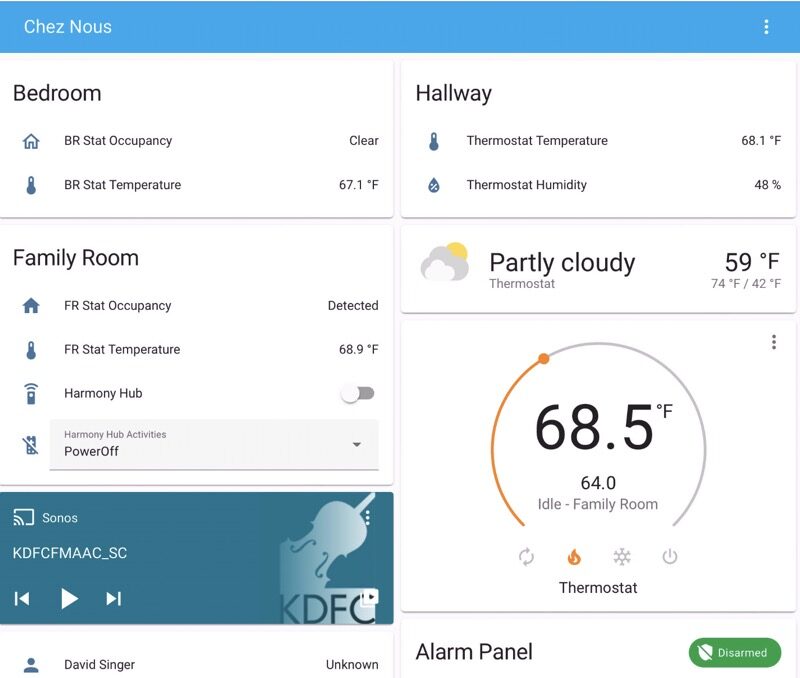 I’m also motivated. Apple released Mac OS 12.3 today, which removes Python 2 from the system. That breaks Indigo completely – they’re working on an update to use Python 3 but it’s not ready yet. And then all of the user-contributed plugins will need to be updated, too, and not all of them still have owners. I suspect it’s not going to be smooth.