Technically, we’re sailing to Vila Nova de Gaia because that’s were Ama docks, but it’s just across the river from Porto proper. Vila Nova de Gaia is also a much bigger city than Porto, but Porto has the reputation!

This morning, we had a short sailing from Pinhão to Régua; along the way, I admired some of the riverside residences like this one. 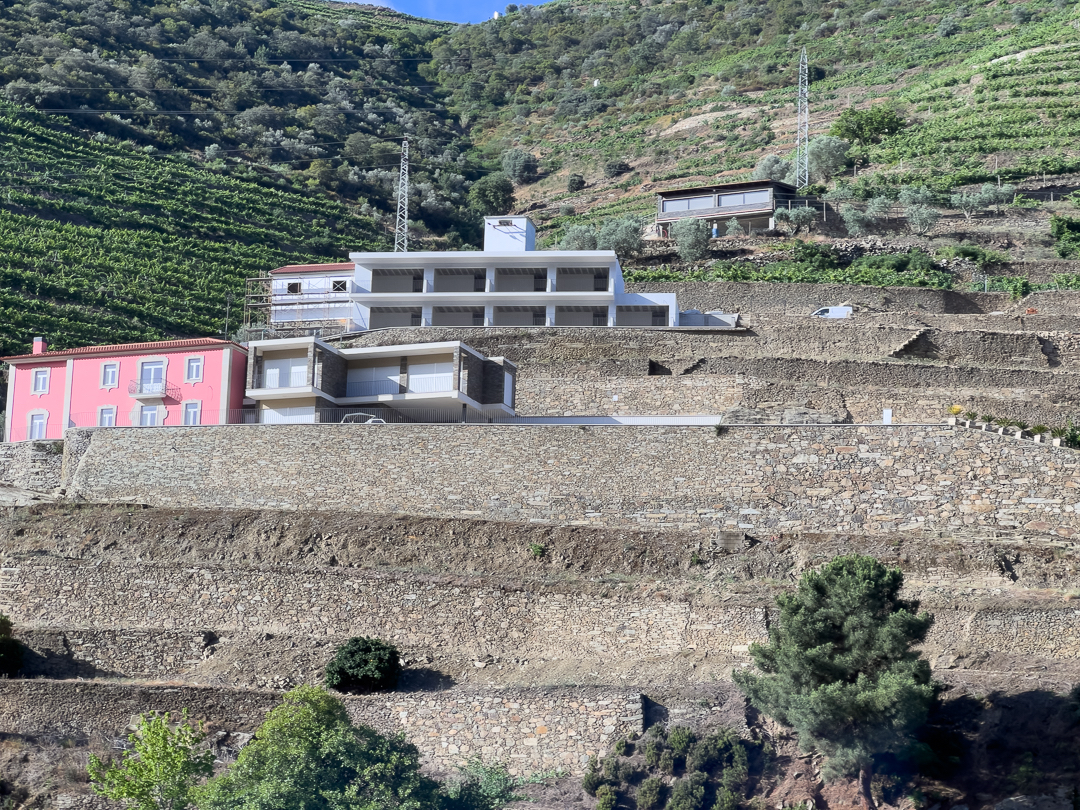 We had to traverse two locks today; the first was at the Bagaúste Dam; I went up to the Sun Deck in time to see the Captain on the bridge. 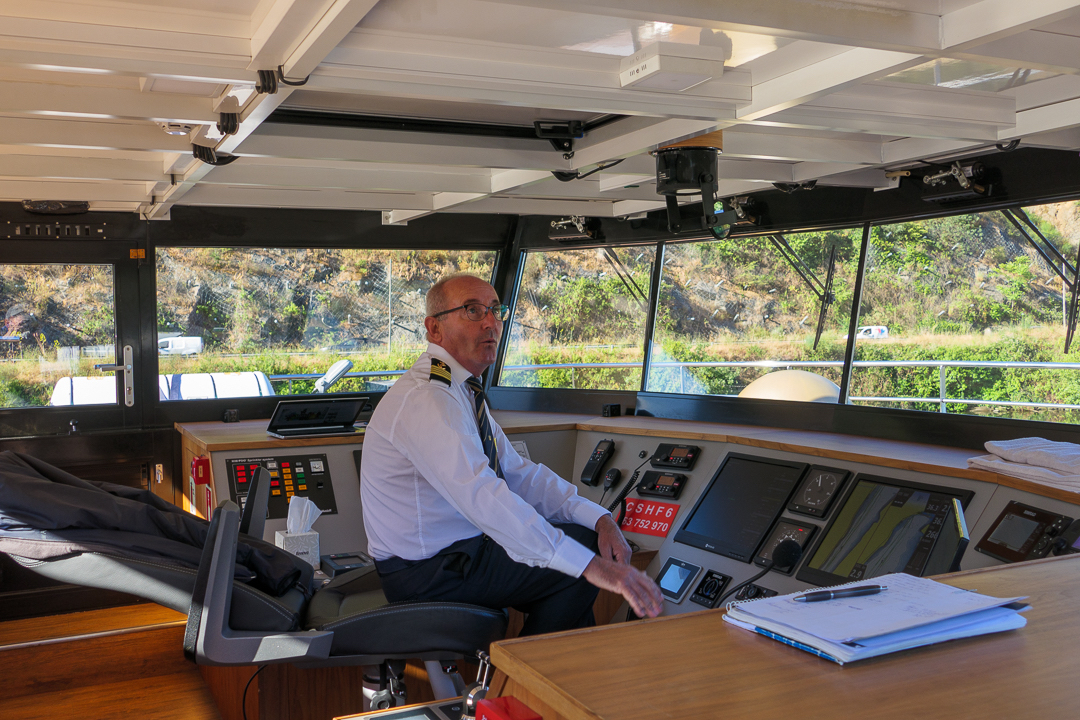 A few minutes later, they made all the passengers go below for safety – the last thing I saw was the Captain’s head above the bridge!

Our landing at Régua was to let us visit Lamego and climb the 686 steps up to the Santuário de Nossa Senhora dos Remédios. Part of the staircase was under construction, so we only had to walk the top half of the stairs. We still got some great views and enjoyed the tile murals at the landings. 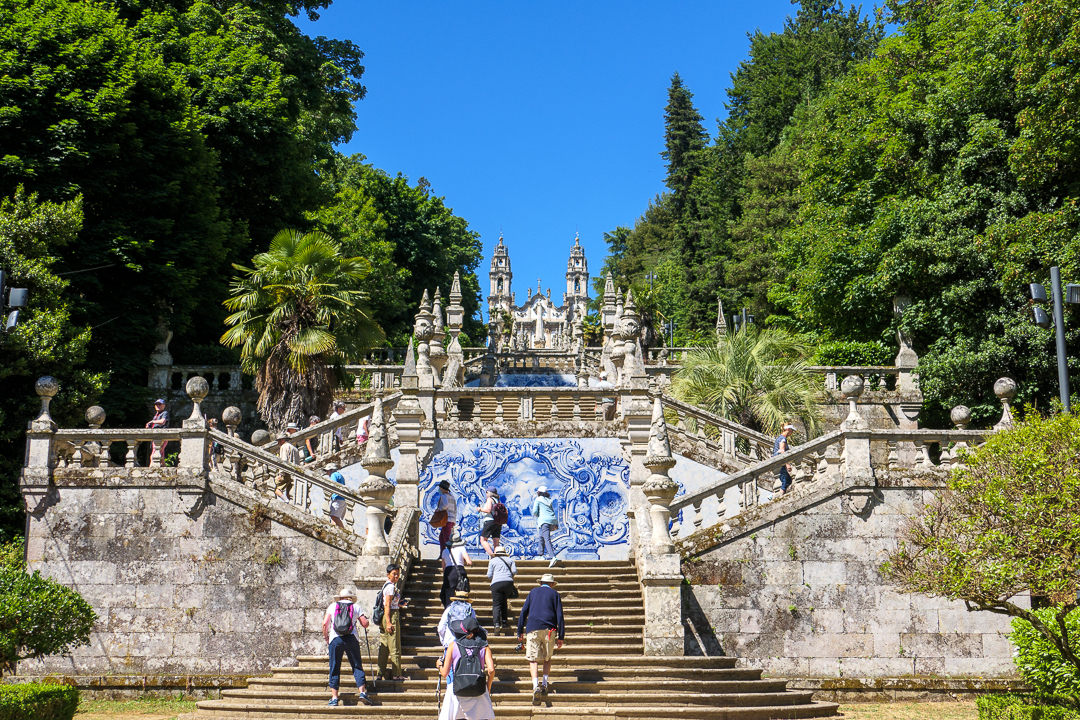 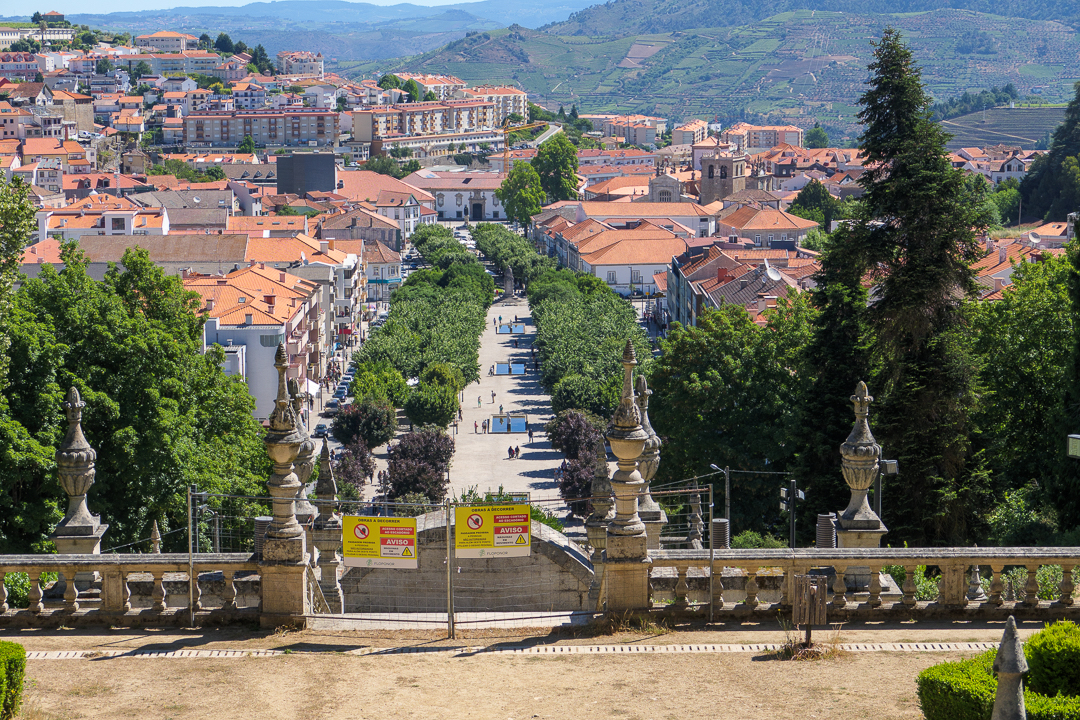 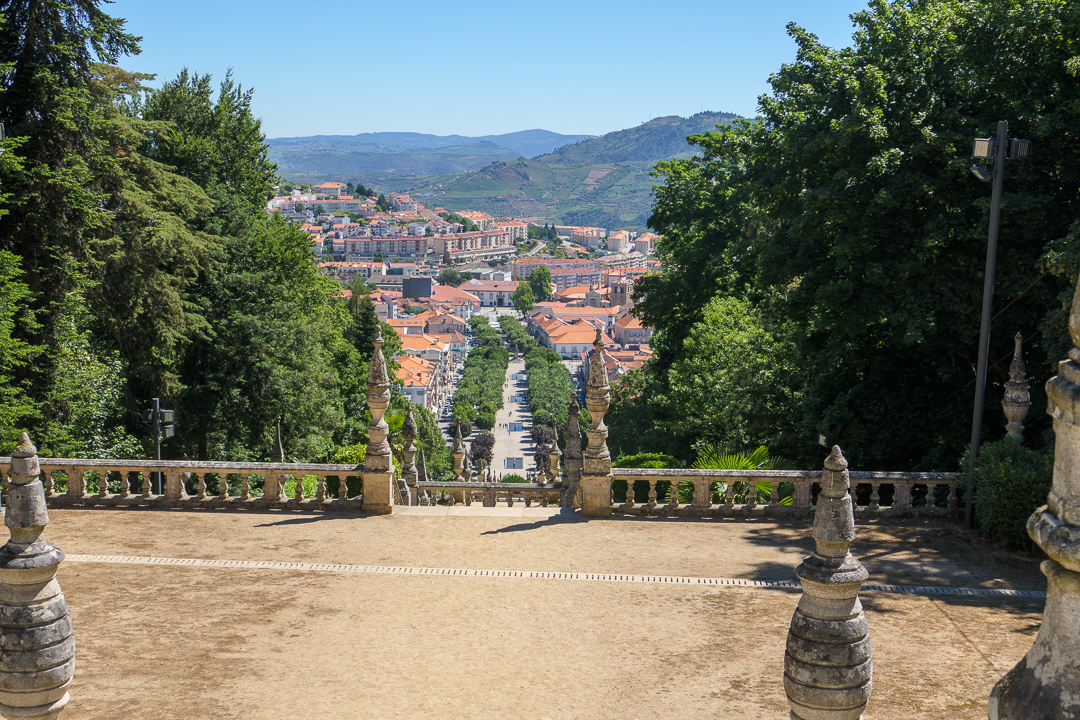 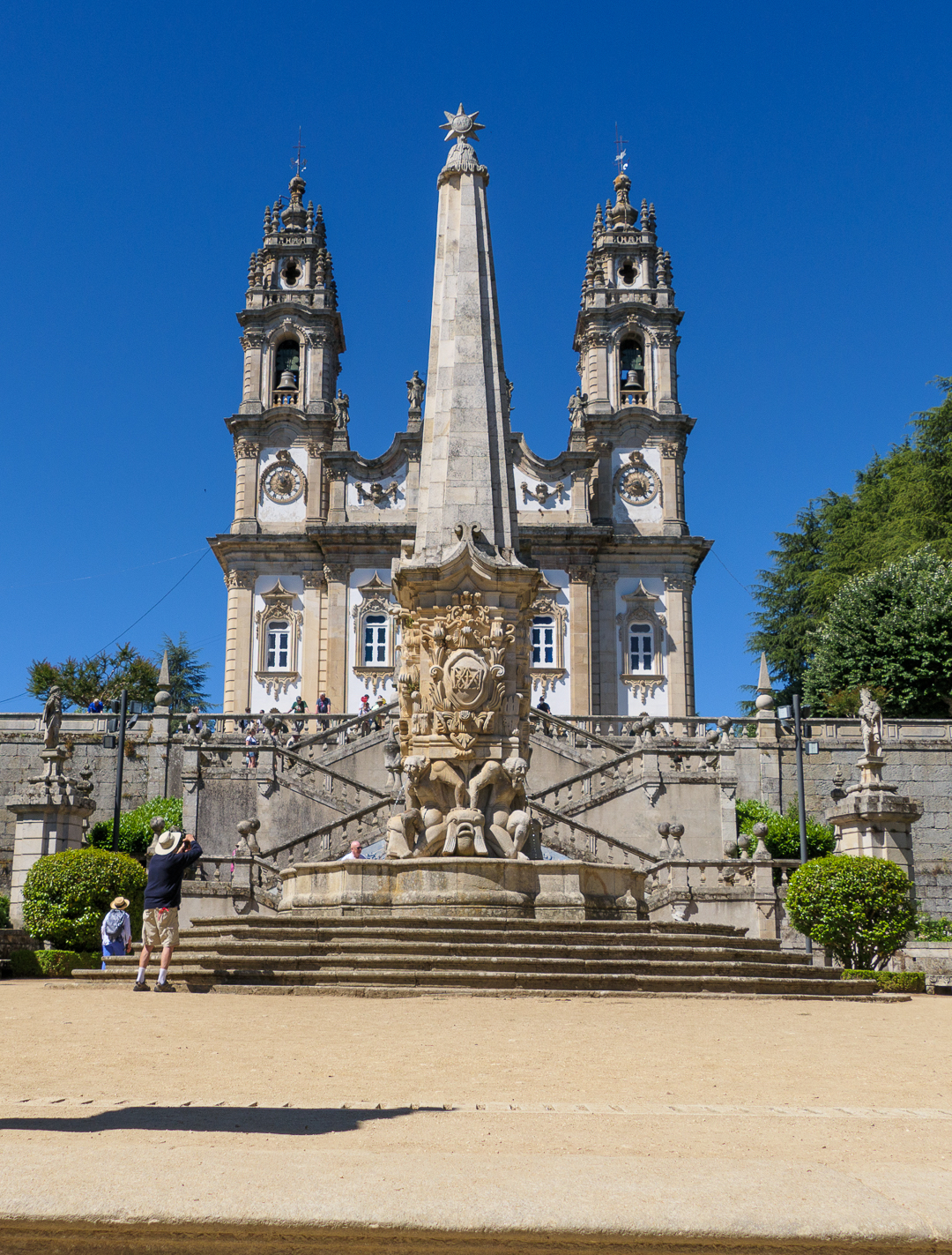 The inside of the church was spectacular, too; the ceiling was lovely. 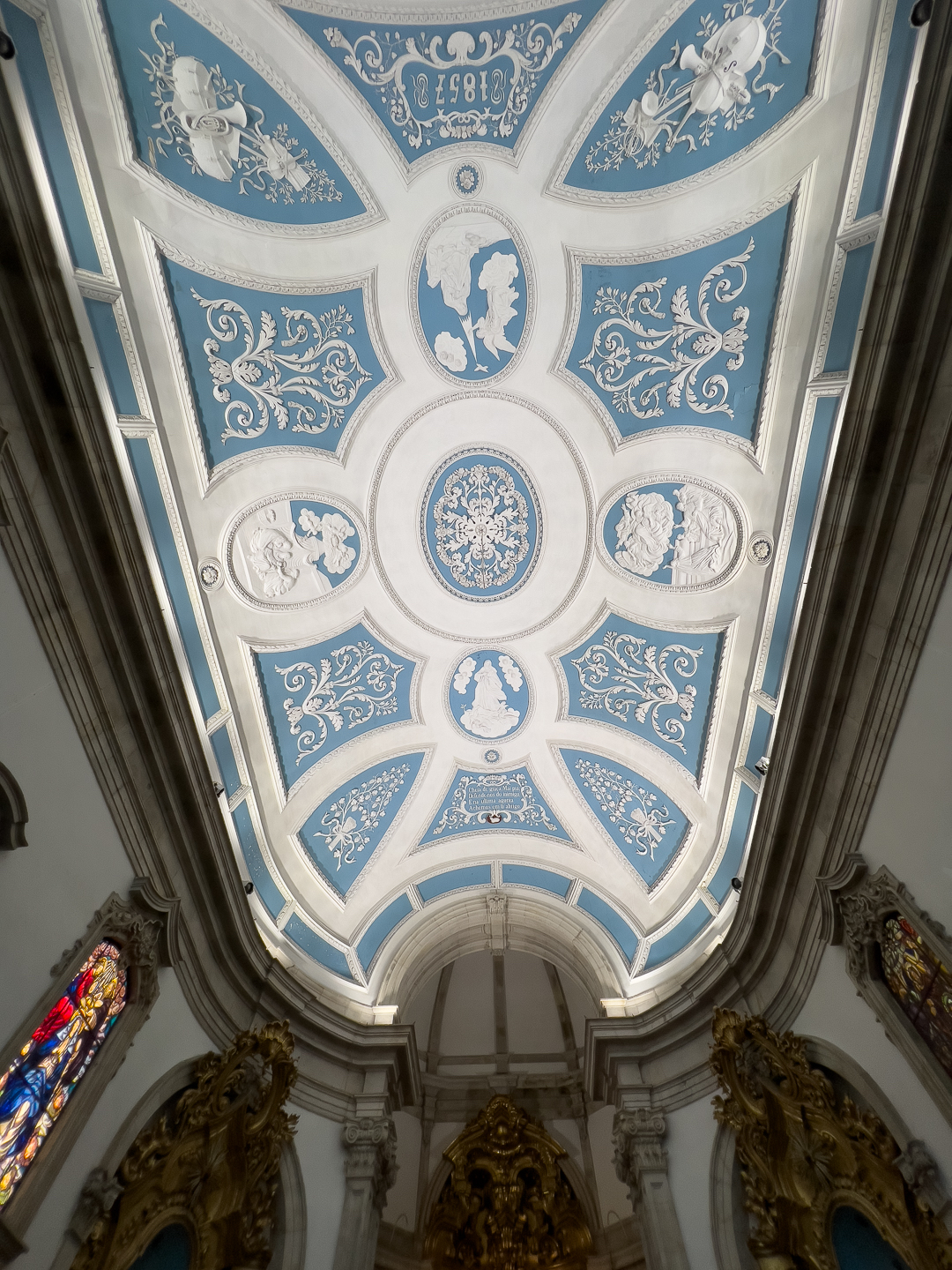 We took the bus down to a wine tasting (yes, another one!) and then walked around town for half-an-hour before returning to the ship for lunch. 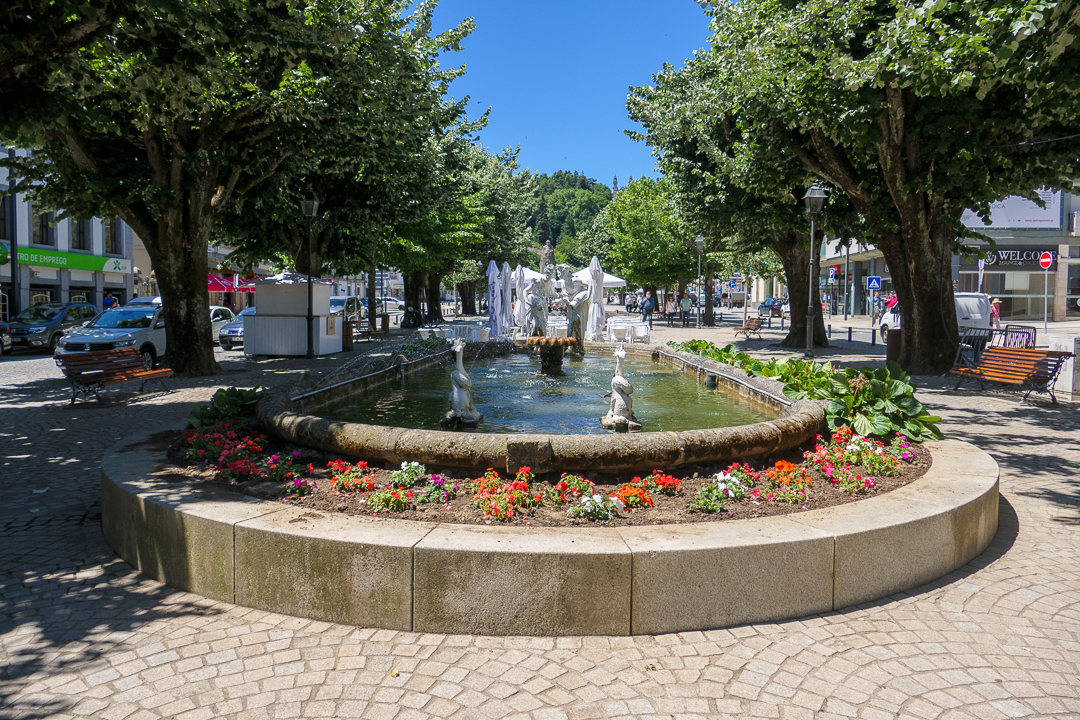 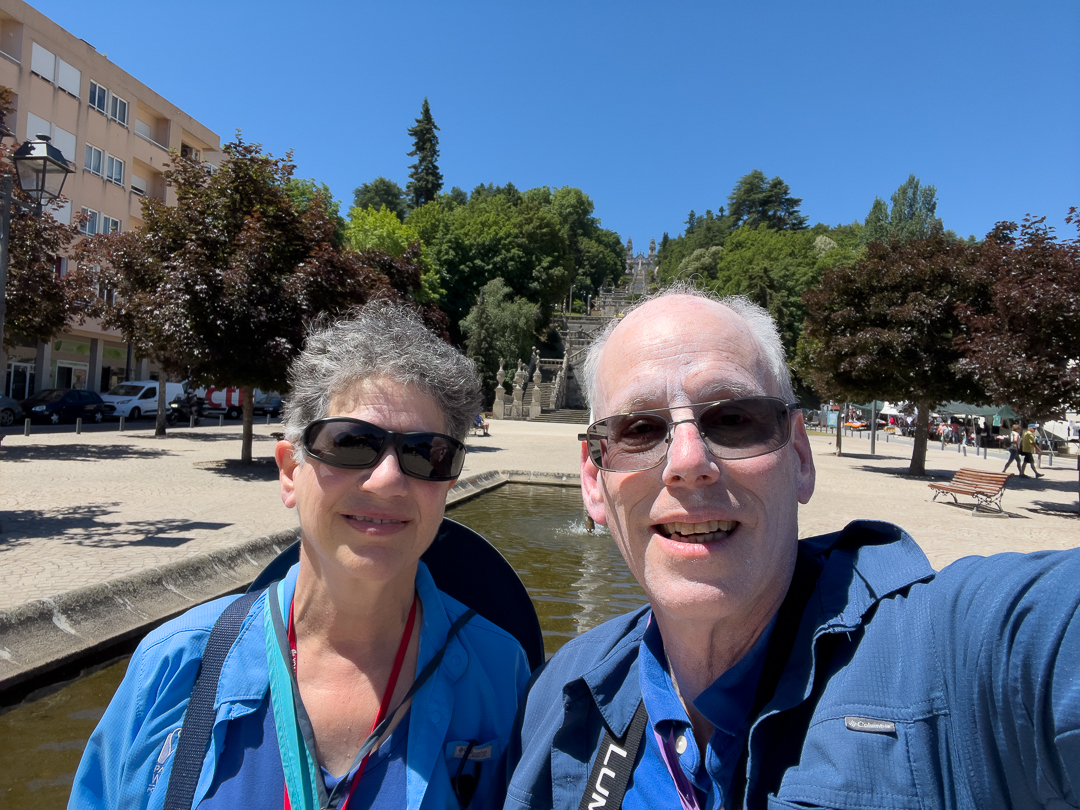 We sailed past the Sandeman statue on their estate at Quinta do Seixo; I guess we won’t be visiting them this trip. As I write this, we’ve just cleared the last lock of the journey at the Carrapatelo Dam, the highest lock in Europe; I’m so jaded by locks that I didn’t even go outside to watch the passage, so there are no photos.

It’s time to get ready for the farewell cocktail hour and dinner, so I will sign off for tonight.