It rained this morning! 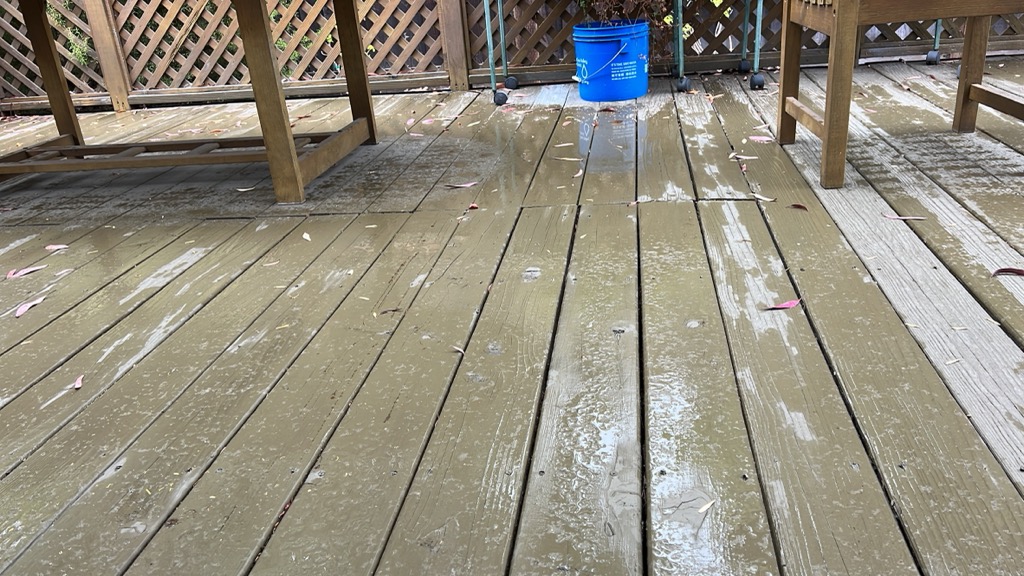 This afternoon, we saw the City Lights production of Fun Home. The sound where we were sitting was muddy which made a lot of the songs hard to understand (especially the ones sung by the boys), but I enjoyed it anyway.

We’ll be off to the premiere performance of Silicon Valley Shakespeare’s Measure for Measure in about an hour; there’s no phone service at the venue (Sanborn Park) and it’ll be late when we get home, so I’m posting now.

We did more preparation (mostly shopping) for our Africa trip this afternoon; Diane bought a backpack to use as her “personal item” on our flights, I bought another pair of tan convertible pants, and we found our copy of Mark Nolting’s African Safari Field Guide, which we’d bought in 2020 between our first and second attempts to take the trip. It had spent the intervening months in an undisclosed location, and it took me a while to find it!

The big news, though, was that I decided I was sufficiently recovered from the PDT treatment to shave this morning – shaving didn’t irritate my face, so I guess I was right. I do have a lot of skin sloughing off, but that’s progress! 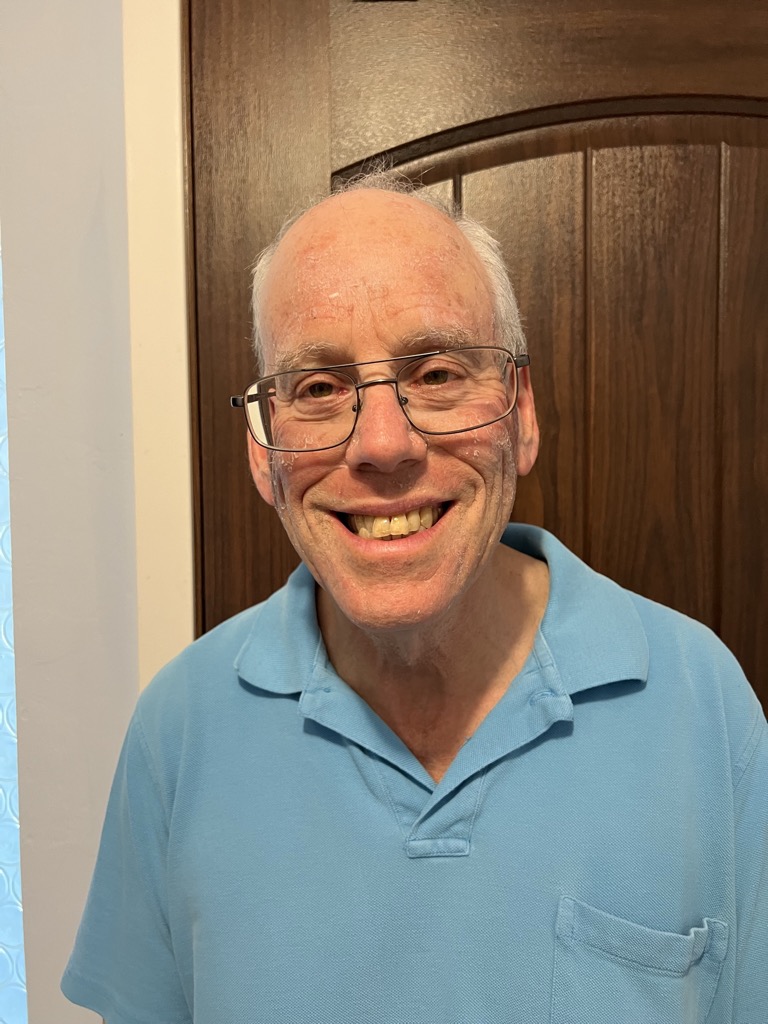 We spent most of the day working on final plans for our upcoming Africa trip.

We researched appropriate clothing colors – white is a bad idea; so is black and dark blue.

We shopped for new shirts in those appropriate colors and didn’t find them in the store, but did find it on their website – we should get them next week.

We started looking for interesting tours to take in Cape Town on the free days we have between arrival and the first scheduled activity.

We took the information in the Trip Book and excerpted relevant parts into a spreadsheet so we can see the trip at a glance.

And we’re looking for better backpacks to make the most use of underseat space; we want to avoid checking a bag if at all possible.

There’s more to life than trip planning, of course. We’re seeing Into the Woods at Lyric Theatre tonight; I’m not going to want to post after the show, so here you are! 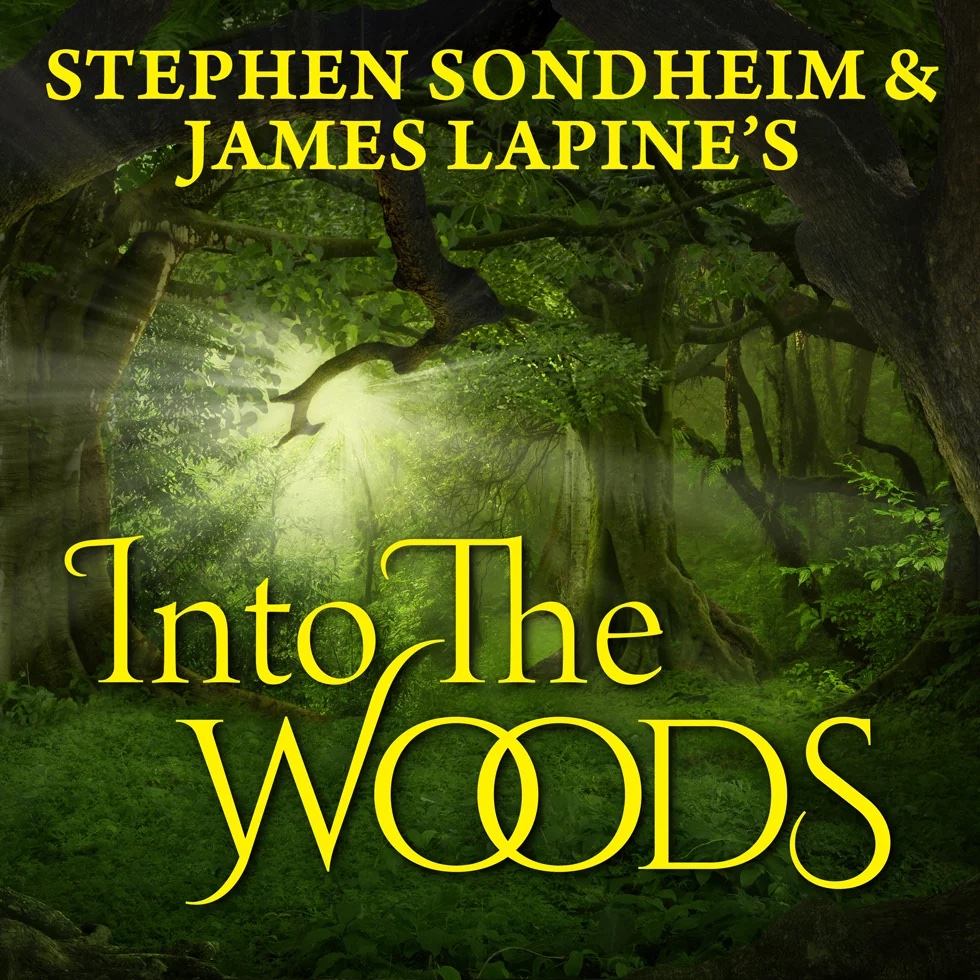 I finished the Visionary Communication path at the Silver Tongued Cats meeting this morning – I’d started it more than four years ago, so the word of the day (tenacity) rang a bell with me.

The final project in every path is “Reflect on Your Path” – you’re supposed to speak for 10-12 minutes about what you learned during the path and how you grew – and that was my assignment this morning. I spoke a lot about the “Vision” element of the path and how I might have chosen a different path if I’d read the mandatory “Develop Your Vision” project description first. People seemed to like the speech – at least no one dropped off the Zoom session while I was giving it!

I’m already well along on my third path (Presentation Mastery); I don’t know what I’ll choose after that, but I probably have a year to figure it out.

Our Internet connection has been behaving today; I hope I didn’t just jinx it.

I’m still not ready to go out in the sun or to shave, but I’ve been much less uncomfortable today than I was yesterday. I took a walk around 8:45pm and got to see a teeny-tiny bit of sunset. 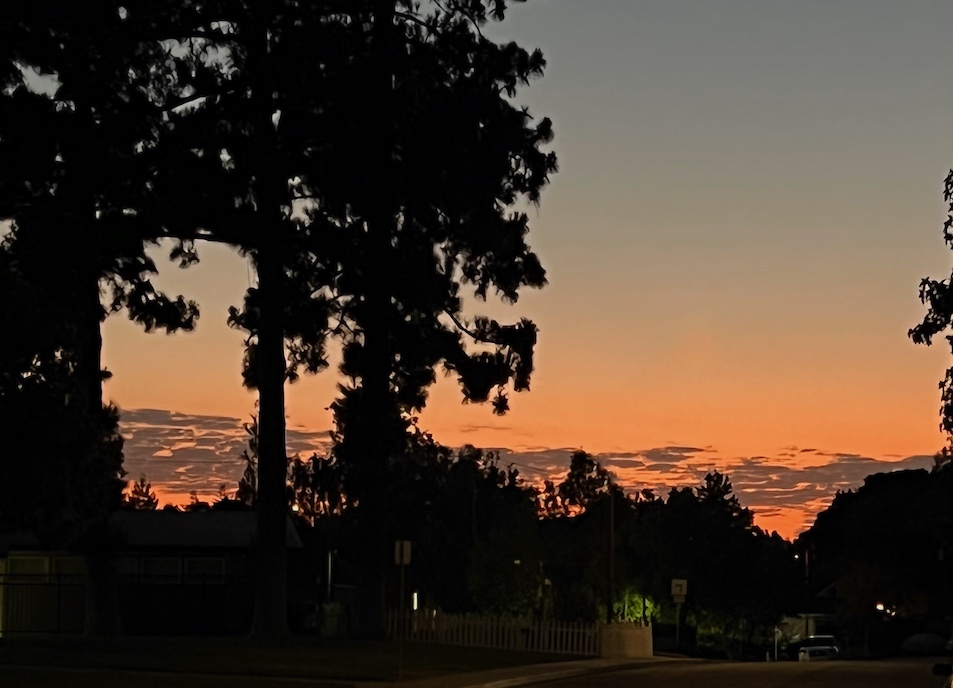 I went out for a walk with Diane this morning. I put on sunscreen and wore a hat that covered the sides of my face (and even more when I clipped the two flaps together at the bottom). I felt OK for the first 15 minutes – but then I realized that my face was beginning to feel decidedly warm and I turned for home, none too soon. 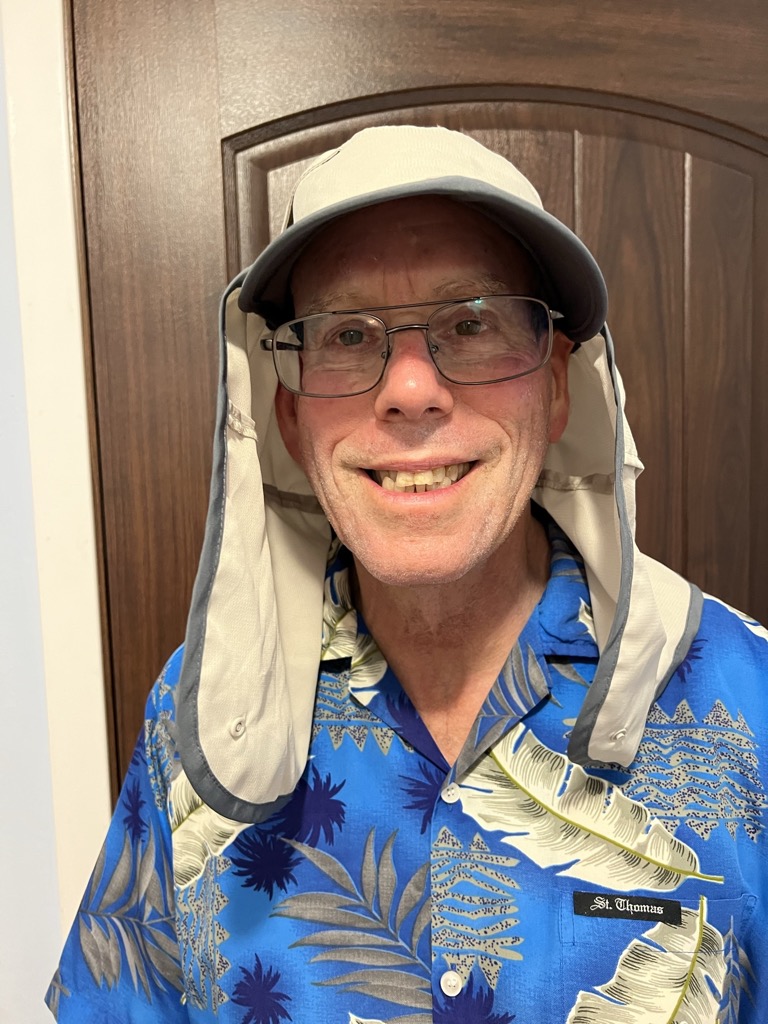 My dermatologist had told me not to shave for a few days, and I was happy to take her advice. I used the time I saved to do some yak shaving instead.

I wrote a little program to keep an eye on the status of our Internet connection, both looking outward from home and looking inward from my Linode server – it runs the ping command in a loop and writes any failures to the console.

And then I found that I couldn’t ping my home from the Internet – the router was throwing away ping requests for security. So I hunted through the documentation and figured out how to let ICMP Echo Request packets in, and then I could actually get data about my inbound connection.

After that I realized that I had no way to see what percentage of packets got dropped except by scrolling through the entire console log, which is silly. So I changed the program to update a little sqlite database after every ping result, and then I wrote a little shell alias to let me query the database and give me the results in a more-or-less human-readable format.

After running the program for a few minutes, I discovered that I was losing about 10 percent of the packets in both directions, which is insane. The cable modem showed lots of uncorrectable errors and several channels were no longer in use, so I powered it off and on and things got better.

How much better? As I’m writing this, both the outbound and inbound connections have sent about 45,000 packets and only dropped 6, or about .013 percent. I’m not sure if that’s acceptable or not, but it’s a lot better than 10 percent. And the cable modem still shows 31 channels in use, the same as when I rebooted it (and better than yesterday’s 28). I may still want to call Comcast, but I’m not noticing the problems I was having before, such as dropouts in streaming audio, so it’s not urgent. I think.

And then I got to work on updating the home automation server, which had been acting weirdly since we got home. Some parts of the software had crashed – like the ones which interact with the alarm system, the locks, and the lighting. I brought down newer versions of the software and that got everything back on the air.

Then I got really brave and updated Mac OS on the automation server. Downloading the update (more than 2GB) took about 3 minutes instead of the 30-45 minutes it had taken on my other systems – fixing the network paid off!

After the system rebooted, I took another look at the automation software; it has been logging data about events (like lights being turned off and on) for a couple of years, and I wondered if I could get any useful information or insights from it.

After learning more than I’d planned about the database (InfluxDB) that holds the data, the dashboard (Grafana) that lets you see what’s been going on, and the Indigo plugin that connects the automation server to the database and dashboard, I discovered that the system had spent the last couple of years logging every time that we turned a light on or off, but not useful information such as when the air conditioning is turned off or on or what the house temperature was. I deleted the old data and changed what’s being logged – maybe I’ll find something interesting the next time I look.