We’re continuing to prepare for our upcoming trip. Our plan is to avoid checking luggage, but our travel agent suggested we might want to lock the bags we have to leave at a hotel for a couple of days while we’re out in the bush – and that made sense.

Diane’s favorite carry-on had come with a lock on it, threaded through one zipper. Unfortunately, the key was nowhere to be found, at least not in the time we were willing to devote to the search. So I had to find a way to remove the lock.

A thread on TripAdvisor discussing the merits of luggage locks mentioned using a hammer to break the lock, but the design of the suitcase made that impractical. I tried nibbling at the lock with a wire cutter – it made a dent, but not nearly enough of one to give me any hope.

The obvious tool was a bolt cutter, but I don’t own one. I thought about bringing the suitcase to a hardware store and “testing” a bolt cutter, but that seemed tacky. And then I noticed a pair of lopping shears hanging on the garage wall. A minute later…voilà! 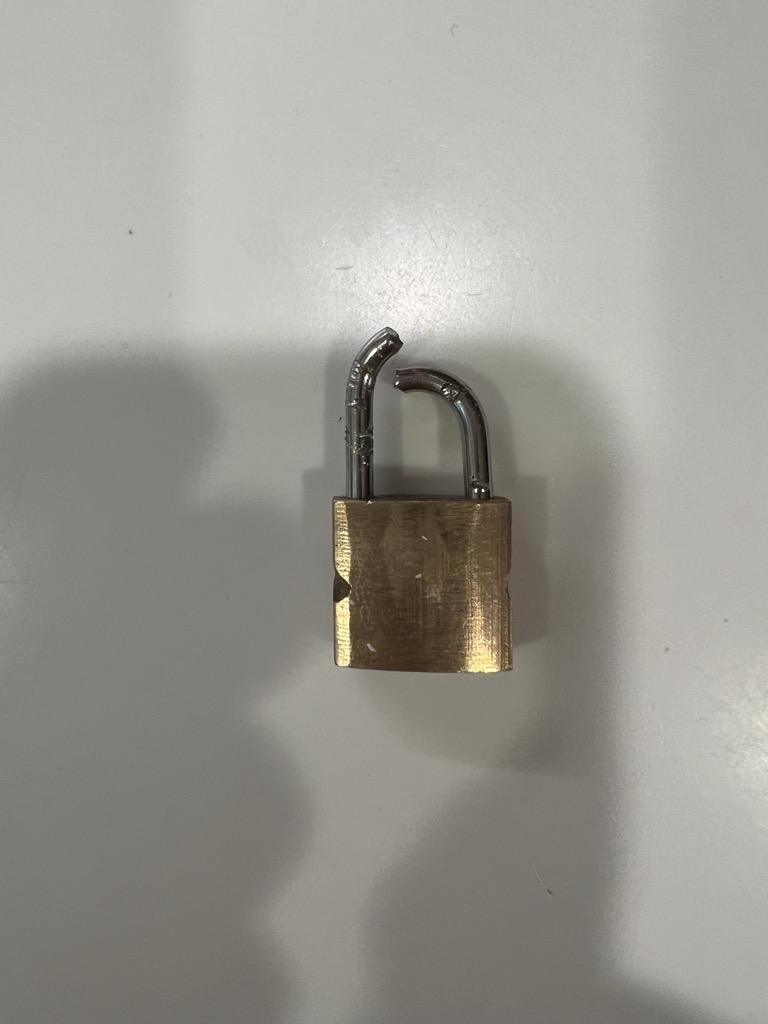 I’m not going to bother with a lock.