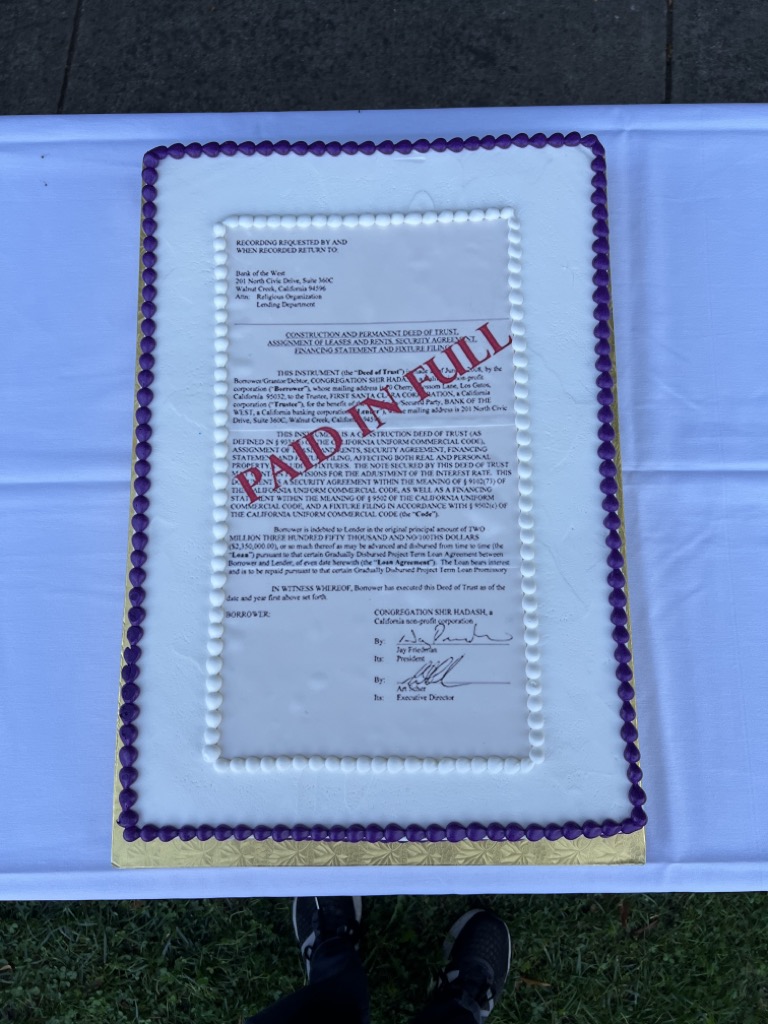 We celebrated the first night of Sukkot at Shir Hadash, where we also celebrated paying off the mortgage on the Sanctuary Building and thereby making the congregation debt-free.

Originally, the committee planned to burn the mortgage at the celebration, but when they told Rabbi Nico, he wasn’t sold on the idea. He suggested burying it in a genizah, but the committee didn’t like that. They wound up deciding to compost the mortgage instead of burning it, so we each got a page, tore it up, and put it into a composter. I suspect they’ll have to add other ingredients to actually get useful compost, but it’s a start!

The evening included a sustainable dinner – all vegetarian, including “Impossible Kebabs”. If there hadn’t been a sign saying that they were vegetarian, I wouldn’t have known; this was my first experience with “Impossible” products, but it won’t be my last.