I bought a set of Cambridge Microworks computer speakers nearly 20 years ago. I used them on several computers, and they spent many years connected to a radio in the living room. A few years ago, I got a Sonos for the living room, and put the speakers away for “later”.

Well, I didn’t actually put them away – I put them under a spare chair in the office and tried not to trip over them very often. 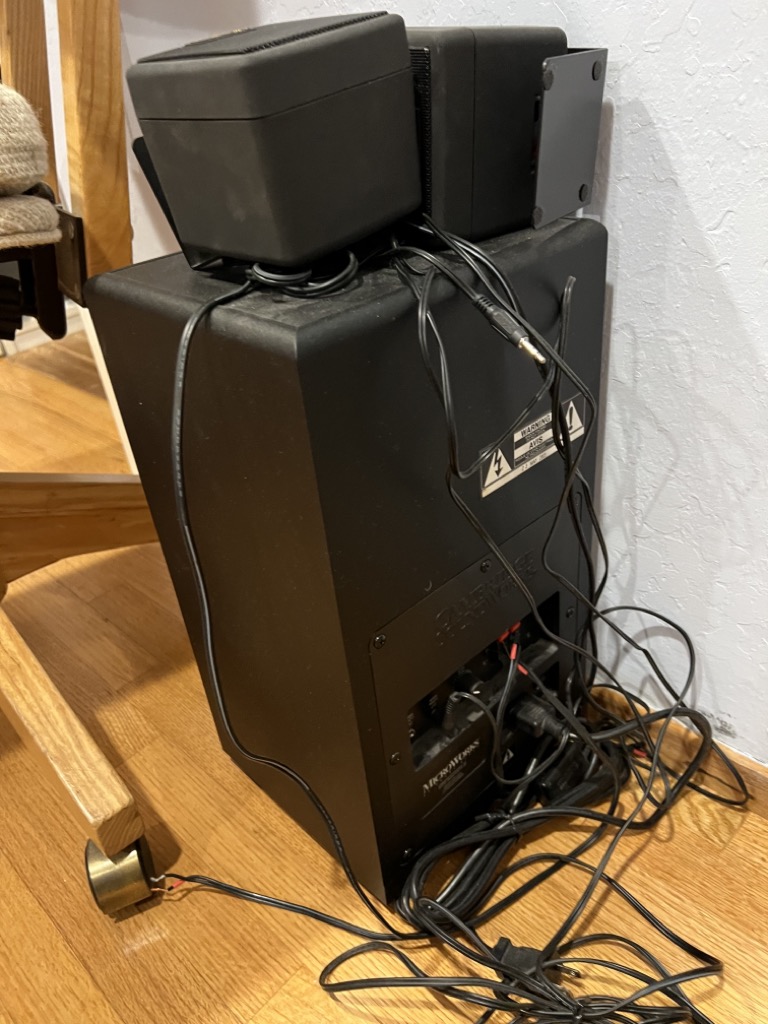 I kept thinking about listing the speakers on craigslist, but it seemed like too much work. So they sat under the chair and gathered dust.

Last weekend, I noticed a Facebook Marketplace posting from a friend who was trying to get rid of a Facebook Portal that had been gathering dust atop his TV for a long while. His asking price? Free. He told me that he had an inquiry within two minutes and it was out of his house that same day.

I was inspired to try the same thing with my speakers tonight. It took half-an-hour before I got my first nibble, but they were gone about 90 minutes after I posted the ad.

Decluttering can be easy when the price is right!