This morning, we took our usual trip to the Farmers’ Market, including a nice walk through Los Gatos. We had to hurry, because I was chairing a Ritual Committee meeting at Shir Hadash at 10am; I made it with five minutes to spare.

After the meeting and lunch (Sesame-Crusted Tuna), I upgraded both of my Macs to Ventura. It was painless, somewhat to my surprise. We took a walk while the upgrades were happening; the trees in the neighborhood are still pretty colorful. 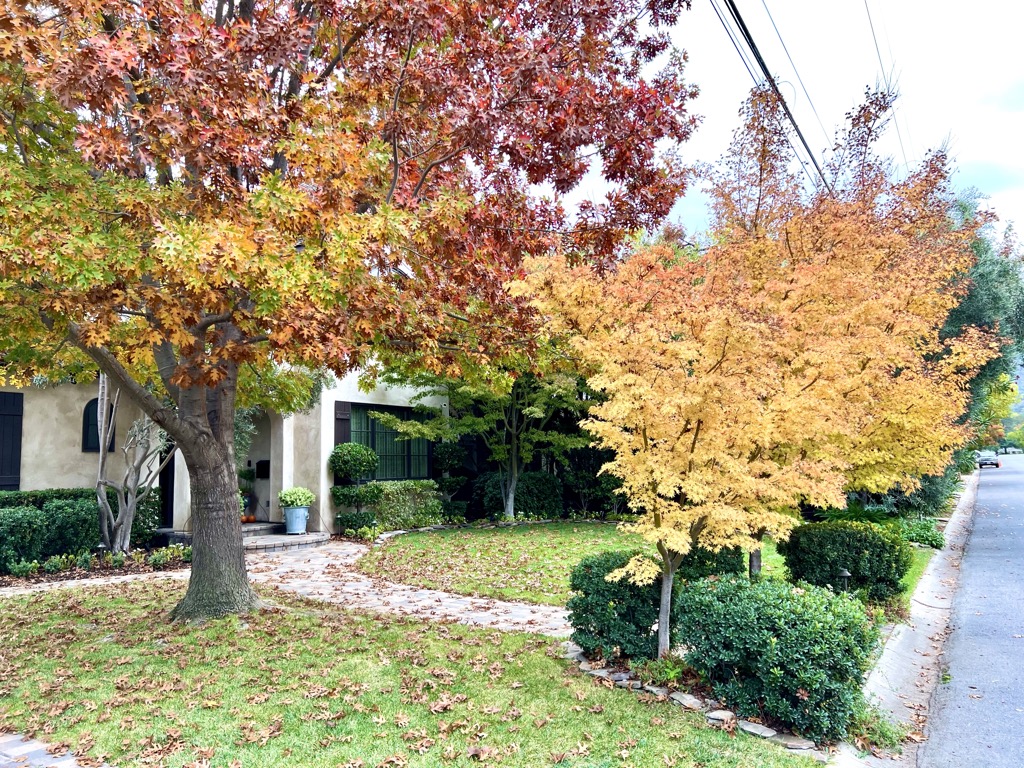 I also installed Ubuntu on Diane’s old Dell so that I could use it to build a new Home Assistant setup without messing up the one that’s already running on the Raspberry Pi. They’ve made a lot of improvements to the onboarding process for Home Assistant since the last time I installed it; I’ve gotten most of my devices set up already without having to write a single line of code (or even having to edit a configuration file).

The devices I haven’t touched yet are the biggies, though: the alarm system and the Insteon hub (with its dozens of switches). And then I have to set up the HomeKit integration, which will be the real payoff. Tomorrow….