We took our usual Farmers’ Market walk today even though the Farmers’ Market was closed for Christmas; the streets and trail were much less crowded than usual (as we’d hoped). Safeway was open and we stopped in to pick up some cheesecloth for our lunch experiment: “family-style” latkes, following Micah Siva’s recipe. The version that we saw in the Merc a couple of weeks ago called for putting the skillet in the oven for part of the cooking, while the original recipe didn’t – we went with the original. We used up an entire package of cheesecloth squeezing out the moisture from the onions and potatoes; luckily, Safeway was running a two-for-one deal on the cheesecloth! 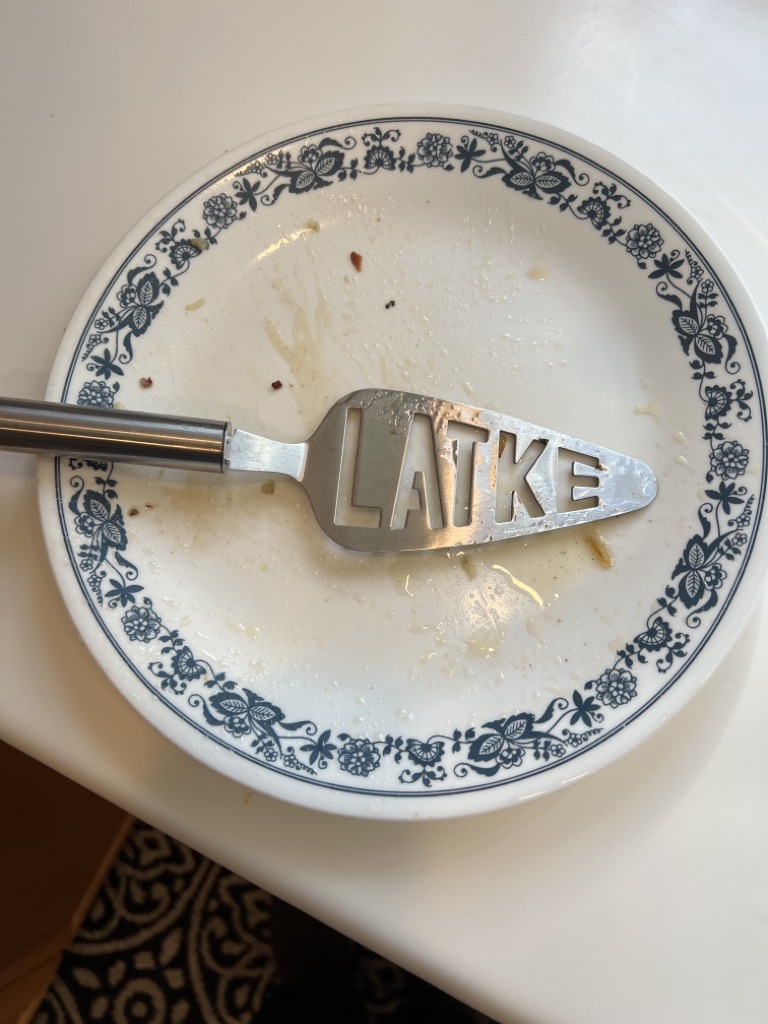 I forgot to take a picture of the latke, but you can see that we ate it all (I can’t take credit for the results – Diane did the work).

Dinner was one of our favorites, Chicken Tikka Pizza from Curry Pizza House.

When I rebuilt my Mac mini last month, something happened to the Photos library – that machine has 13000 photos, but iCloud (and my other Mac) only have 7000. And the backup copy of the Photos library I made before the rebuild has nearly 18000. I spent a good part of this afternoon and evening exporting all of those libraries; the next step is to combine those exports into one library and get rid of the dupes, then I’ll import everything into Lightroom.

My goal is to have only my best (most meaningful) photos in Apple Photos; Lightroom will have everything that’s worth keeping. It may take a while to get there.