These pictures try to capture the re-rolling from several angles, showing how much of the room the Torah occupied (physically): 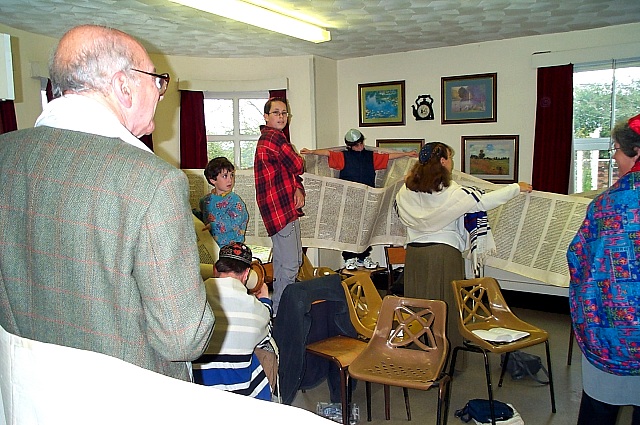 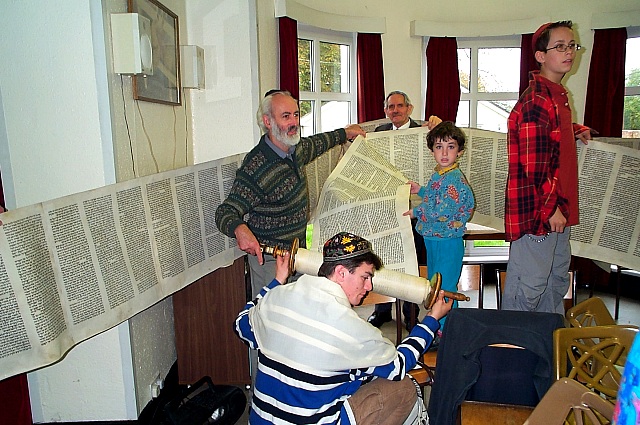 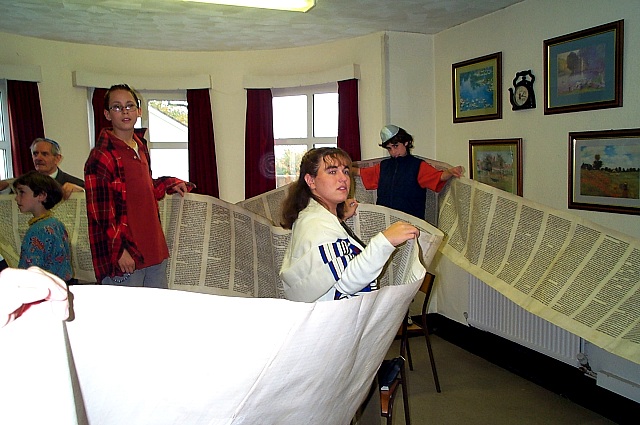 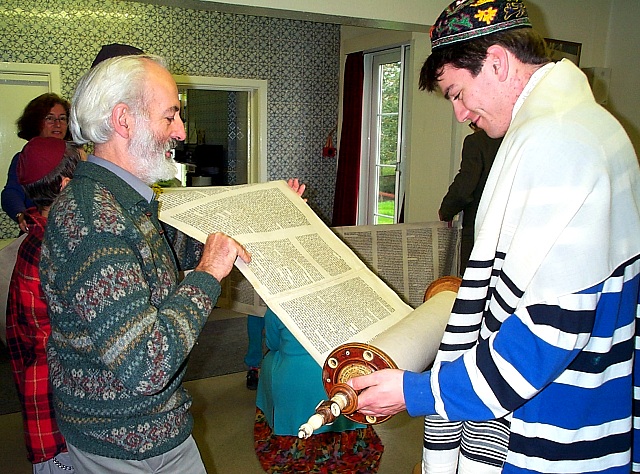 Normally, only adults (those older than Bar/Bat Mitzvah age, generally 13) are invited to read the Torah. But on Simchat Torah, the children are given a group aliyah, and they also get to help wrap and unwrap the Torah. 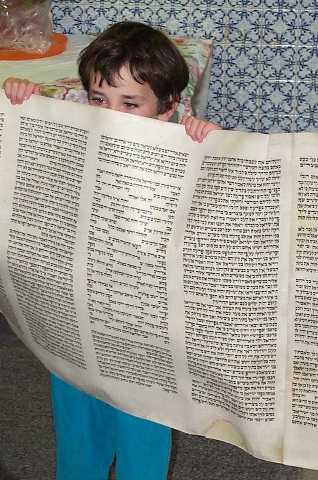 Eventually, we got the Torah rolled up so that the yearly cycle could continue. 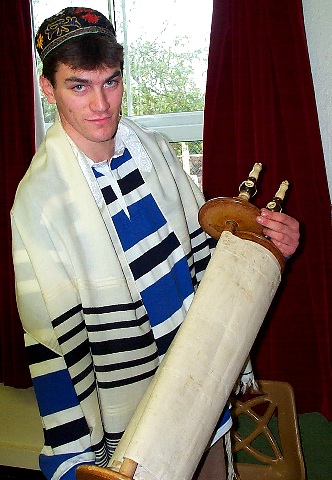 And then we had to dress the Torah in preparation for putting it back into the Ark. 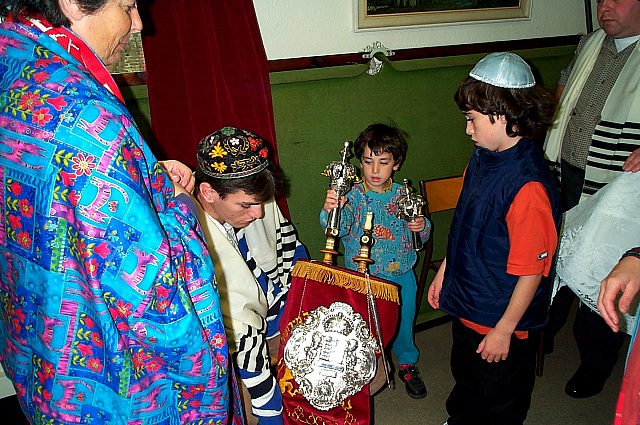 There is no beginning or end to the Torah, but there is a beginning to the scroll, which is also the end of this story.