The first stop for our team was the Space Suit room, where we got to see the suit Eugene Cernan used as a trainer, as well as some newer mockups.

Then we went to the first simulator — the 1/6th Gravity Trainer, which lets you feel what it’s like to walk on the moon. All of the kids got to try the special steps the astronauts used (the bunny walk, the bouncy jog, and the side shuffle), then four of them got to try them out in the simulator.

Next, the instructor showed shuttle tiles, told how they were made, and demonstrated how quickly they disperse heat.

Then the second simulator, which was used to test to see if Skylab astronauts could exercise by running around the interior of Skylab. Jeffrey was chosen to try this simulator. 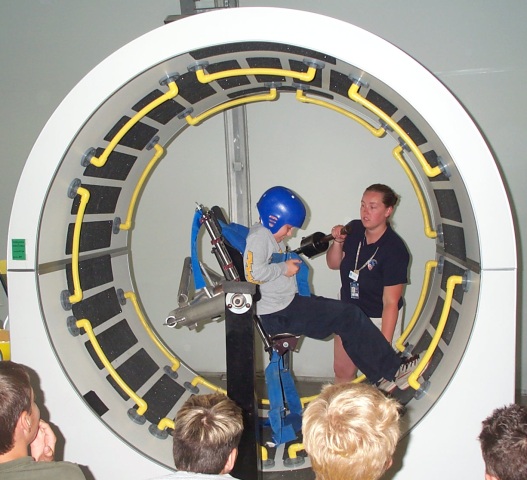 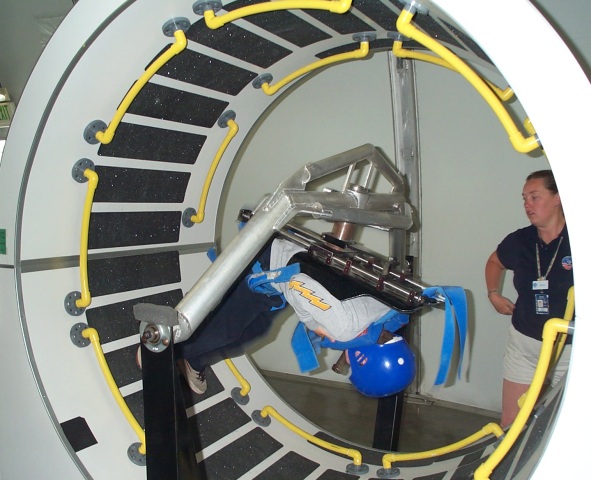 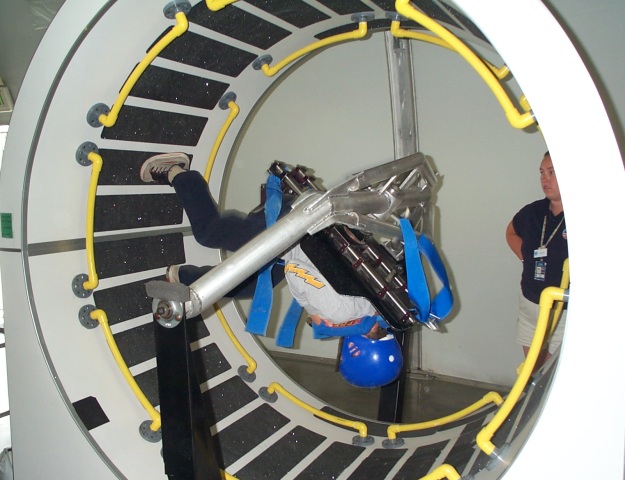 Then outside for a discussion of the way the shuttle is assembled and trucked from the VAB to the launch complex — then back in for the last simulator, the Multiple Axis Trainer, which spins the victim around in several directions at once. Jeffrey had been hoping to get to go on this one, but he’d been picked for the Skylab exercise wheel instead.

Finally, the adults were given bags of freeze-dried ice cream to divide amongst the kids, then the kids got back on the bus and went to school while the adults got in their cars and went elsewhere.

I enjoyed the day, but would have liked it even better if I’d gotten to play, too!