Hi, David. I wanted to share a story with you and especially with your colleagues.

This is a two part story.

Part I. The Photo

The year: 1998. The convergence of several technologies … digital cameras, the Internet, and the Web .. was an attractive combination for a young digital fellow like David. He didn’t know it, but he was about to be involved in an incident that would forevermore be synonymous with the Web … for me, anyway.

Convergence: (1) David had just purchased his first digital camera, and the camera was taking its first trip. (2) David had recently inaugurated his own personal website, that he still has today. (3) The Internet reached even to Australia.

The combination of these three factors turned out to have a powerful effect on young David. His website instantly turned into a real-time travelogue … recording, on a day by day basis, his travels, meals and sleeping arrangements. His brilliant prose was accompanied by a realtime photo essay on his surroundings. The camera, in particular, was a big hit. Nearly every other word in David’s prose was an underlined blue hyperlink linked to a high quality digital photo. “I went to the <blue>HOTEL</blue> where they had <blue>CARPET</blue> which was <blue>NOT ALWAYS CLEAN</blue>”. (I exaggerate. A bit.)

I followed David’s trip with breathless anticipation. The daily intercepts were a source of fascination. I was partly awed by the fact that the technology let me know how his trip was going, even from half a world away. I was partly interested to see what Australia was like.

But mostly I was astonished to see David violate Schubert’s Law and survive. (Schubert’s Law, codified in the early 1980s by the wife of another ex-IBM friend, goes something like this: “When you come back from a business trip, I don’t want you to go on and on telling me how wonderful the place was and how incredible the meals were. I was at home, alone with the kids, eating macaroni and cheese.”)

Ever since, I have tried to live by Schubert’s Law. Yet with the technological triple-threat of global Internet access, easy Web publishing and simple digital imaging, David could violate Schubert’s Law to a degree not even imagined when it was first defined. Not only could relatives at home be told amazing tales of beauty and opulence upon your return; they could be told of the experience day by day! And not simply told, but shown!

Oh, technology was an amazing thing.

On Sunday, April 19, 1998 David checked into a hotel in Melbourne. And casually, almost as an afterthought, snapped a picture that was a defining moment for me.

The next day at work I excitedly showed David’s travelogue website to a colleague at work, Kurt. Kurt, another ex-IBMer, knew David and was also impressed by the site.

It was Kurt who found The Photo.

Of the ceiling fan in David’s hotel room. (I’ve attached the photo to this email.)

Kurt is sharper than I am, so he immediately recognized the value of The Photo as a mythic symbol for the Web in general. Billions of transistors, throughout the world, working in unison to insure that David could publish his art, his thoughts, for all to see.

Kurt immediately made The Photo into the background image that filled his computer’s desktop.

For the next year The Photo adorned Kurt’s desktop. Whenever I would come into Kurt’s office, I would be reminded of David, of Technology, of Fans.

For the next year, whenever our co-workers would come into Kurt’s office, they would ask, “what’s the fan for?”. They would usually leave shaking their heads, not understanding, not comprehending.

Eventually, in 1999, in a tragic event, The Photo was lost. Kurt accidentally overwrote it with something else, something lesser.

A happy chapter of my life came to an end.

My memory of The Photo and the happy times that it had produced had almost faded. I would occasionally tell the story to new co-workers, who would laugh nervously, then change the subject. But the thrill of discovery … of The Photo … had faded. Forever, or so I thought.

Then The Letter came.

Not an actual physical letter. Who gets interesting mail anymore? Goodness … these days I pay my bills, buy my cars, and refinance my house on the Internet. Forget snail mail. No, it was an email.

From Diane, David’s lovely wife, inviting me to participate in this 25th anniversary celebration.

I sat back and thought about what impact David has had on my life. The projects at IBM … the discussions … the trips … the thrills.

But mostly I thought about The Photo. Lost forever.

I emailed to my colleague Kurt that I wished I still had a copy of The Photo, so I could share it with David’s friends and colleagues. Did he have a copy?

I sank into a gloomy silence. I would have to think of another, lesser, way to honor David.

Just then my computer played a short note…new email. From Kurt. It contained one sentence:

My heart racing, my eyes wide, I lunged for the keyboard. Could it be true? Yes! It was true! Happy day … The Photo is now back in my life…reminding me, daily, of David. Of Technology. Of Fans.

Today, of course, things have evolved. Instead of viewing the fan only at my desk, today I carry it with me always…in my handheld PocketPC. I am two button presses from The Photo on a 24/7 basis. And with the new convergence of handheld computers, the Web and wireless technology, I soon will be able to share The Photo (and other more mundane things) with the world trivially, from anywhere, at anytime. I’m sure David will continue to be on the leading edge of technology, helping to make this new Convergence approachable and fun.

What lessons have I learned from all this?

1. Hotel rooms, no matter where they are, are pretty much the same.

2. Technology that makes sharing information simple is a good thing.

4. I really need to be careful about using my real name on the Web.

Seriously, David, congratulations on your 25 years at IBM, your contributions to the company and to computing as a whole. When technology becomes simple enough and cheap enough to use for silly things it’s a sure sign that it is having huge effects on society. Your efforts to define those technologies and move them forward into broad use are to be congratulated and celebrated. 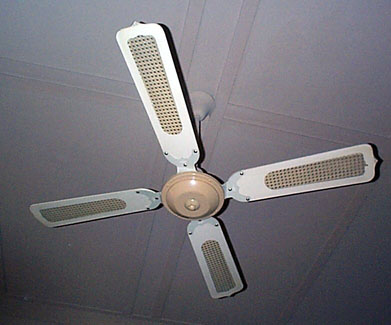