As I expected, my phone didn’t work any better in my office after the software upgrade than it did before.

Read this report before calling!

You’re not just a number…well, yes, you are

Jeffrey’s stomach has been bothering him from time to time, and his doctor wanted him to have a UGI exam, which required us to spend the morning at the outpatient department of Good Samaritan Hospital. When we got there, we were handed a card saying “You’re more than a number here at Good Sam; you’re a patient, and we treat you with dignity. But to preserve your privacy, we will call you by number — you are number 3.” Yeah, right.

I’ve been unhappy with my wireless phone service for a while — it works well in many places, but it doesn’t work at all at my office and is very dubious at my house. For historical reasons, Diane uses AT&T Wireless; last week, she got a new phone (a Nokia 8260), which gets a very solid signal at home. So I borrowed it and took it to work and found that it worked there, too.

I called Sprint PCS to see if they had any plans to improve coverage, and they said that, if my phone hadn’t had a software upgrade for a while, it might not be using some of the new towers they’d installed. So this afternoon, I took it in to the shop and had the upgrade done; apparently I was six releases behind in the “PRL” database. But it didn’t make any difference when I tried to use the phone from my house.

I don’t really want to change carriers and phone numbers if I don’t have to; wireless number portability is a year away (and some carriers are asking the FCC for a further delay).

Maybe a new phone from Sprint PCS will work. I’ll have to check their policy on returns first, though.

A promising new development in airport security screening (link courtesy of Diane, who has no blog).

Thanks to Andrea for mentioning blogtracker, a wonderful way to keep up with favorite blogs.

Belated congratulations to Hal on finishing his thesis! 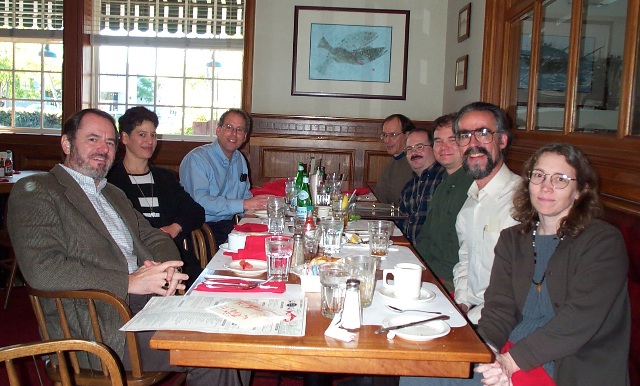 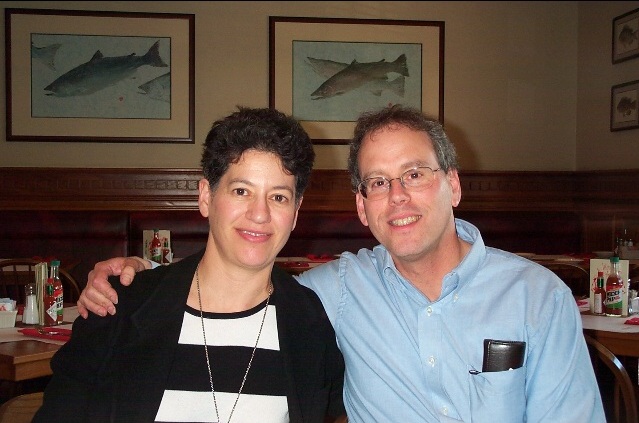 We’ve just finished having Thanksgiving dinner with our friends. And, like many other families across America, we watched a bunch of TV during the day.

We started the afternoon with the Battle Turkey episode of Iron Chef. It started out innocently enough, with Chairman Kaga talking about how Americans eat turkey for holidays, including the wonderful line, “People of Japan, it is not too late for turkey with gravy.” But then they unveiled the turkeys — 12 gutted, and 12 not gutted. And then the battle began. For those of you who aren’t Iron Chef fans, perhaps one of the Iron Chef’s dishes would be sufficient to consider: turkey sashimi. I guess they don’t have salmonella in Japan (though they do have campylobacter, as I can testify from personal experience).

Our turkey was in the oven while we were watching, so after the show ended, we (which mostly means Diane) made all the side dishes and I carved the turkey (well, I attacked it with a knife. Next year, I’ll sharpen the knife first!), and we all ate a lot of good food with nice wine, then some pie for dessert.

I’d made a mistake last week and hadn’t recorded Iron Chef USA, but Sam had gotten it, so he brought the tape over, and we watched it after dinner. It was definitely the biggest turkey of the day; I’d been forewarned by the reviews in the paper and on the net, and so I wasn’t expecting much. But no amount of warning prepared me for just how over-the-top the show was, nor how silly the chefs would be while cooking, nor how little they’d take advantage of Shatner’s unique style. And I could definitely have done with less crowd noise and fewer crowd shots. On the bright side, though, the Playboy Playmate they had filling the actress slot on the judging panel had a voice and lines very reminiscent of the dubbed Japanese episodes — but she didn’t giggle enough.

So that was our Thanksgiving; I hope yours was as enjoyable. Tomorrow, I think I’m going to the Y.