This morning, we had breakfast at the hotel, and then headed for the Tube to take another London Walk, this time through the British Museum. I nearly made the mistake of believing that the weather would improve, but Diane talked me into bringing umbrellas. We got to the Holborn tube station half-an-hour early, so we decided to take a little walk — it was dry when we left, and pouring down rain by the time we’d returned to the station. Chris (our guide) was waiting inside, gathering the troops — we left the station the usual five minutes late, and strolled through occasional raindrops to the Museum courtyard, where she gave us an introduction to the Museum and its history. Then we strolled through security and into the Museum proper.

Two hours is not long enough to see the British Museum; two days wouldn’t be, either. So she concentrated on showing us the unique items (as she said, “every museum in the world has mummies, so we’ll skip them”). We started with the Rosetta Stone — like the Mona Lisa, it’s nearly impossible to get close enough to take a decent picture, but I tried. 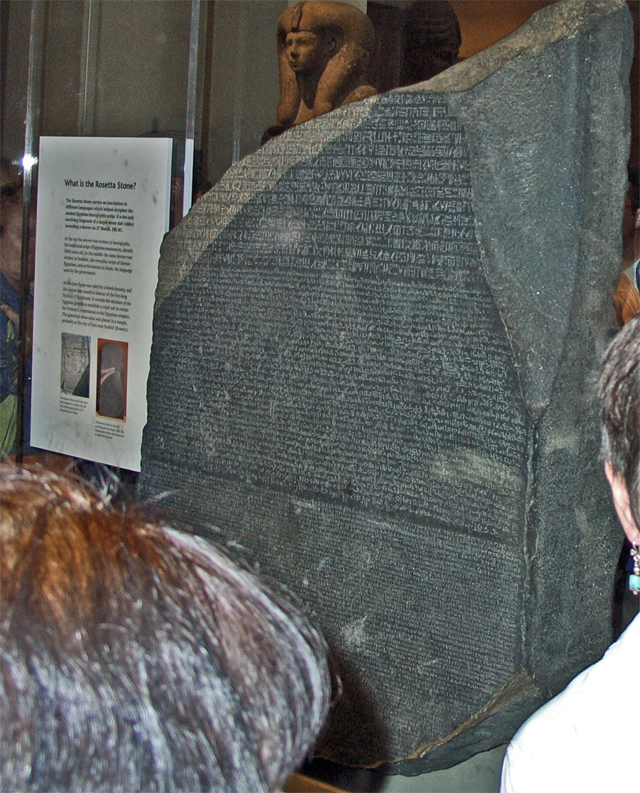 After the Rosetta Stone, the crowds diminished (or at least the areas containing them got bigger). We continued to the Elgin Marbles from the Parthenon, which are arranged around the perhiphery of a large room (I guess with the dimensions of the Parthenon itself). Then to the statue of Mausoleus, the Erectheum Caryatid,

the Portland Vase, and finally the Ship Burial at Sutton Hoo. The tour ended there, and if we had had nothing else to do, we could easily have spent the rest of the day in the Museum.

But we wanted to see more of London, so we left the Museum (noticing that the security lines had gotten far longer while we were inside) and walked to the Forum Cafe for lunch. It was nothing special, but I’d go back.

Then we returned to the Holborn Tube station for our second walk of the day, Legal and Illegal London, guided by Shaughan though the four Inns of Court. 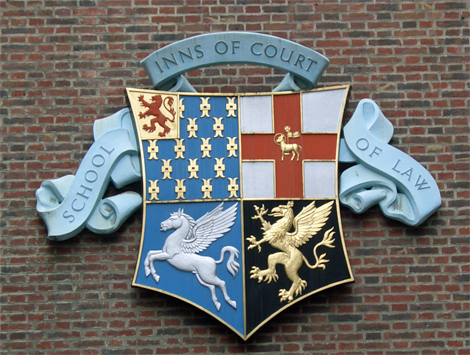 This was our favorite walk of the day, though there was very little attention paid to the illegal side of things. One thing we learned was that the most important name on a list of those in Chambers is that of the senior clerk 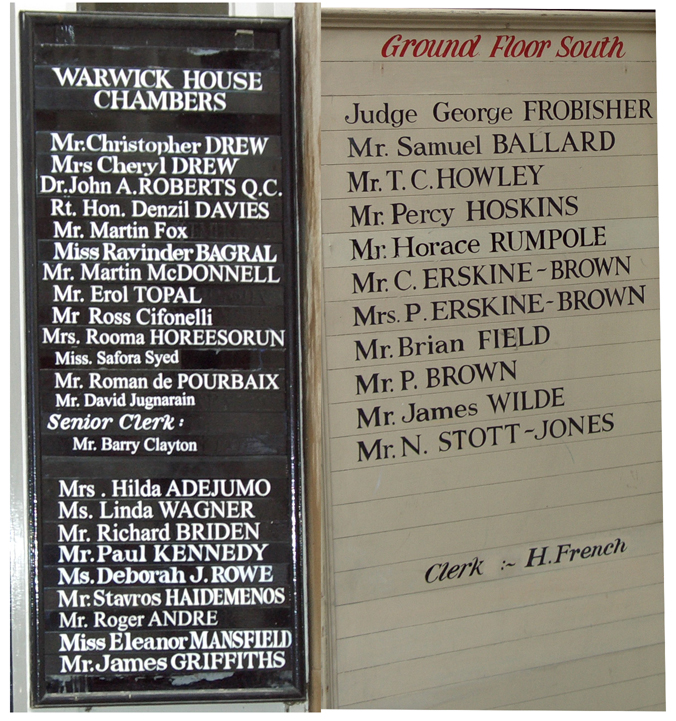 even though it’s usually buried in the middle of the listing. The senior clerk controls the allocation of cases to the barristers in Chambers, and therefore has a considerable effect on their income. We also learned not to believe everything we saw.

The Inns of Court are private property, and the public is only allowed in at the discretion of the members. Good behavior is required. 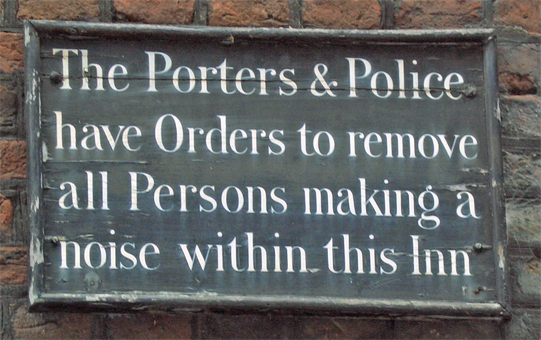 Our tour ended at the Royal Courts of Justice, but since cameras are not permitted, we decided to enjoy it from the outside 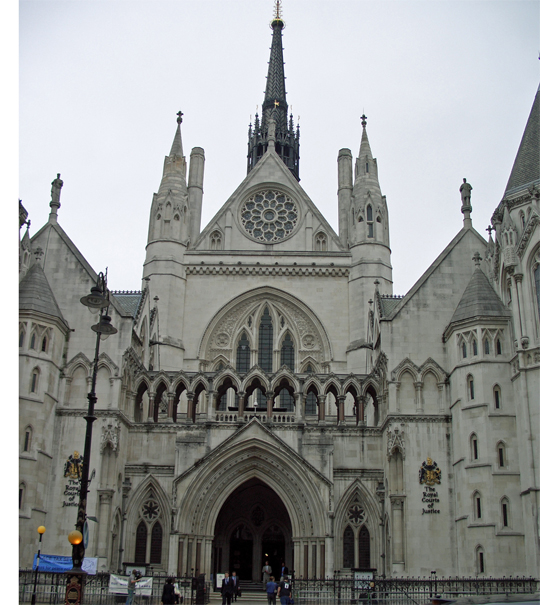 and went to the home of Twinings Tea to buy tea towels instead. After that, we walked down to the river to pick up the Tube back to the hotel. And after a very brief stay, we left, en route to dinner at Sherlock Holmes Pub and Restaurant (the Pub was horribly smoky, so we went upstairs to the restaurant, which features a recreation of Holmes’s study, as well as pretty good food) and a fast walk to Embankment station to meet Graham (again) for our third walk of the day, Ghosts of the West End.

It turns out that many London theatres are haunted. So are some of the gentlemen’s clubs. But I’m afraid that the details, like many of the ghosts themselves, vanished rapidly. Some of the walkers continued on to a fine old Georgian pub, but since it didn’t have a license permitting under-16s, we chose to go back to the hotel and call it a night.