Most of this trip has basically been a business trip like so many others — I knew I was in Finland, but it wasn’t terribly important.  That started to change last night when I went out in the cold and had dinner at a Viking restaurant (ok, a Viking-themed restaurant).  And today, the business of the trip took a back seat to being in Finland (though for anyone at IBM who’s interested, I am checking and dealing with email!).

I started the day with breakfast, as usual; but since I didn’t have to rush out of the meeting, I followed it with a trip to the hotel sauna.  It was an indoor sauna (of course), and there wasn’t the option of going into the snow or diving into icy water, but I enjoyed it anyway and left feeling quite clean and nicely warm.

The warm part didn’t last long.  I wanted to visit the Lenin Museum.  It was only a mile or so from the hotel, so I decided to walk — the sun was out, and I was wearing my long underwear, so how bad could it be?

Soon, I crossed the river, which was flowing briskly along, steaming merrily along the way. 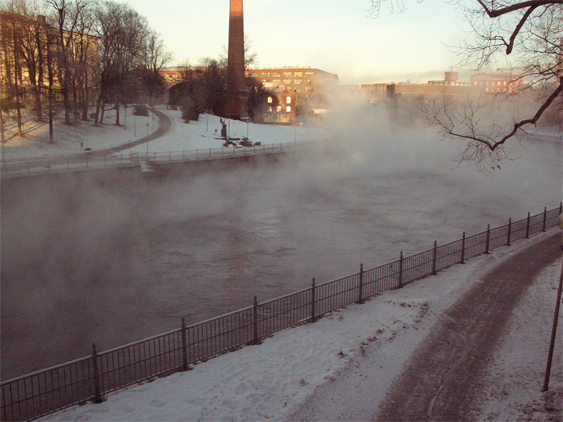 A few minutes later, I found myself at the entrance of the Lenin Museum, which occupied the third floor of the Tampere Worker’s Hall. 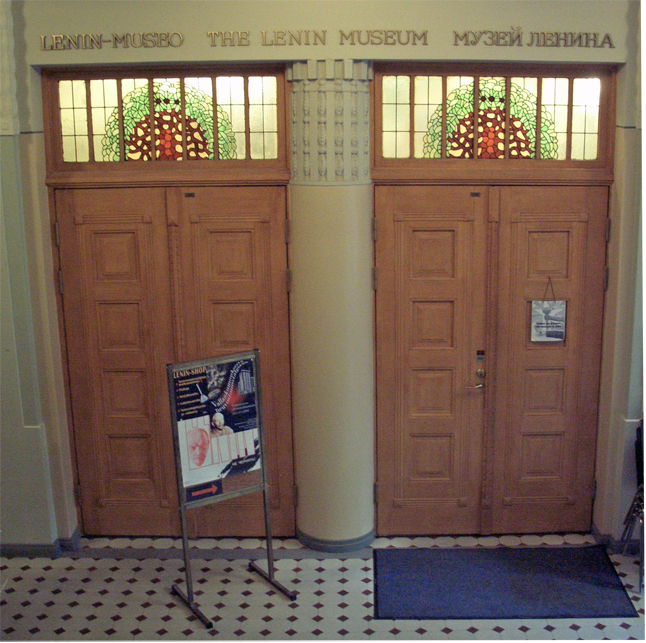 I went in, paid my four Euros, and spent an hour or so looking around. All of the items were in Russian, and all of the explanatory material was in Finnish. Fortunately, there was an English translation available which I carried around the museum. I’m not sure I know that much more about Lenin now than I did when I went in, but it was an experience only available in Tampere. 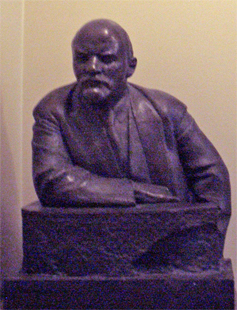 I left the museum and hiked back to the hotel. This time, I didn’t stop to take any pictures.

After packing and checking out, I walked across the street to go back to Helsinki. I found a ticket office immediately and bought my ticket, discovering that the trains to Helsinki were running about 90 minutes late. Luckily, one ran every hour, so they sold me a ticket for a train which should have already been in Helsinki but which was due in about 30 minutes, and I went to find lunch.

I was lucky (or maybe smart) and got my chicken kebab to go, because the train made up some time and was in the station when I left the shop. So I ran to the train and jumped into the closest car. I had seat 42, and it was free, but I was in the wrong car — car 5. I should have been in car 2. I wasn’t sure how long the train was going to stay in Tampere, so I dragged my suitcase through the crowds, up and down stairs, and through the dining car, finally arriving in car 2 a few seconds after the train had started moving.

The rest of the trip to Helsinki was uneventful, except that it started to snow about 20 minutes out of the city. And it kept snowing. But it was easy to get a taxi, and I was once more ensconced at the Scandic Grand Marina by 3:30.

I didn’t want to stay in the room, so I braved the snow and wandered downtown, where I had some gelato at Stockmann (quite good!). By the time I left the store, it was fully dark; I walked over to Senate Square to see how the Lutheran Cathedral looked in the snow.

Not too good, but when I tried again without flash, it looked far less leprous. 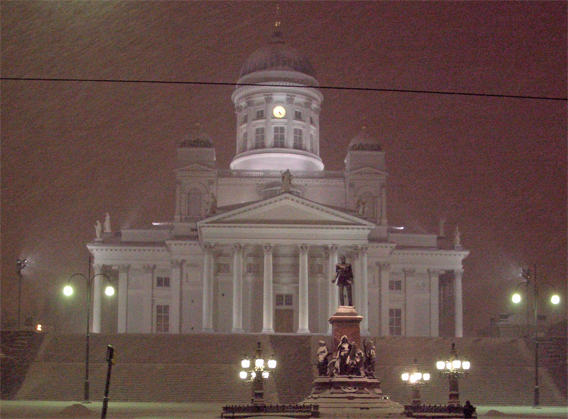 I had had several restaurants suggested to me before I left, but none of them were very close to the hotel, and I thought I’d had enough winter for the day anyway. So I had dinner in the hotel restaurant. But unlike the Scandic City Centre in Tempere, this restaurant had some Finnish dishes. In particular, it offered a smoked reindeer appetizer, so I ordered it (along with the nearly inevitable Lapin Kulta). It was tasty — a bit stronger tasting than beef, but not overpowering. I thought about having the reindeer steak for my main course, but decided it was likely to be more than I wanted and ordered the vegetarian pasta instead. The portion was huge, and I only finished half of it.

Then it was time for one more sauna before calling it a night — this time, I didn’t feel rushed, and I made two cycles through the process. I could get used to saunas.

But I’d rather go home. Morning will come early, but it’ll be worth it!