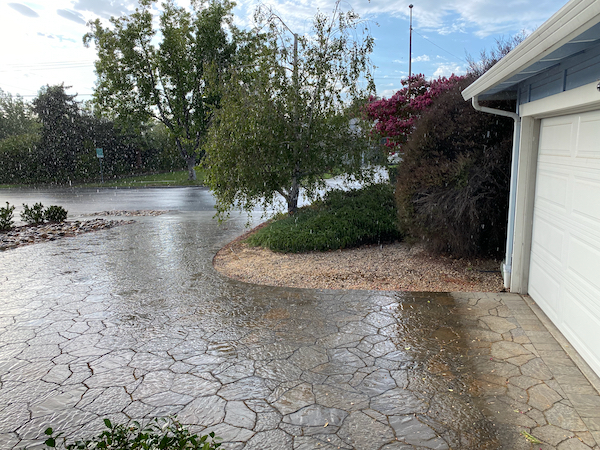 We were awakened about 4am by a very loud clap of thunder, something that is very unusual here. When I got the newspapers at 6, the sky was dark and ominous and there was lightning flashing to the east and north. But there was no rain, and the temperature had only gotten down to 78 degrees.

Rain came later – not much, but more than we usually see in the entire month of August. We were even out in it for a bit – it was mostly pleasant.

By 10am, the clouds were gone and the temperature was on its way back to triple digits. When I went out to make dinner on the Traeger at 6pm, it was “only” 94 and it didn’t actually feel too bad!