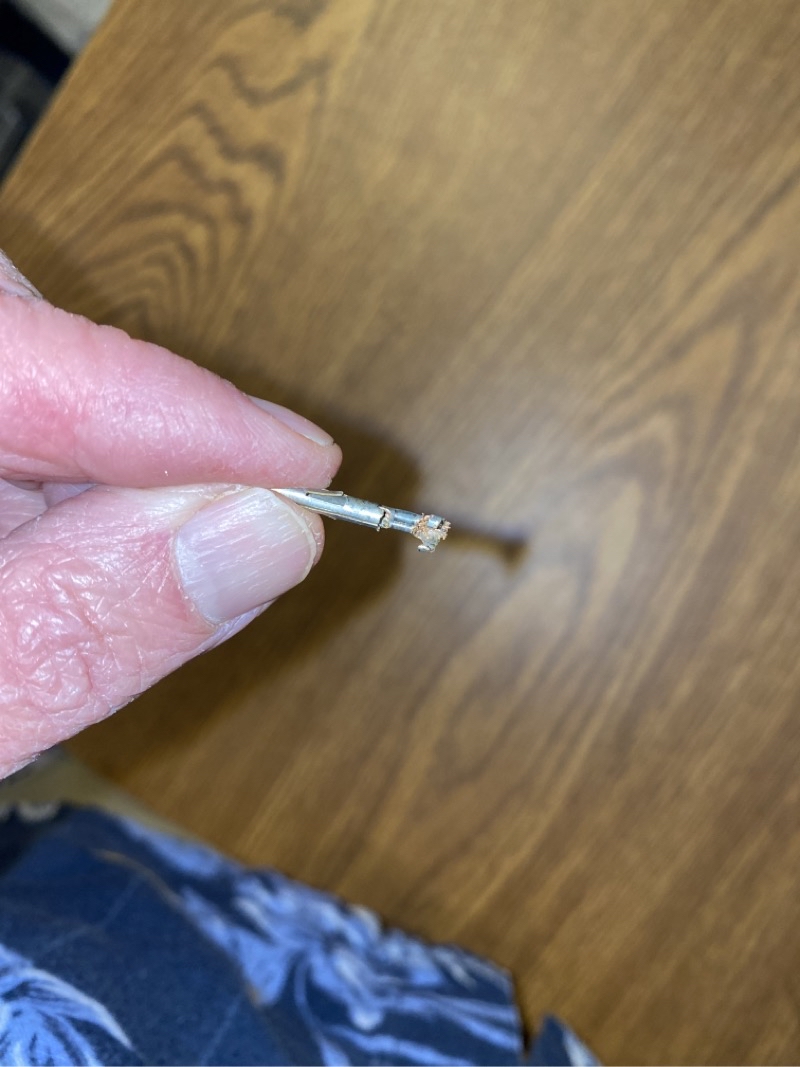 It’s been getting cool enough that a little warmth in bed seems like a good idea. We dug out our old “Safe and Warm” electric blanket a few days ago and plugged it in – it worked perfectly…for a couple of days, then the controller on my side failed. It would turn on, and a few seconds later, it’d turn off again.

I looked at the wiring this morning and discovered that one of the two wires leading into the blanket had come out, so the controller was seeing an open circuit and (quite properly) turning itself off. After much prodding, I got the connector pin out of its casing (see above) and discovered that the wire had broken. If I had a spare connector pin, I could probably strip the wire and crimp it, but I don’t – and I don’t know where to get one (or what I really need). I guess I could go to Home Depot and see if they could help me, but I’m not optimistic.

On a brighter note, we tried a new recipe for dinner this evening, America’s Test Kitchens Summer Skillet Lasagna. It was pretty easy to make, though I put in too many lasagna noodle pieces and we could have used more vegetables. I made the full recipe, which was far more than we needed; next time, I’ll cut it in half instead of going for leftovers. I would have liked to have been able to read comments from others who’ve made the recipe, but ATK wants $70 for a year’s subscription to their website, and I’m not familiar enough with them to know whether it’s worth it. And I’m not making SO many new recipes that I’d be able to tell during their 14-day trial. Anyone have any experience with them?