Four years ago, we were confident and in great spirits as we went with our team to the Brit for trivia. But as the evening went on, what we saw on the TVs made our spirits fall; I don’t know if the trivia ever actually concluded or if everyone just left to contemplate our fates.

Today, I am not nearly as confident despite the polls; we also don’t have trivia to distract us tonight. We’re trying not to obsess with the news or social media (yet, anyway). Instead, I went in for some serious stress-cleaning!

We cleared out the Earthbox with our old strawberries (we’d planted them four years ago, and they’ve been pretty generous, but it was clear that we need to replant for next summer). We got rid of dead tomato plants and trimmed the still-living ones in hopes of getting a few more tomatoes before cold weather sets in (it was 80 degrees today!). I brought in a couple of peppers to finish ripening in a paper bag. There’s more to be done, of course, including planting our winter crop, but that was a good start.

And I cleared up the junk drawer in the kitchen. I was astounded at how many mostly-empty boxes of birthday candles we had, as well as the number of dead flashlights. And I found the toothpicks that had gotten scattered as the box’s integrity vanished and put them in a ziplock bag. Again, a good start. 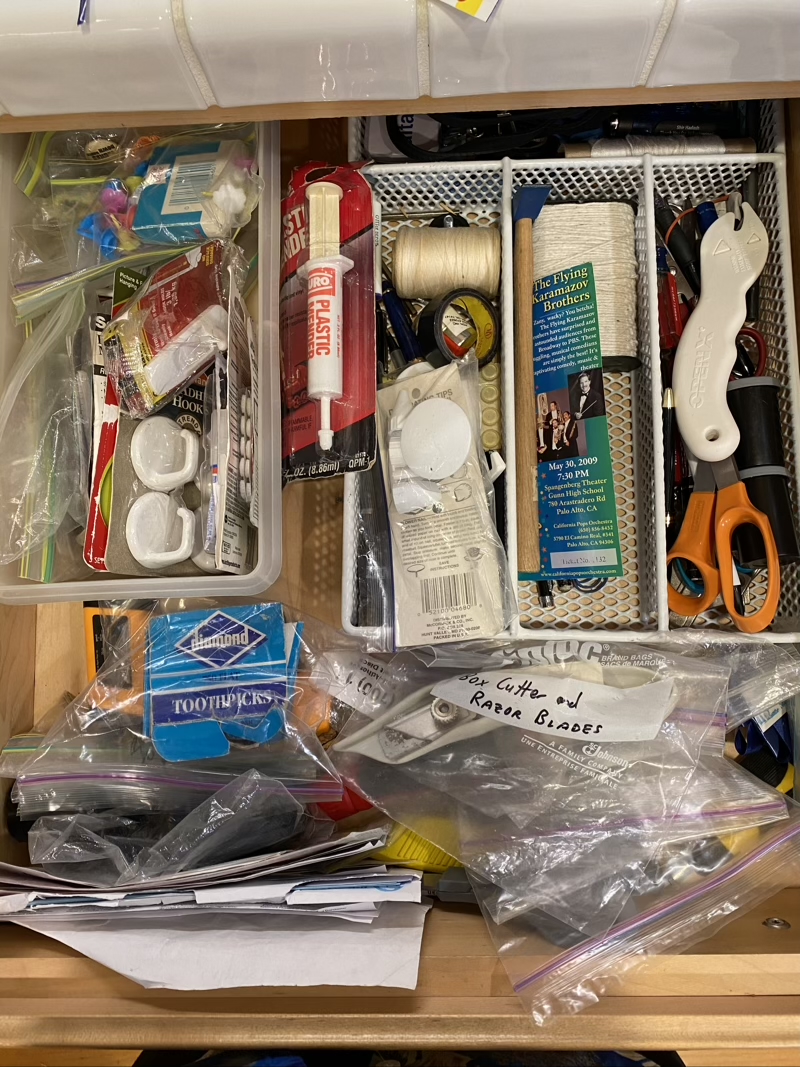 As I write this, I haven’t looked at the news in a couple of hours. It’s still SchrÃ¶dinger’s election for me.

The only thing certain is that the new season of Learned League trivia starts late tonight. Something to look forward to for sure!