When I looked at my iPhone this morning, the home screen was missing a row of icons – I had five rows of apps instead of six. I hadn’t intentionally edited the home screen, and I certainly hadn’t deleted four apps!

I scrolled to my leftmost home screen and found the missing apps there. “No problem,” I thought, “I’ll just move them to their normal place”. But, try as I might, I couldn’t get them to move – they’d snap right back to the leftmost screen.

The phone’s software hadn’t updated overnight; there weren’t any reports of similar problems on any of the Apple sites I frequent; I was at a loss for ideas.

Finally, I realized that I’d somehow deleted a “medium” widget from my leftmost all-widget home screen, and iOS had insisted on filling the space with apps from the top row of the next screen. I put a new widget on the leftmost home screen to occupy the space, which made iOS move the four apps over one screen, and all was well, though I had to reorganize that screen to get things back to where my fingers expect them.

Then I deleted the widget home screen and recreated it to the right of the app home screen; that should prevent a recurrence of the problem. I hope.

I still don’t know what I did to trigger the problem, but I think Steve Jobs had the answer during the iPhone 4 Antennagate scandal. 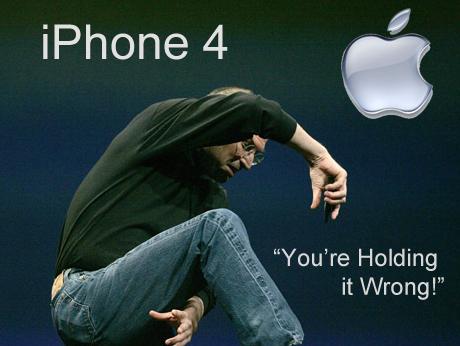