Most years, the Shir Hadash Men’s Club has a Latke Dinner and Comedy Film Night; each attendee is asked to bring 8 or so latkes so that people can try different ones. I’ve always taken the easy way out and brought Trader Joe’s latkes – they get eaten, but if we were voting on “best latke”, they’d finish in the middle of the pack.

Tonight, though, we made latkes from scratch, using a recipe from Wise Sons Deli. It was my idea, so I did the grating and frying; Diane put the rest of the recipe together. We were afraid that the latkes wouldn’t be enough of a meal, so we also had the rest of the Fast Tandoori Chicken from Thursday. 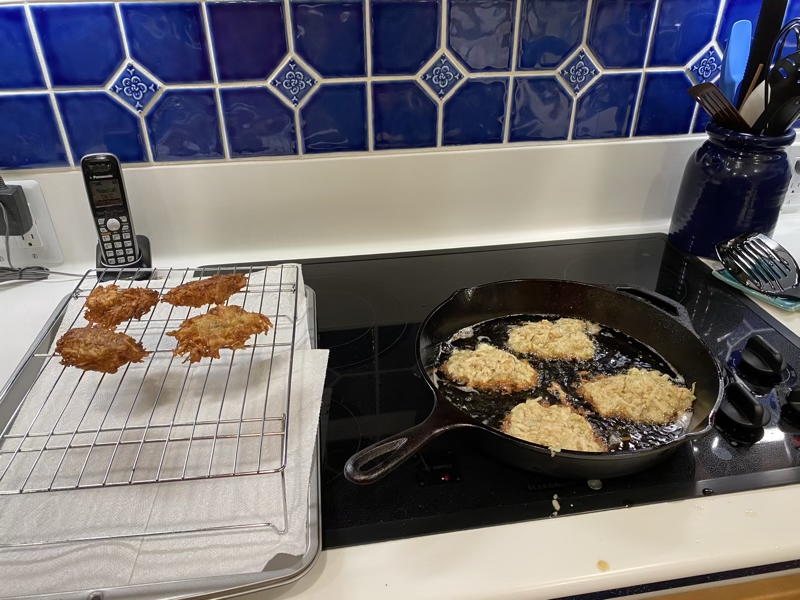 It was messy, but tasty. I was happy that the oil didn’t spatter all over when I put the batter in the cast iron pan. And it was a good thing that we had the chicken, too. 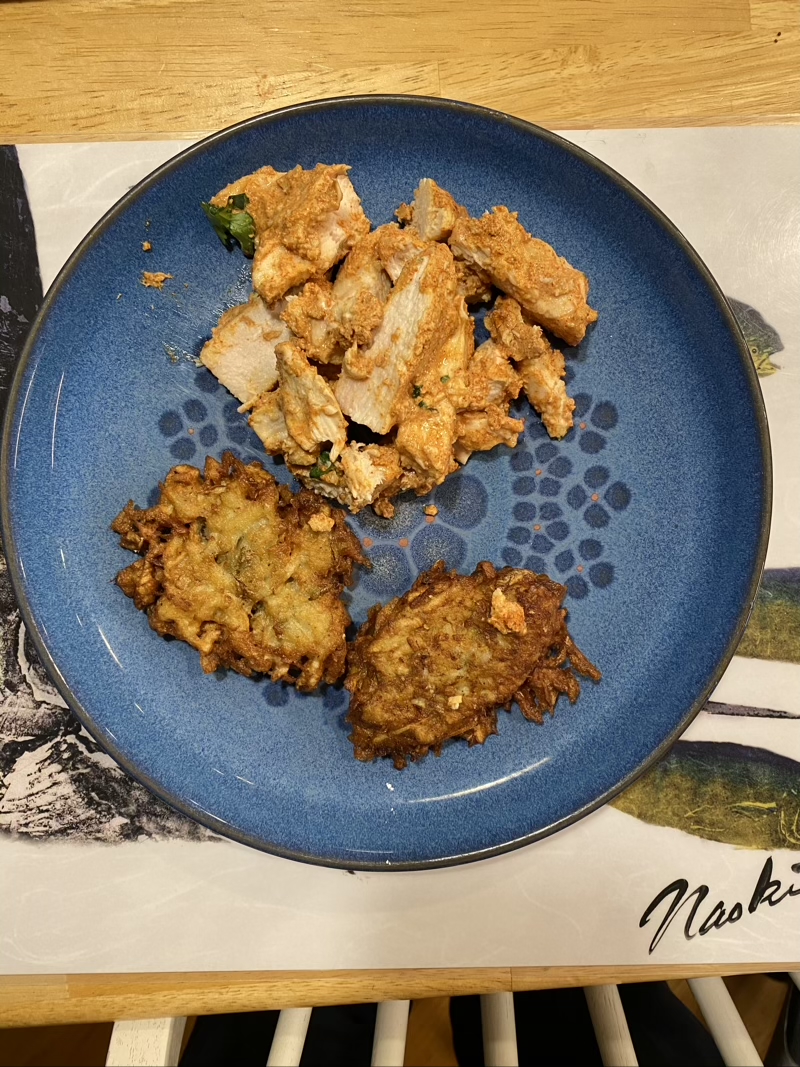 Tomorrow will be healthier, but this was fun!