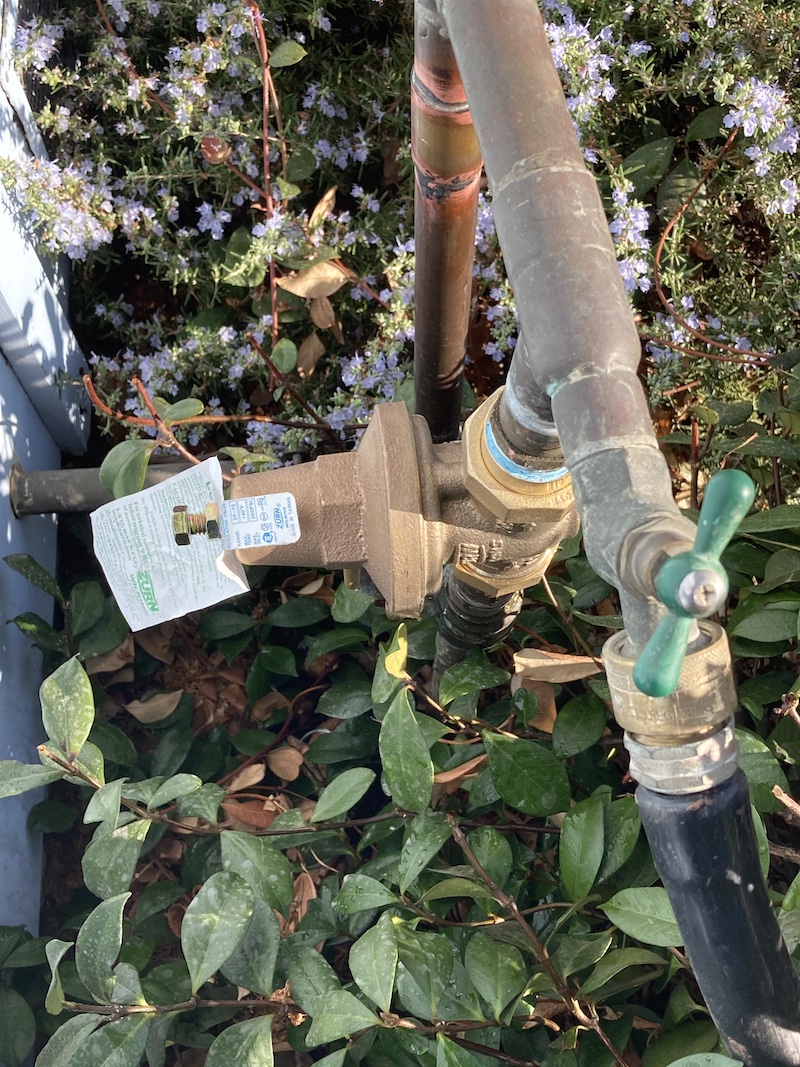 Today was, I hope, the last piece of plumbing work for a while. When we had our drains cleaned last month, the plumber noticed that our water pressure was very high. He tried to adjust the pressure at the regulator outside the house and discovered that it was broken (and leaking!) and suggested we get it fixed “soon”, which happened today.

Tom showed up at 9am as planned. We wanted to go out for a walk while he worked (especially since the water would be turned off), but he said he’d like to be able to bleed the air out of the system and test it, which would require access to a sink and faucet. Since there was a working faucet in the garage (finally!), I left the door open and asked him to text when he was finished.

He said he didn’t text to keep his cellphone number private. I thought about it and told him to ring the doorbell when he was finished – that way, the Ring app on my phone would alert me so that I could close the garage door remotely. He agreed, and (somewhat to my surprise), it all worked. He rang, we chatted, I closed the garage, and he left. When we returned a few minutes later, we had a bright shiny regulator and running water.

It would have been even easier if I had a camera that showed me all of the front of the house. I’ve got a camera on the garage, but it can’t quite see the porch, and it’s already at the limit of its pan adjustment. I guess I’ll have to live with incomplete information.