Do you know where you were 10 years ago today? I do — I woke up very early that day because I had a very important appointment to have a plumbing problem fixed.

The problem was in my heart. I’d been born with a bicuspid aortic valve instead of the usual tricuspid valve, and it was failing. I’d been told I had a heart murmur a few years previously, which might or might not have meant anything. But one day at the gym, I found that I couldn’t run for more than 10 seconds – and when it happened again a week later, I went to my doctor to see what was going on.

After a few tests, they gave me the news – I had a defective aortic valve. It would get worse and worse until it failed – but I probably could wait up to 18 months before doing anything about it. Probably. And the only option was a valve replacement, which required open-heart surgery.

I did a lot of research, talked to people who’d been through the procedure, and eventually settled on Dr. Vincent Gaudiani. And on the morning of the 14th of January, 2011, I woke up bright and early (actually, it was 4:30am, so early it was still dark outside) to be his first patient of the day – I was at the hospital (Sequoia Hospital in Redwood City) by 5am, and unconscious not long afterwards.

I’m told the operation went well – I slept through it, and didn’t really wake up fully until the morning of the 15th. A few days later, they discharged me, giving me a lovely card for my wallet. 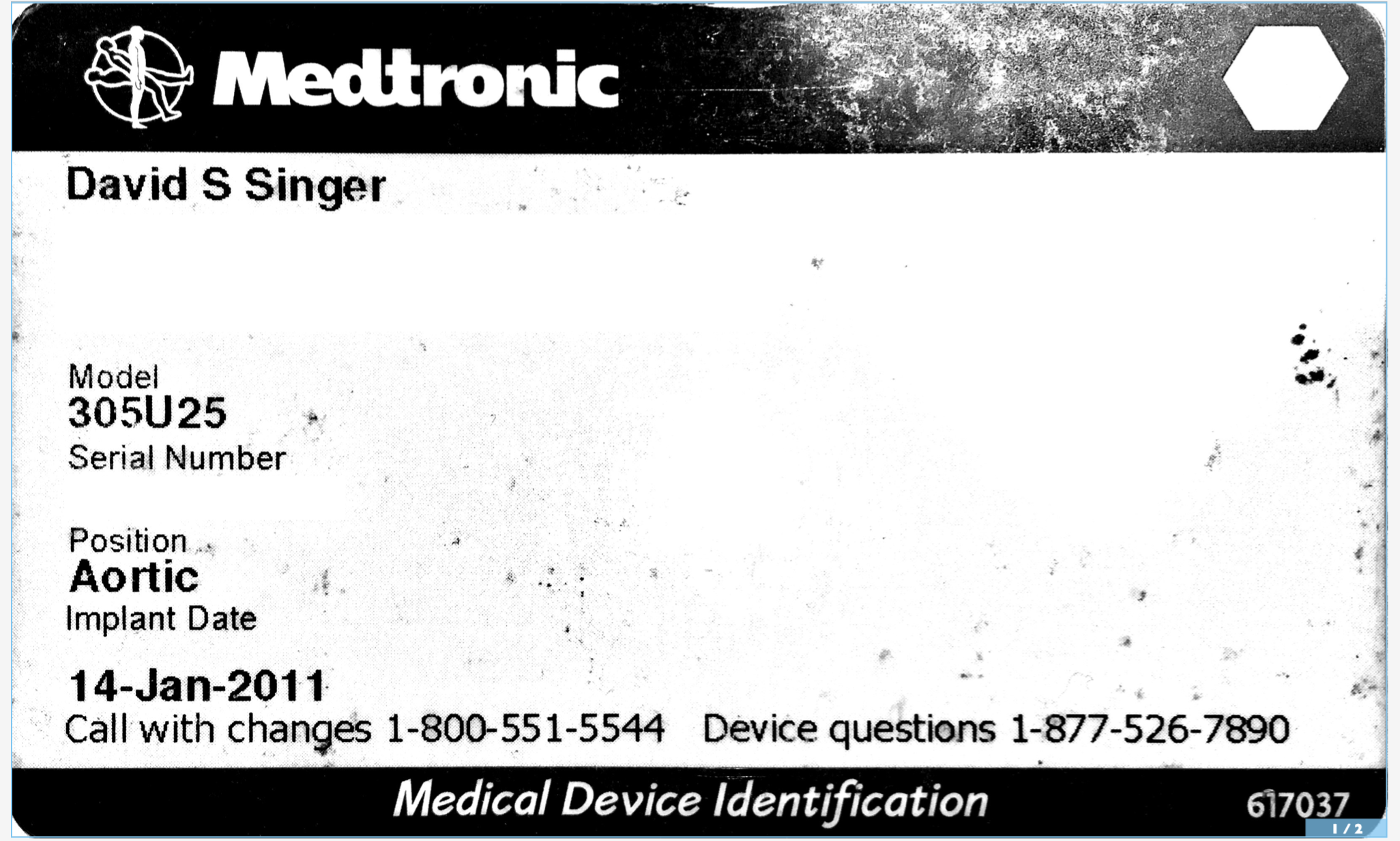 I still carry it.