Despite being together nearly all the time this year, Diane and I were able to surprise each other with Valentine’s Day cards this morning!

We got up early enough that it was just barely light outside. I took my new camera out and tried to capture the magic of the moment. I thought the scene looked something like this: 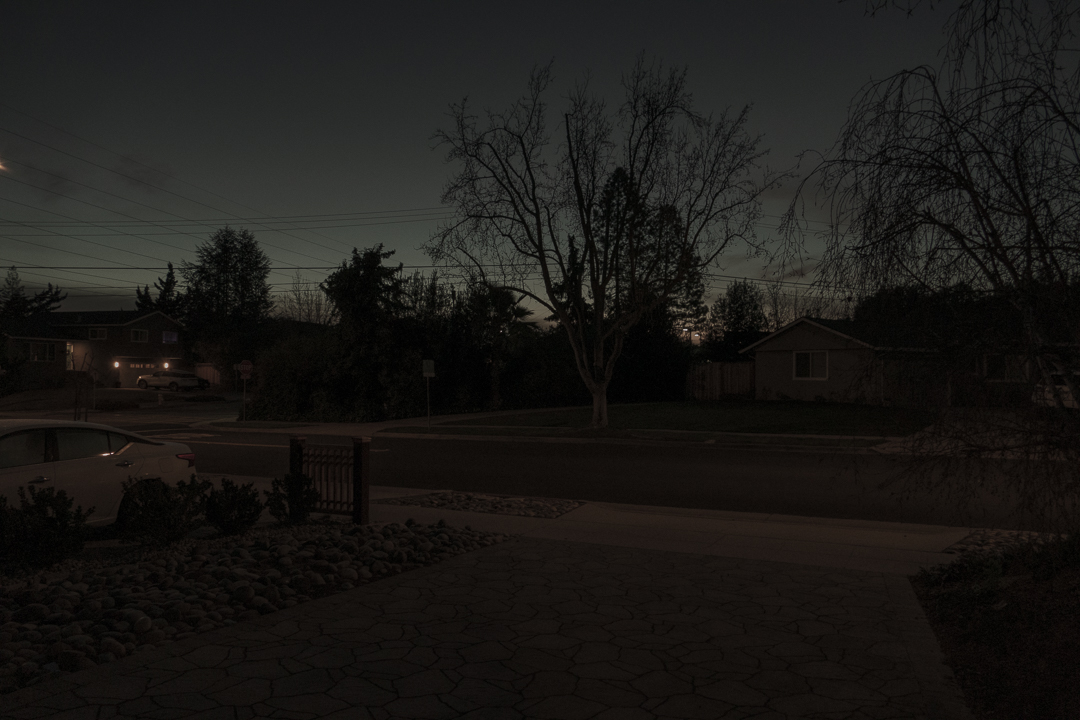 but the camera was set to “Auto” and turned it into this: 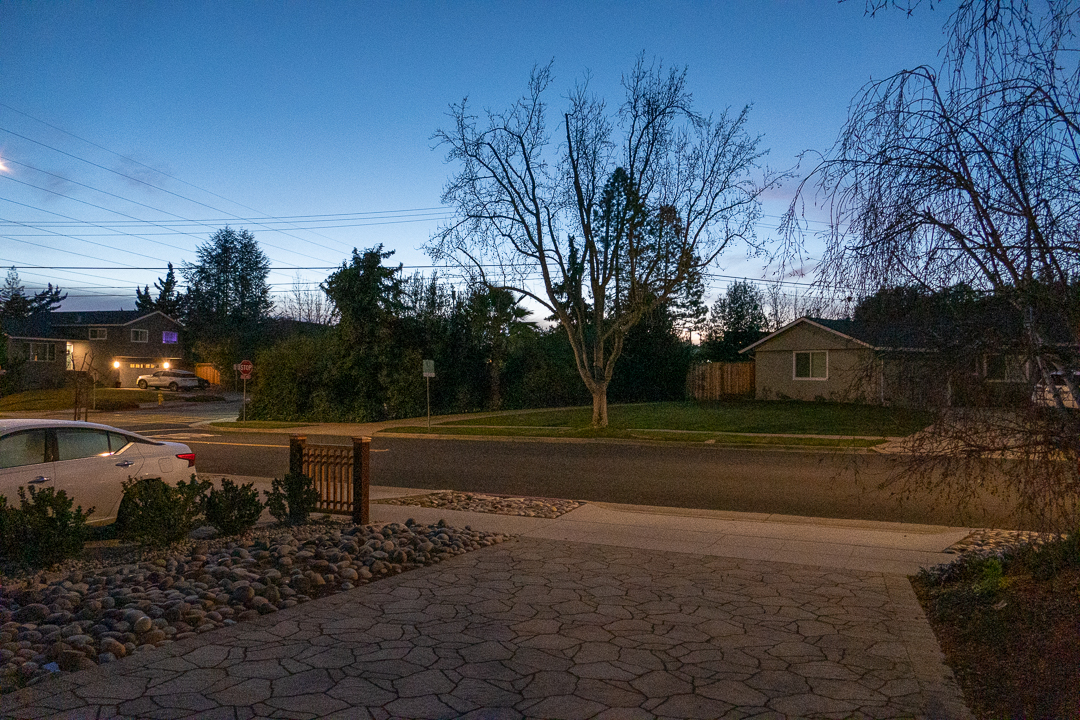 I’ll have to try again before sunrise gets too early!

We watched the Silicon Valley Shakespeare / South Bay Musical Theatre co-production of Pride and Prejudice this afternoon – it was based on a 1906 stage adaptation and was a lot of fun, and fit the day perfectly.

And I am still resisting touching the code I fixed on Friday.