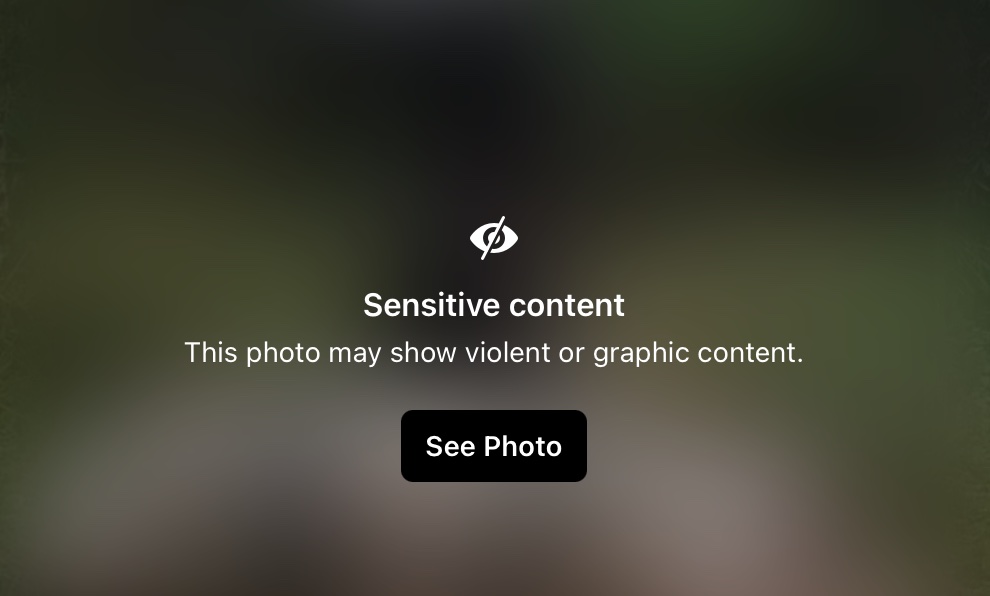 When I opened the Facebook app this morning, I was greeted by a message from Facebook telling me one of my photos from January 29, 2019, had been flagged as a possible violation of community standards for showing violent or graphic content. The message didn’t actually show me the photo, of course – that would be too easy.

I clicked the button and saw this image:

Facebook offered to delete the image or I could “disagree” with the decision and leave the image up. I chose to leave it up and went on with my day (well, to be honest, I looked to see if I’d gotten any comments or likes on yesterday’s blog post).

This afternoon, I wanted to find the post that Facebook had flagged and look at it in context. I couldn’t find it on my timeline. I couldn’t find the message from Facebook, either. I looked in the Photos app on my phone and found the image – it was one of a dozen or so that Sokun, our guide in Cambodia, had sent me to distribute to our tour group. I looked in the tour group’s Facebook group, and saw that I’d uploaded all of Sokun’s images there so everyone else could download them at their leisure – and, a mere 26 months later, Facebook’s scanners had found this one and flagged it.

I eventually found the message from Facebook – it was in the “Support Inbox” in the Help and Support section of the settings dropdown – not exactly an obvious location.

I think I’ll leave the image where it is and see if it gets flagged again.

Edited to add: I’d forgotten that the group had been made public after the trip so we could let family and friends see photos, so I’m a bit less surprised that Facebook scanned it. I also decided that anyone on the tour had had ample time to download the guide’s photos by now, so I deleted the post with those photos, including the one Facebook didn’t like.