Our new washer and dryer were delivered today, bright and early. I had planned ahead and turned off the valves for the washer last night to make sure we could drain as much water as possible – that turned out to be a surprisingly good decision.

After the installer had put everything in its place and hooked it all up, he turned on the cold water valve and noticed it was damp – there was a teeny tiny leak. So he couldn’t officially install the washer – but since everything was connected, he left it in place and strongly suggested we get the valve replaced. When I called the plumber to make an appointment, they told me that I was lucky that the installer hadn’t discovered the problem earlier or he wouldn’t have connected the washer at all!

The new washer, like the old one, is a front-loader and wants High Efficiency detergent. The old washer’s manual suggested using HE detergent but said “if you can’t find it, use regular” – the new washer’s manual says “you MUST use HE detergent”. I thought I’d been buying HE detergent all along, but when we went to do our first load of laundry, I discovered that the last time I stocked up, I had bought regular – so we made an emergency run to CVS for HE. I’m sure we could get away with using the regular detergent but I didn’t want to start on the wrong foot.

After all of that, actually doing the laundry was blessedly uneventful. 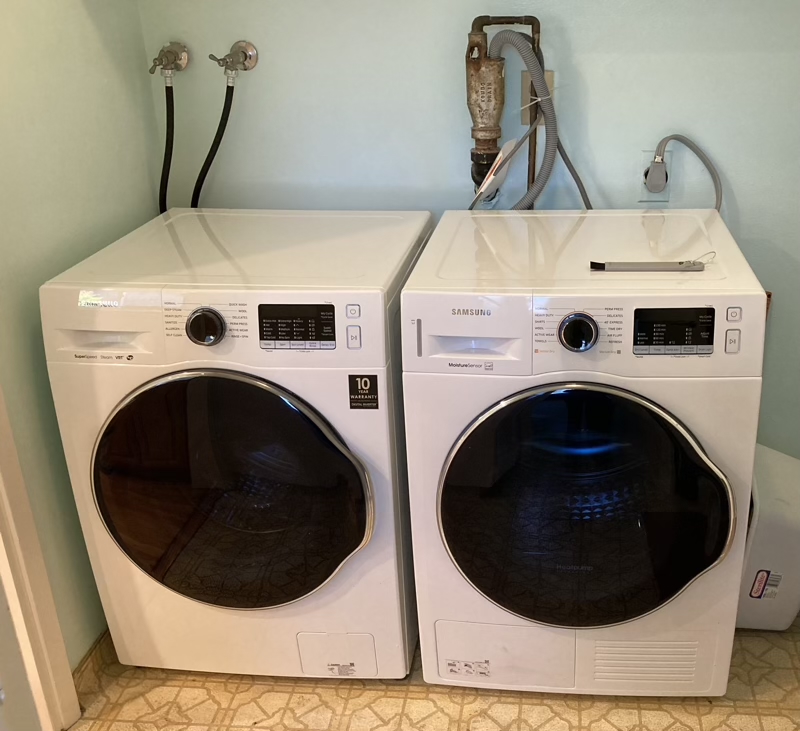