Lance Milbrand is a videographer whose videos have been featured as part of the CBS Sunday Morning “Moment in Nature” segment, most recently with a video of Muir Woods. He’s also a member of the Silver Tongued Cats Toastmasters.

I helped him with an email problem a few weeks ago – somehow, Verizon had set up one of his email accounts as a POP account so he could only access it on his phone, not his computer – I walked him through converting to IMAP so he could use it both places. In return, he offered to help me with photography issues, and said I really needed to learn about tone curves.

I haven’t taken him up on his offer yet. This morning, though, I was thinking about the Moon photos I posted last night and how they weren’t quite what I remember seeing – and the words “tone curve” came to mind.

I sat down with Lightroom today and started with the same photo I used last night – 1/2500 second, so it was quite dim. This time, I played with the tone curve right after cropping the photo and boosting the exposure – I made Lightroom map the small part of the luminance range that was actually in the photo to the full 0-255 range. I still had to do more fiddling to get to the image I wanted, but it’s much closer to what I remembered seeing – and I didn’t have to go to Photoshop to remove speckles from the dark sky! 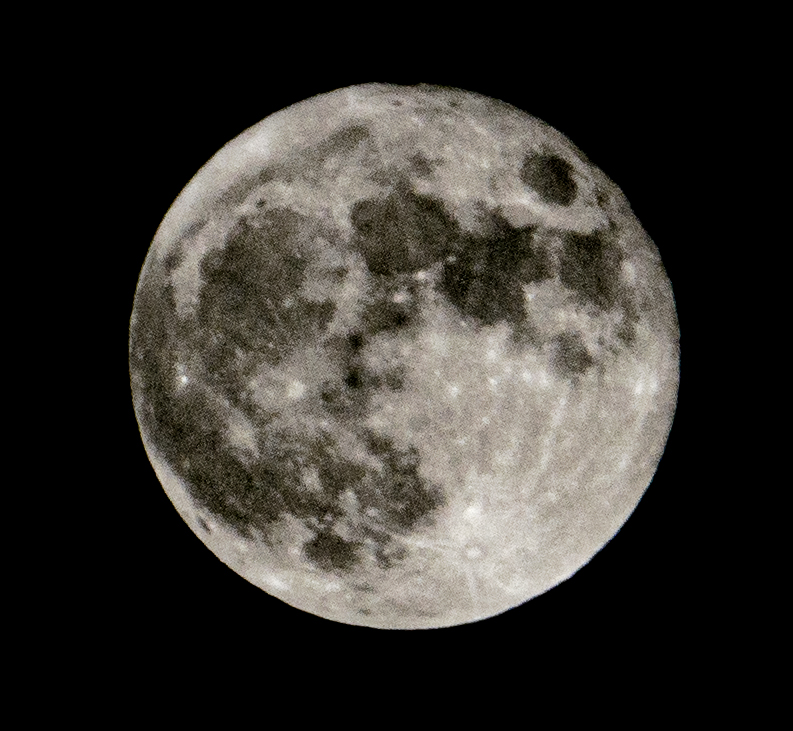 Thanks, Lance – now I can declare victory on one project!