When I brushed my teeth this morning, I noticed that the water in the sink was draining verrry slowly. We had to rush off to the JCC for our weekly torture session with our trainer, but I had just enough time to pour in a little drain cleaner before we left.

Two hours later, the sink was empty – but it filled up again as soon as I put some water in. This wasn’t the first time we’d had a drain problem, of course – so I pulled out the plunger and went to work, bringing gunk out of the drain AND the overflow. I cleared it from the sink and waited for the water to start draining.

Nothing happened. I poured in yet more drain cleaner and went on about my business. An hour later, the water was gone, but it had left its mark. 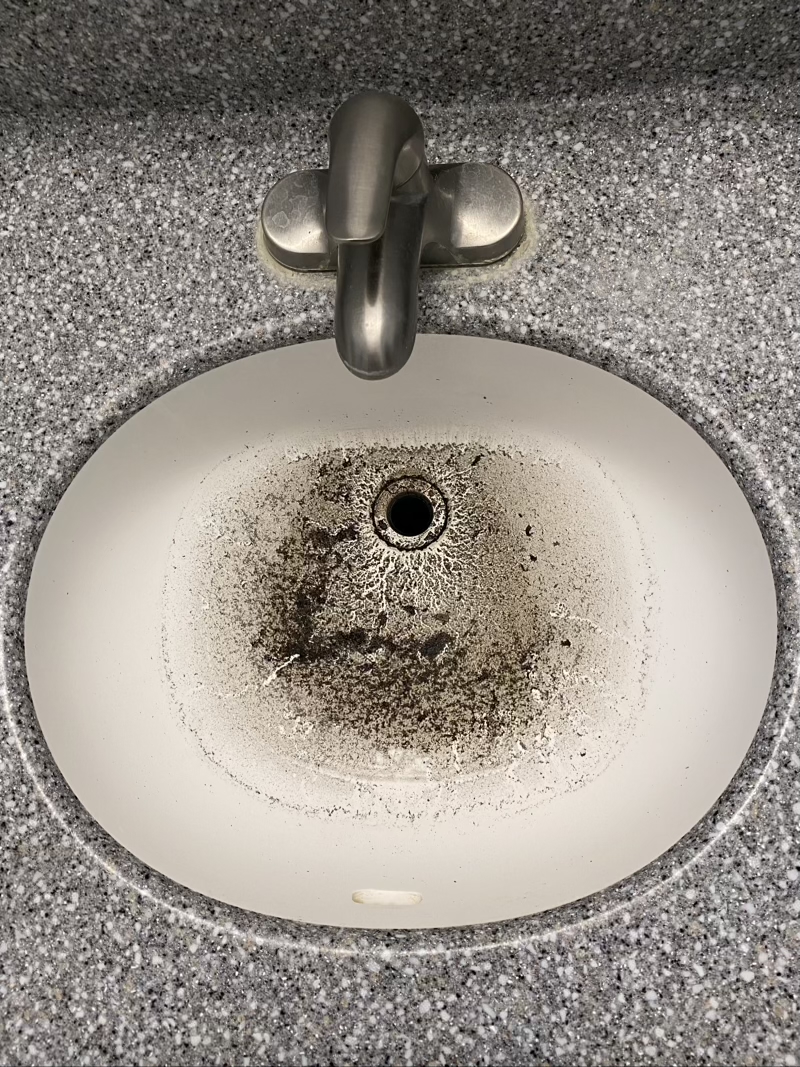 I cleaned the sink and ran some water to rinse it off – and the water just sat there.

I was out of drain cleaner – it was time to bring in the professionals. Our usual plumber (Scott at Thorne’s Plumbing) said he’d be able to come out late this afternoon; we cleared out the area under the sink and waited for the doorbell to ring.

Scott was successful – but it took him over an hour to get the job done. There was a huge plug of congealed gunk in the trap under the sink that refused to budge, even with a power snake. The trap had rusted in place, so he had to use a Sawzall to remove it! After that, the rest was simple (for him!), and now we have a new plastic trap and a working drain.