Reunion last night was a lot of fun, even if I wasn’t able to talk to all of my classmates who were there – maybe I’ll catch up with them in five years.

Today, we were treated to a tour of the NEW J. R. Tucker High School; the school I attended was built in 1962 as a campus-style school (no interior hallways). While I was there, they added an extra classroom building (this one did have hallways) and replaced the gym after it imploded (amazingly, no one was hurt!). After nearly 60 years, the school needed major renovation – and the county decided that it made more sense to replace the facility instead. 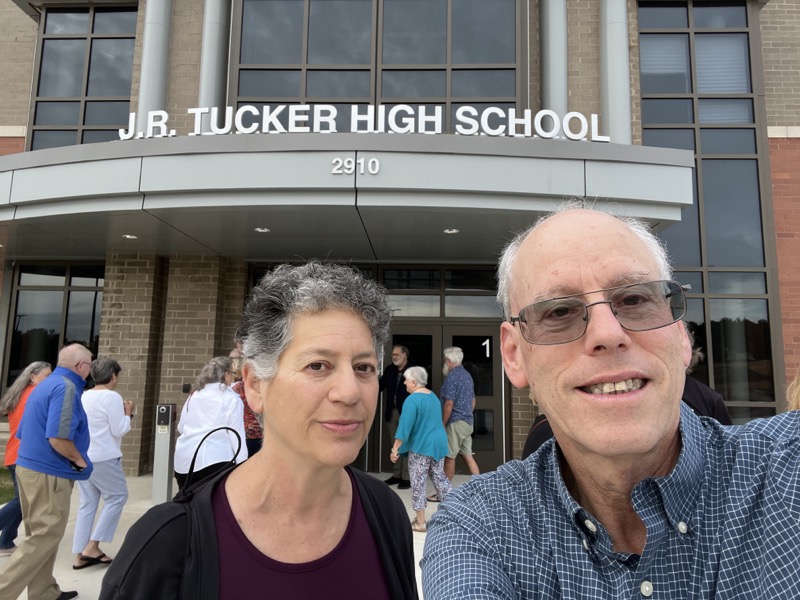 The new Tucker High School is a huge two-story multi-wing building designed for today’s environment. There’s one main entrance leading into the office area; the rest of the school is behind additional lockable doors. This is the third high school the county’s built with these plans; the other two were built a few years ago, so they made some modifications based on what they’d learned.

The interior has lots of open space and collaborative learning areas. The library has a “learning staircase” where people can sit during free time – it looked very inviting. 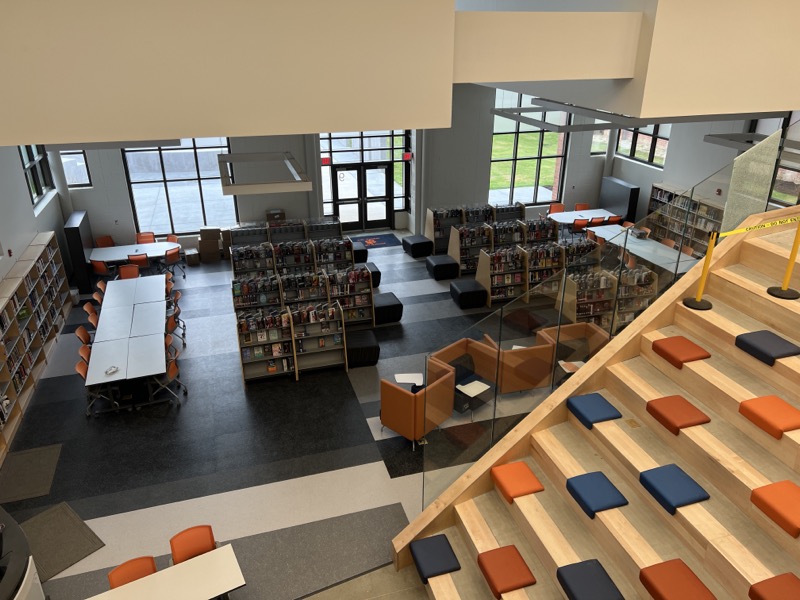 There’s a commercial kitchen for the culinary program – we were amazed. 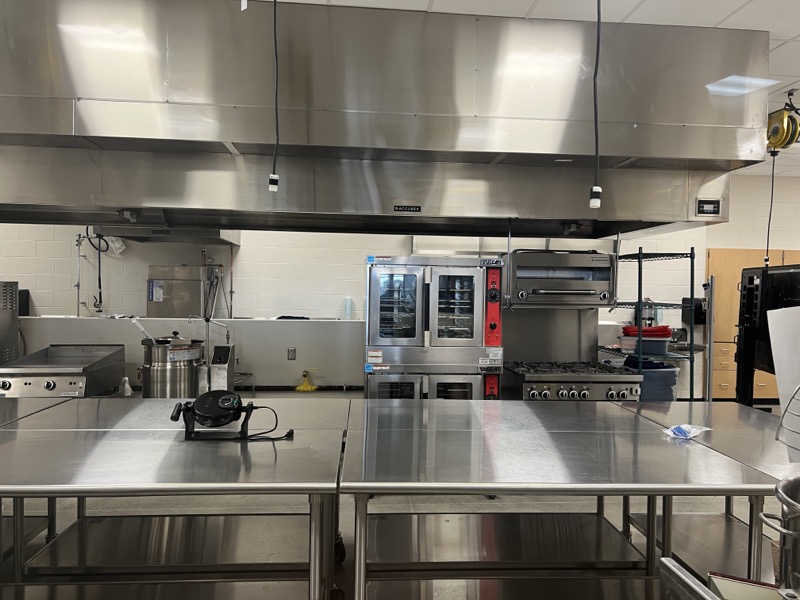 The gym is huge (three full basketball courts), and the roof is guaranteed not to fall in. 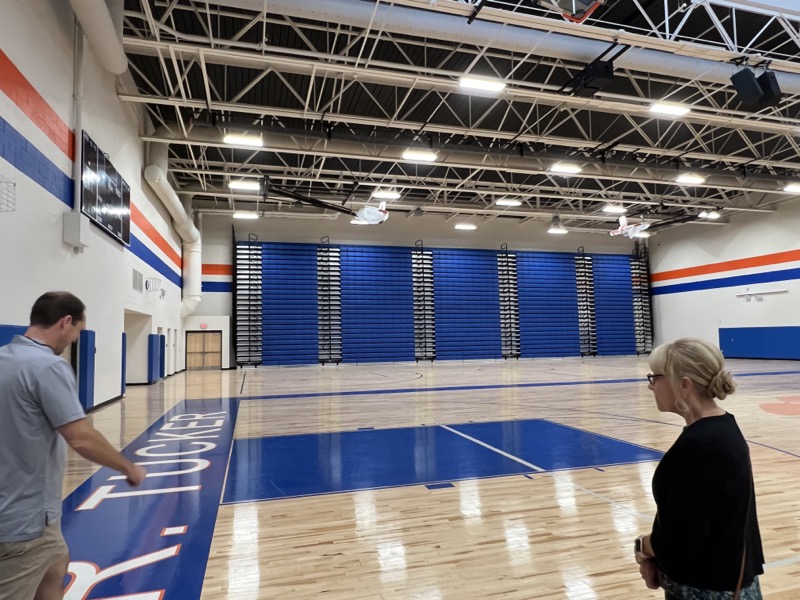 They’re still putting the final touches on the school; it’d be a good place to have the next Reunion, but there might be a problem serving alcohol on school property. But I guess it wouldn’t be the first time people drank in the parking lot….

After the tour, we drove down Monument Avenue to see what it looked like after the statues were removed. The plinths are still there, which seems odd, especially since the text in praise of the Confederates is still fully visible. 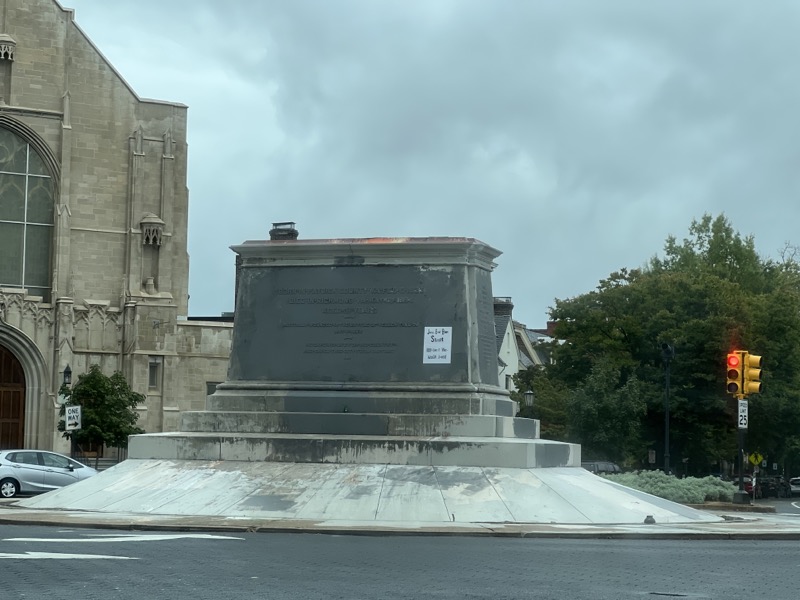 The site of the Lee Monument was the center of the protests, and it’s still fenced off and the plinth is thoroughly covered with graffiti. I don’t know what they’re planning to do with the site – and I’m not sure what I would recommend. 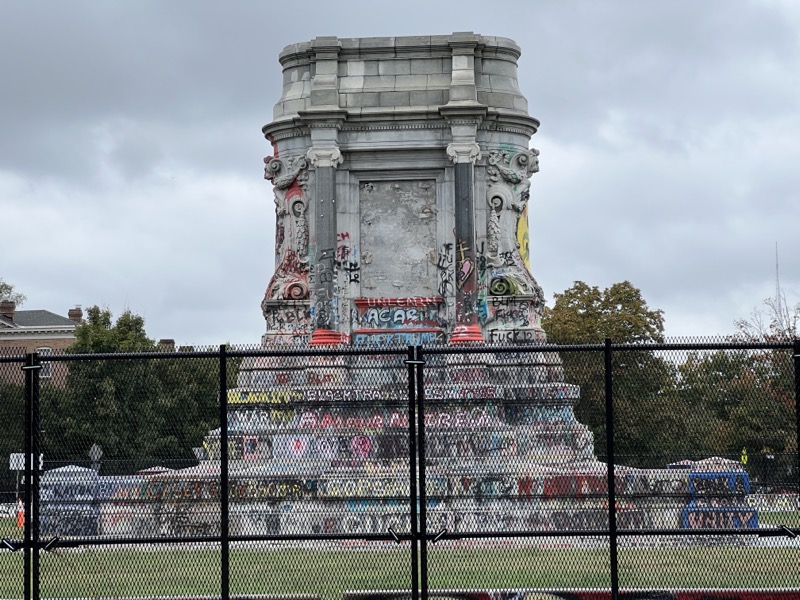