It’s been a pretty quiet day. At one point, we were hoping the “Play a Sound on your AirPods” feature of Apple’s “Find My” app would make some noise, but it turns out that it does nothing if the AirPods are in their case and the case is closed! We eventually found the errant AirPods (in their closed case), but it took a while to track them down. 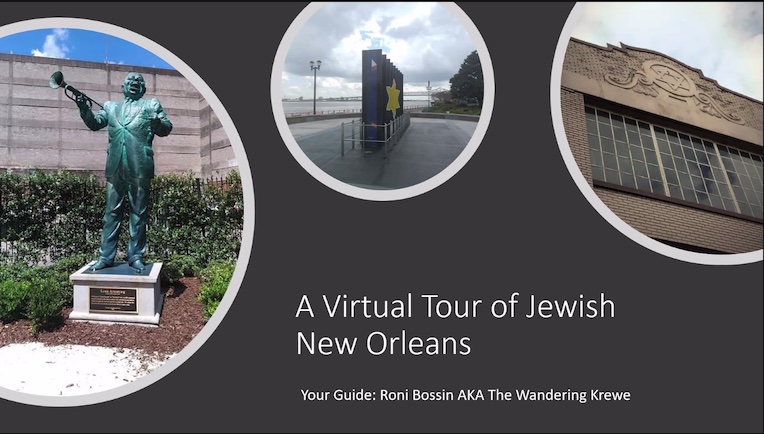 The highlight of the day was a virtual tour of Jewish New Orleans (part of Shir Hadash’s “Lunch and Learn” programming), led by Roni Bossin of The Wandering Krewe. He used a mix of Google Earth and PowerPoint to lead us through the city (mostly the French Quarter) and give us closeup views of the relevant sights. Being there in person would have been better (especially when we “visited” Cafe du Monde), but this tour was a pretty good substitute and a lot more convenient.