I made pretzels again today, and for the first time, I was able to roll them out to the 18-24” length that the directions suggest you need before making the twist. I wish I knew what I did right – was it:

Or was it some combination of the above? Or was I just lucky?

Boiling the pretzels on the induction cooktop was a real pleasure compared to the electric cooktop; at no point in the process did I worry that it was going to boil over (I usually had to move the pot off the burner a few times with the old top).

We wanted to watch the Worldcon Masquerade, but it was on at dinnertime. I thought it would be available for delayed streaming – and it will be, but not until after the con ends. Oh, well; at least I’ll know to plan time for the Hugos tomorrow.

After dinner, we did go to one panel: Science Talk 11: Space Exploration. We tuned in about 20 minutes into the first panelist’s talk – he had lots of slides with lots of words and he read them to us. The other two talks were much more interesting – Katie Mack’s “Mars or Bust?” went into problems with getting to Mars and living there (and possible solutions), and Geoffrey Landis took us through some possible uncrewed Titan missions.

Katie Mack finished her talk with a lovely photo of Earth, taken by the Curiosity rover. It’s not quite the same as seeing it first-hand, but it’s pretty amazing nonetheless! 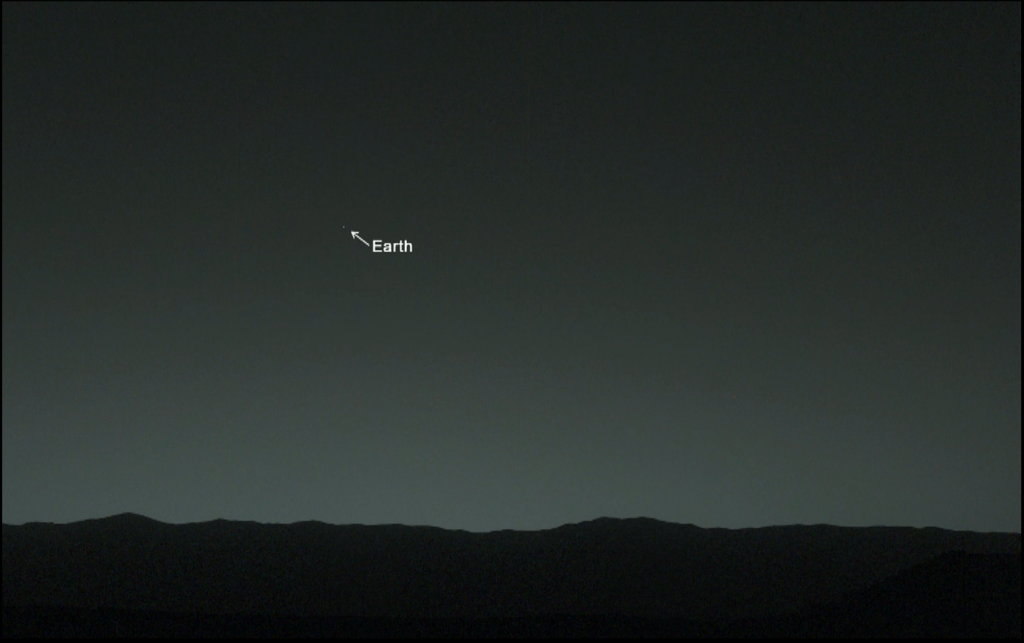