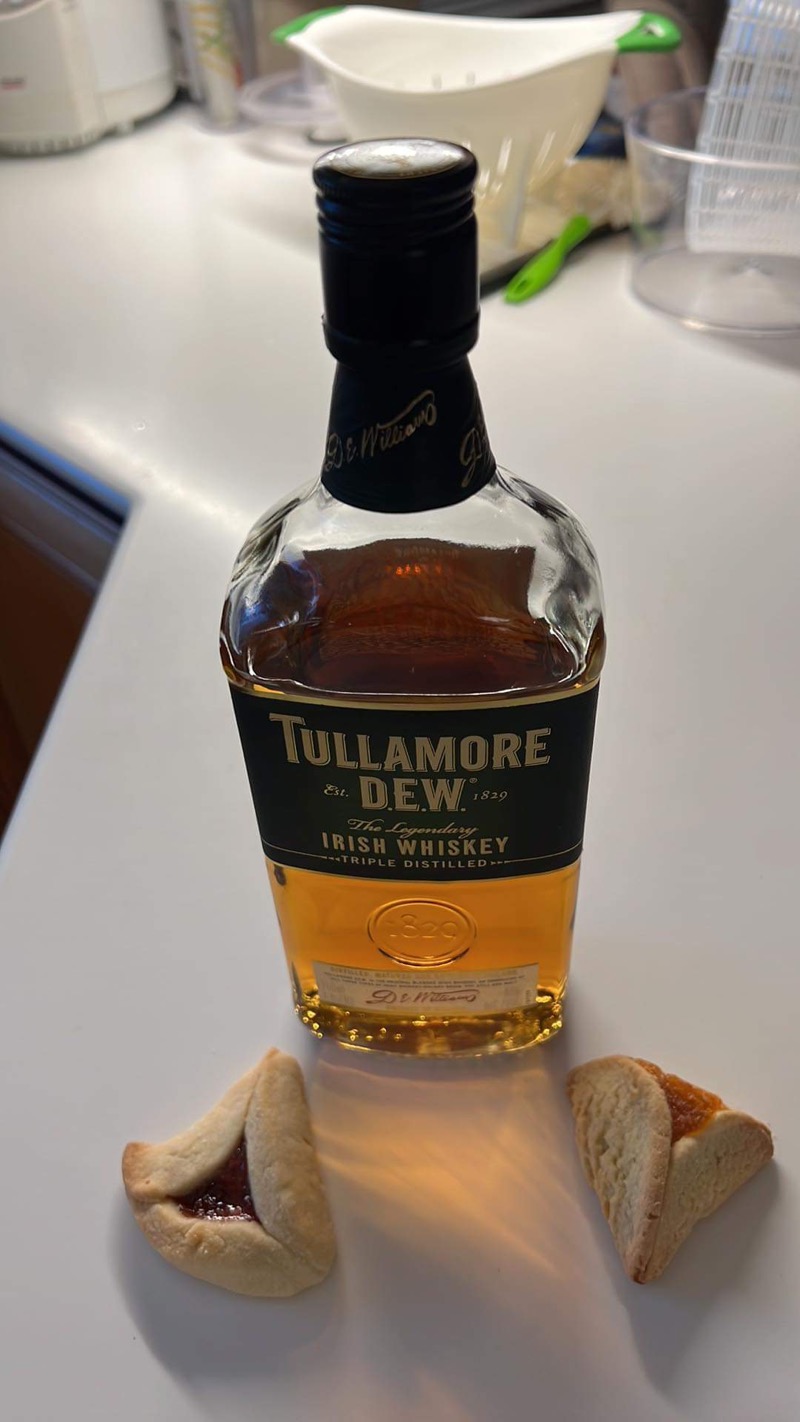 We celebrated the overlap of Purim and St. Patrick’s Day today.

We had some of the goodies in the Mishloach Manot package from Shir Hadash after lunch; this evening, we made a new recipe from The New York Times: Whiskey-Glazed Salmon With Salt-Crusted Potatoes. The recipe calls for whiskey, so we bought a bottle of Tullamore Dew – we have plenty left, so we’ll try it again.

The recipe is for four servings, and we were only feeding the two of us, so I cut everything in half; next time, I’ll make more glaze – it was quite tasty. And I’ll keep a closer eye on the potatoes – I didn’t shake them enough in the final few seconds before all the fluid evaporated, so they didn’t get properly crusted with salt (which may make my cardiologist happier). 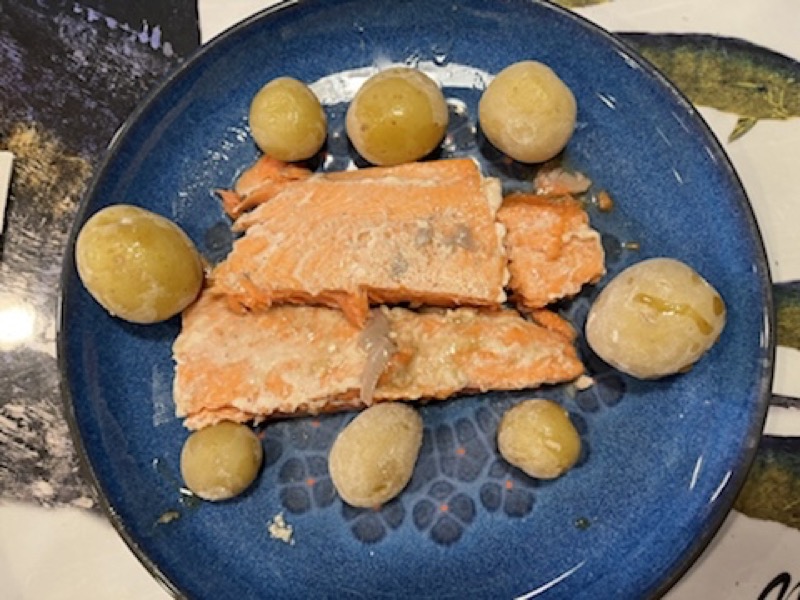 I don’t think there are any holidays tomorrow, unlike the rest of the week (Pi Day, the Ides of March, Purim, and St. Patrick’s Day). I guess we’ll cope.