We must have been tired yesterday because we slept until 7am, even though one wall of our room is nearly entirely windows and sliding glass doors, without curtains or blinds (we’re on the third floor, facing the river, so there are no privacy concerns).

After breakfast, we left for Yosemite Valley; the park was a lot busier than it was last night, but still not very crowded. It was easy to find parking in the main Village lot, which is unlikely to be the case in a few weeks.

The Visitor Center is closed (they’re building a new one which should be open next year), but there was an outdoor “contact station” with Rangers, so we went there for suggestions and so Diane could get an official Yosemite pin from the store.

We walked down to Lower Yosemite Falls, then followed the Valley Loop trail to the cemetery. 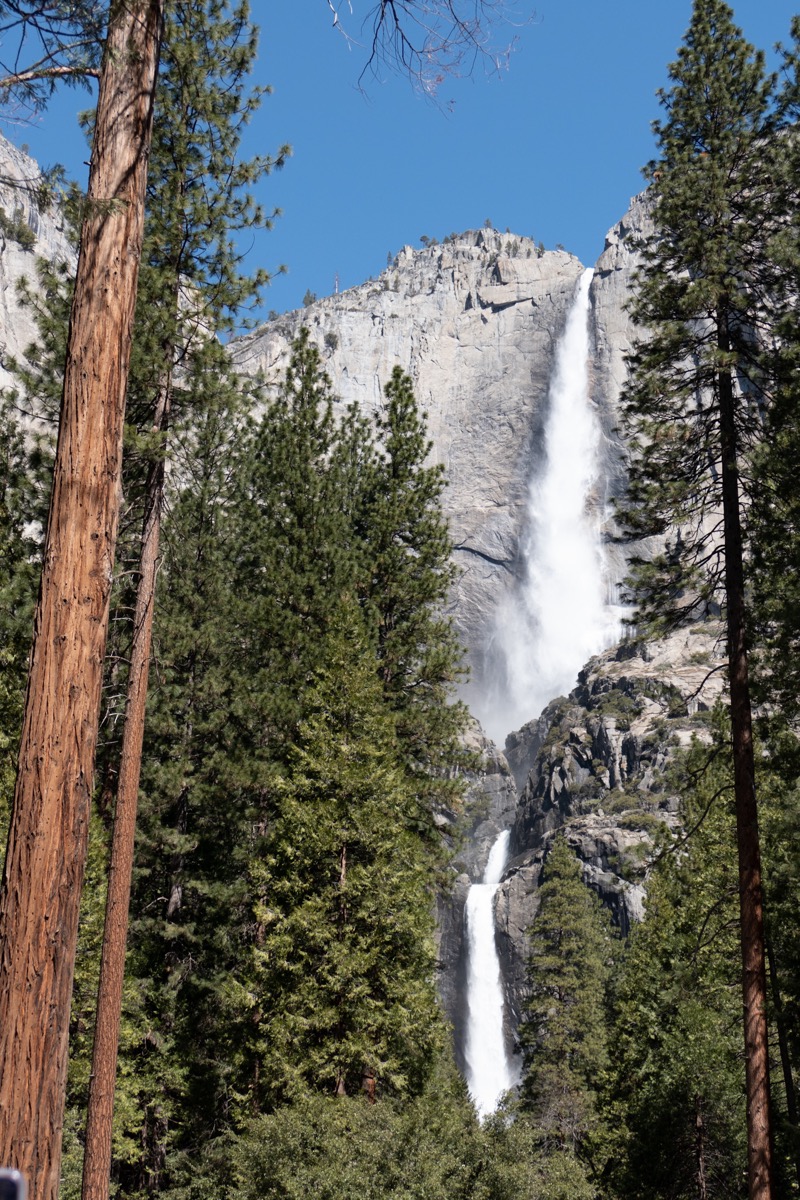 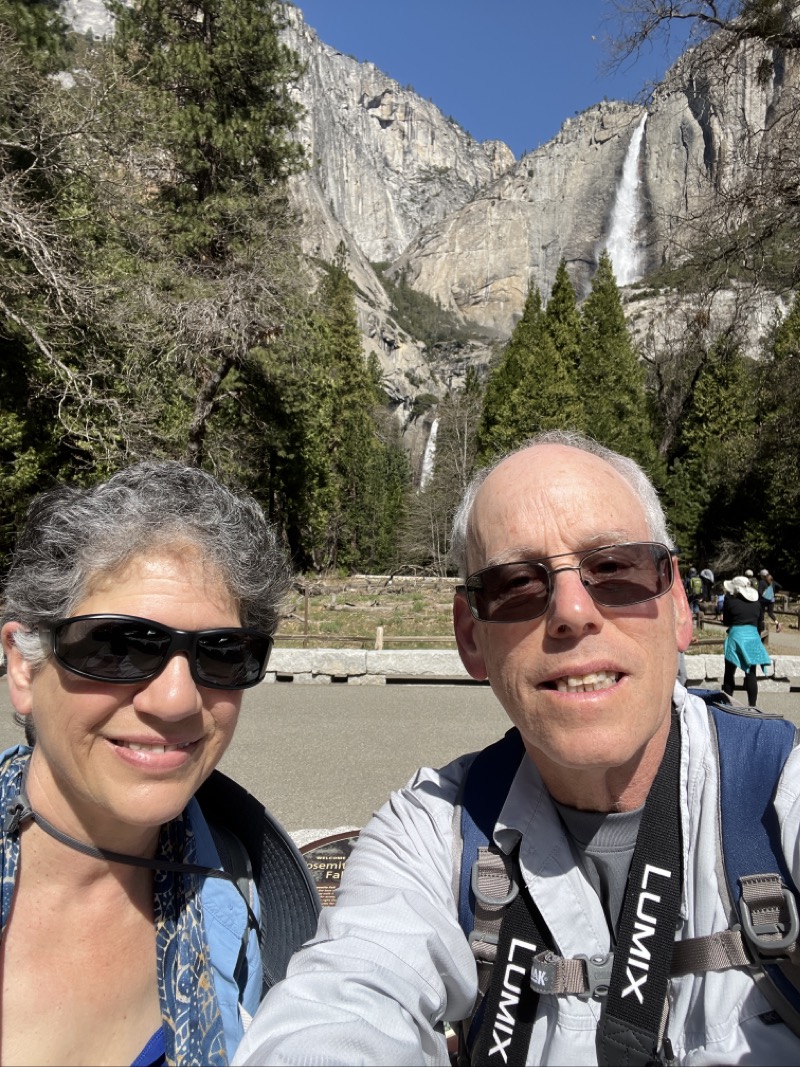 After that, we visited the Ansel Adams Gallery and had lunch at Degnan’s Deli (not worth a special trip), then set out for Curry Village. We enjoyed views of Half Dome and the Merced River on our way. 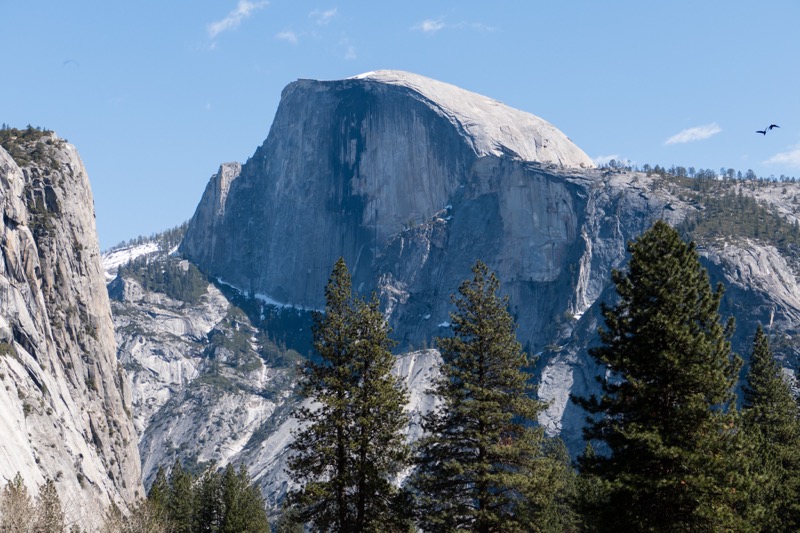 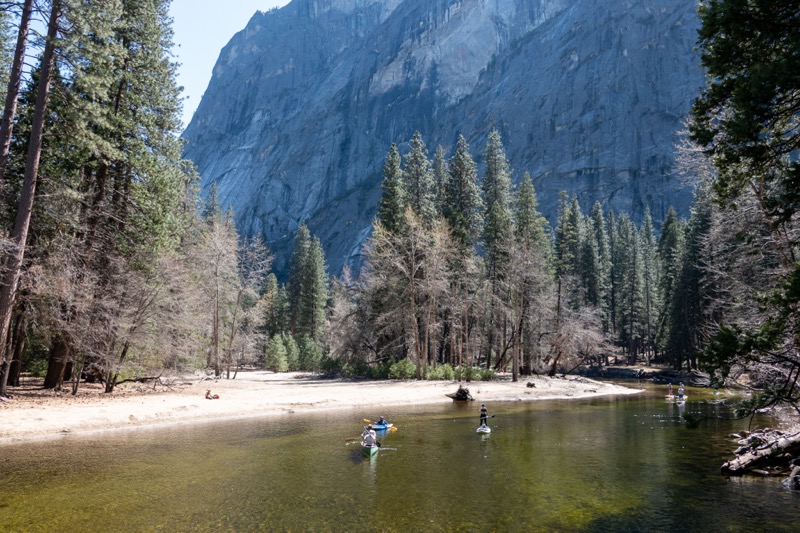 It had gotten pretty warm, so after a brief stop at the Curry Village market to pick up T-shirts, we took the shuttle back to our car.

We planned to go to Hite Cove next, but on our way out of the park, we stopped near El Capitan for a closeup. There was a crowd just outside the parking lot passing along binoculars and marveling at the campers suspended halfway up the face (I circled them in the second photo). 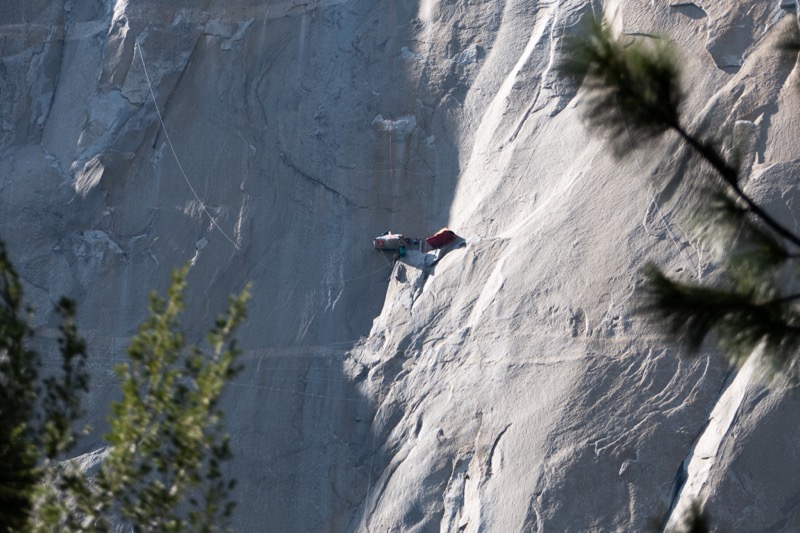 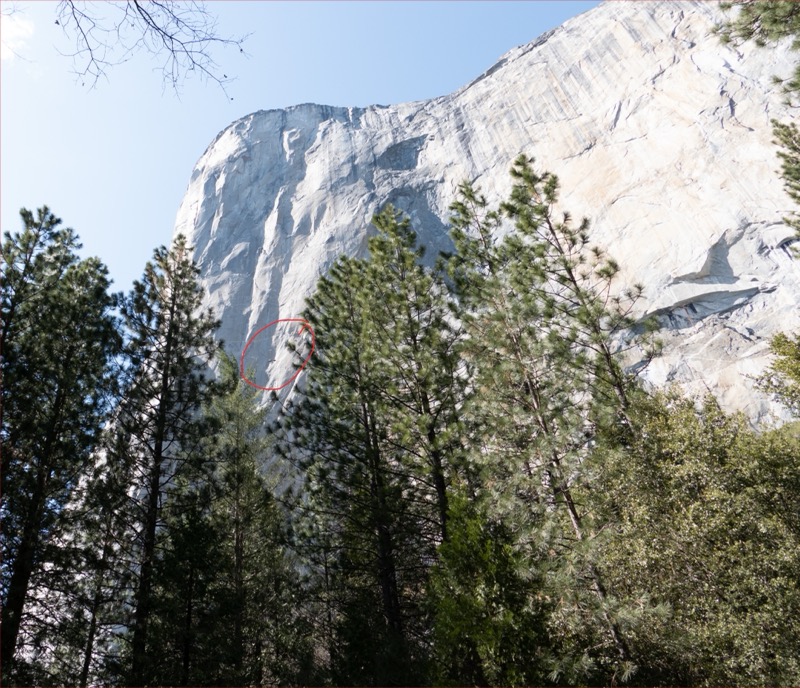 We tore ourselves away and drove to the Hite Cove trailhead to enjoy the wildflowers there. I guess it’s still a bit early in the season, because the flowers were small and scattered, at least in the first half-mile of the trail, but we enjoyed the hike, the scenery, and the flowers anyway. 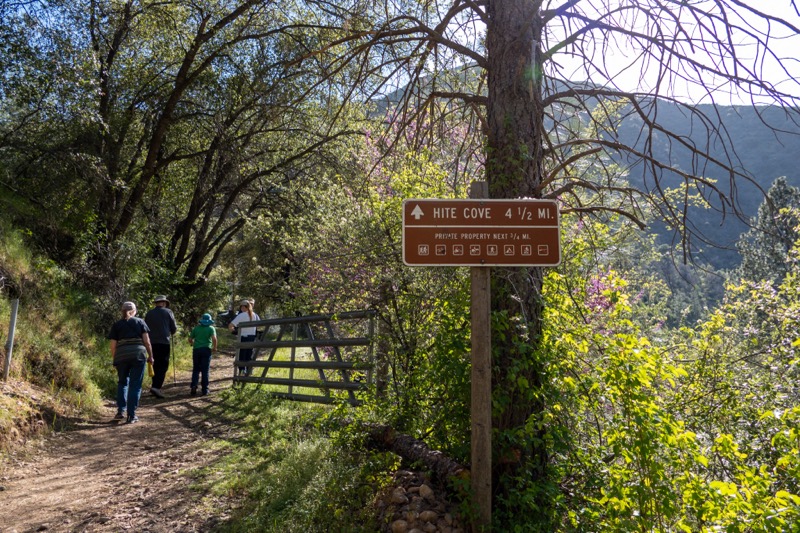 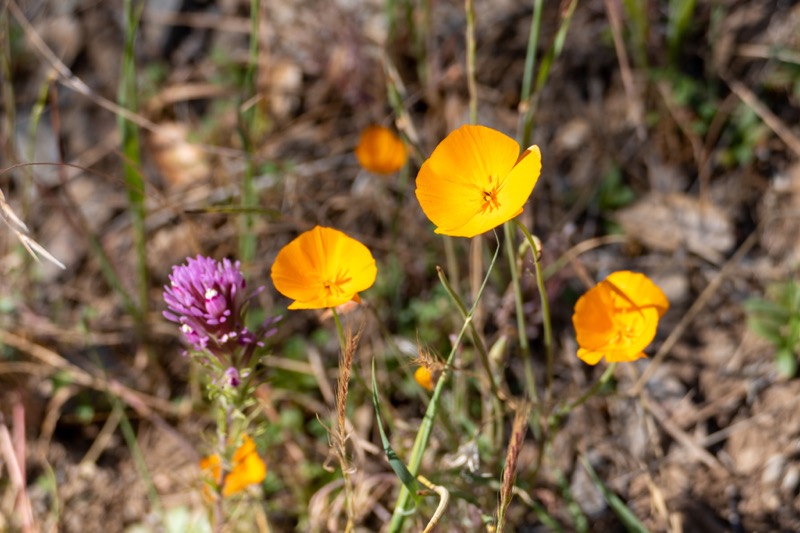 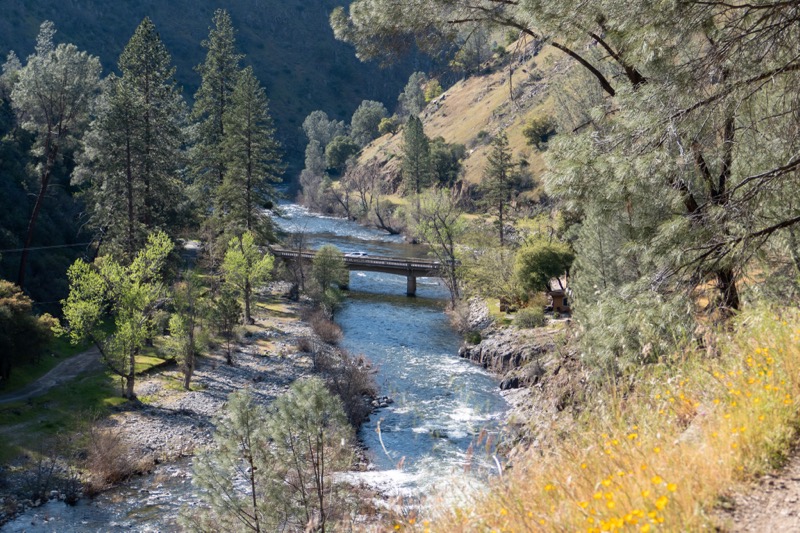 We returned to our B&B for dinner at the adjoining restaurant (real vegetables!), and then spent a little while on the deck meeting the other guests and watching hummingbirds. Oh, and eating more fresh-baked cookies. Can’t forget the cookies! 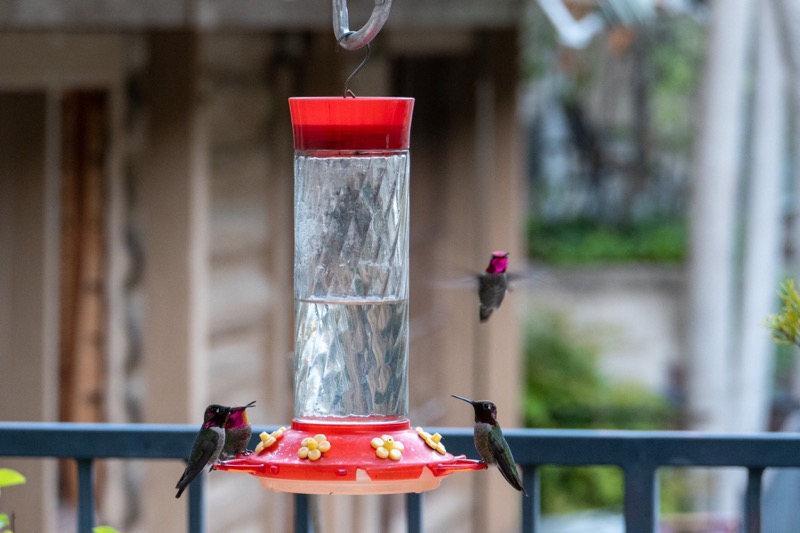