I had big plans for tonight’s journal entry, but I worked on the Spring Almaniac instead. That, and trying to figure out what’s going on with the network – we keep losing connectivity, but the modem (and the phone) are working. I’ve rebooted all of the networking gear with no success – maybe it’ll recover overnight. 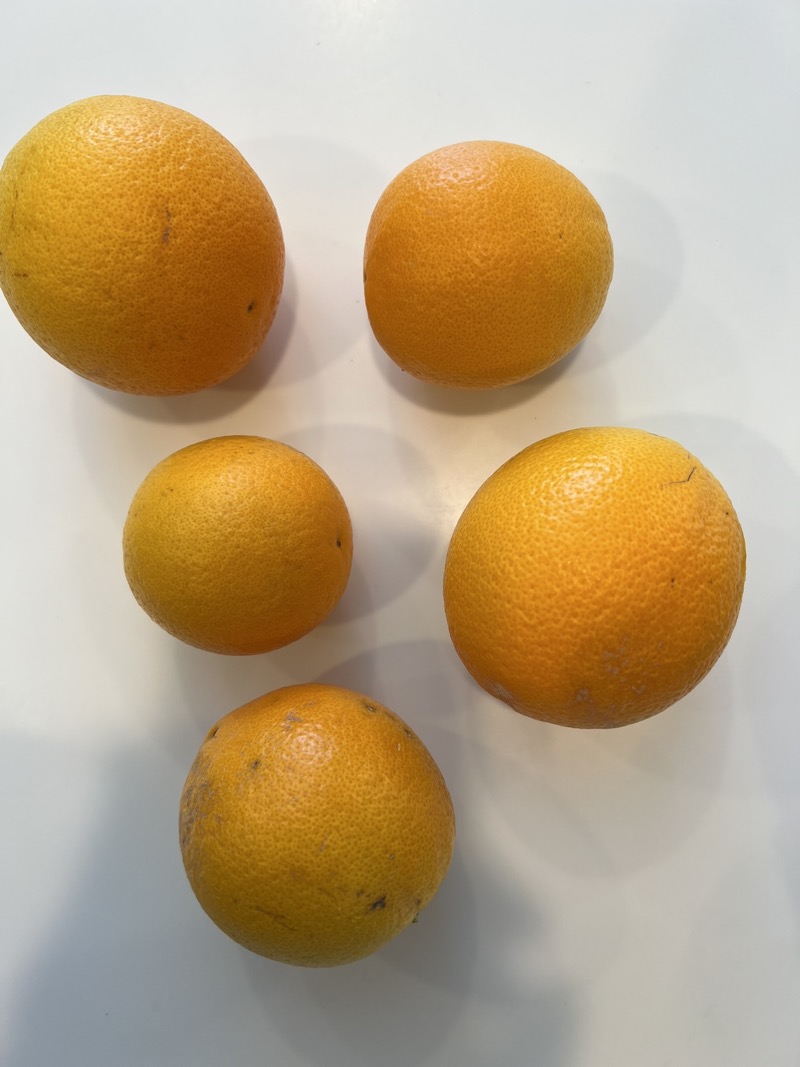 We harvested our orange crop this afternoon – all five of it. We used to get a lot more production from the tree, but it’s been pretty scant for the past few years. I’m not sure what the lifespan of an orange tree is, but I know this tree is at least 40 years old and might be as much as 60 if it was planted when the house was built.

And we got our second boosters today; we stayed with Moderna, since we’ve had fairly mild reactions with the earlier injections. After we got home, I saw an article in the New York Times reporting on an Israeli study of second Pfizer boosters saying that the added immunity waned quickly, so I’m glad I resisted the temptation to switch to Team Pfizer for this shot.