Today was Day 10 for Diane, so we each did a rapid test.

Hers was negative (hooray!).

The “Test” line was vivid on mine before the liquid got to the “Control” line. I’ll try again in a couple of days.

We did get to see the last part of the lunar eclipse tonight; I would have needed a tripod to get a photo with my big camera, but the iPhone was more amenable. 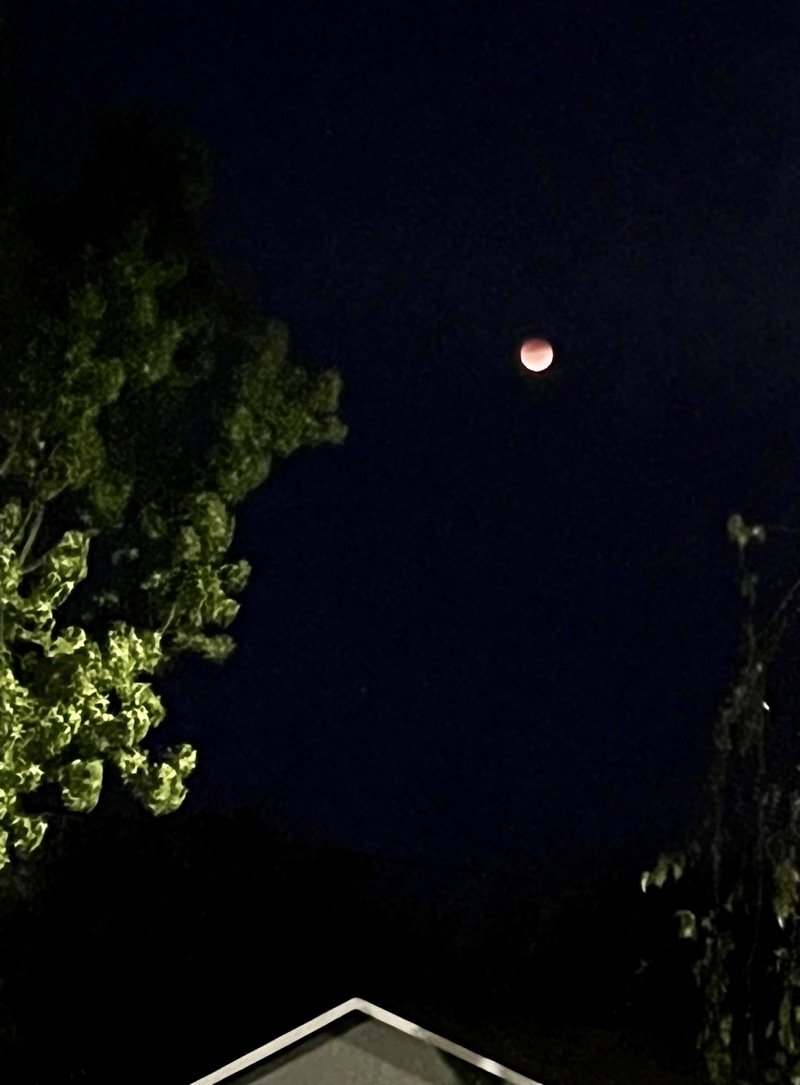 I took a RAW photo with the iPhone, too – unfortunately, not until just after totality had ended, so there’s a little bright spot at the bottom of the Moon. 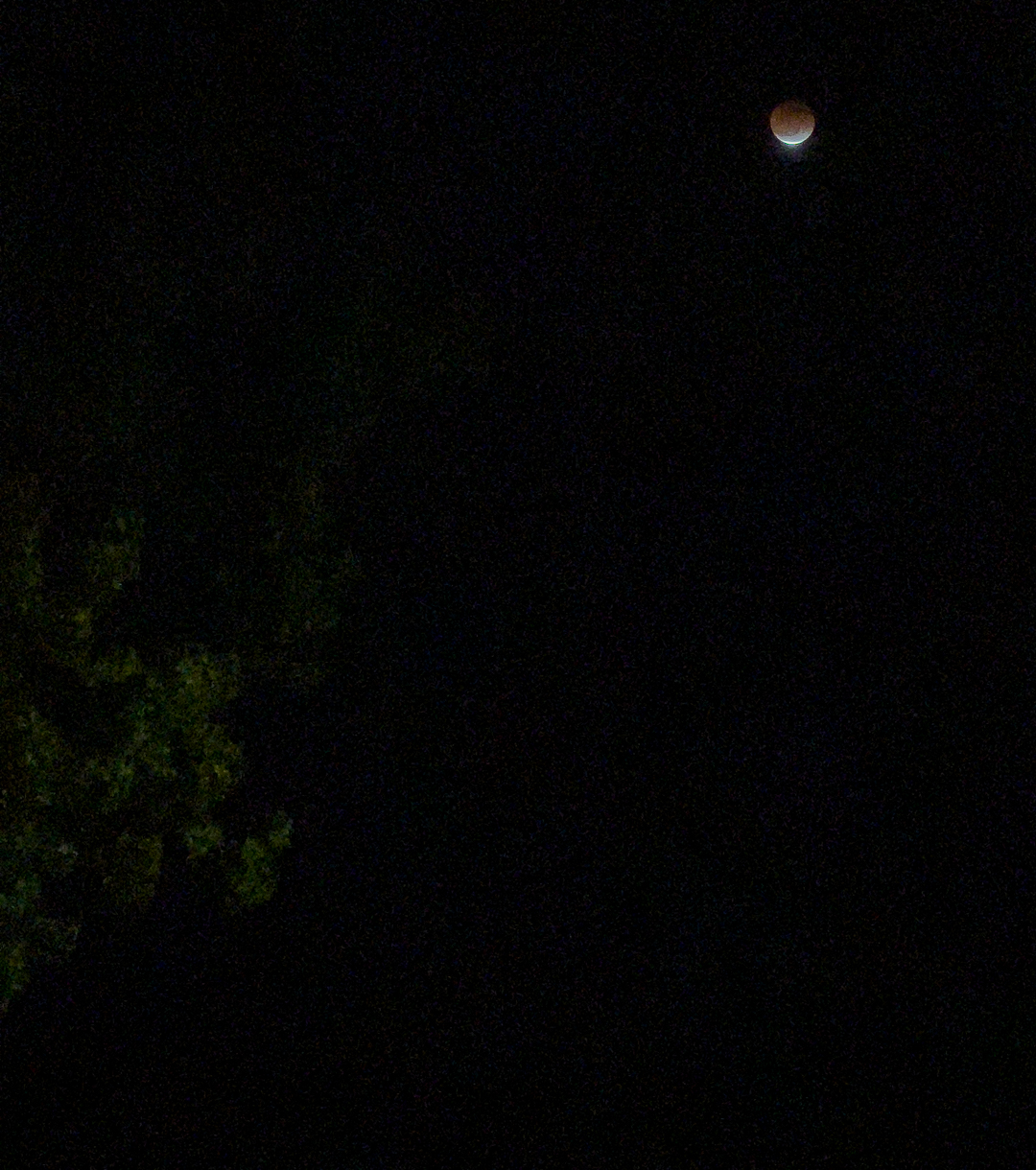 I cropped the same photo really tightly – it looks interesting, but I suspect the artifacts are dominant in this version. 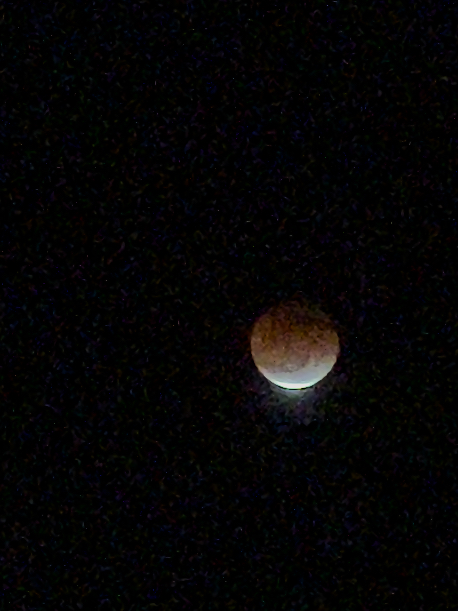