After lunch, we left for our first official Port tasting of the trip, at Quinta da Roêda, which is owned by Croft, which is now under the same ownership as Taylor.

Again, I was glad I wasn’t driving the bus – the roads were not built for tourism!

The trip was short – only 15 minutes or so – and then we were at the winery.

Our guide showed us the crushing room; he was standing in one of the vats where they actually crush wine by foot during the harvest. 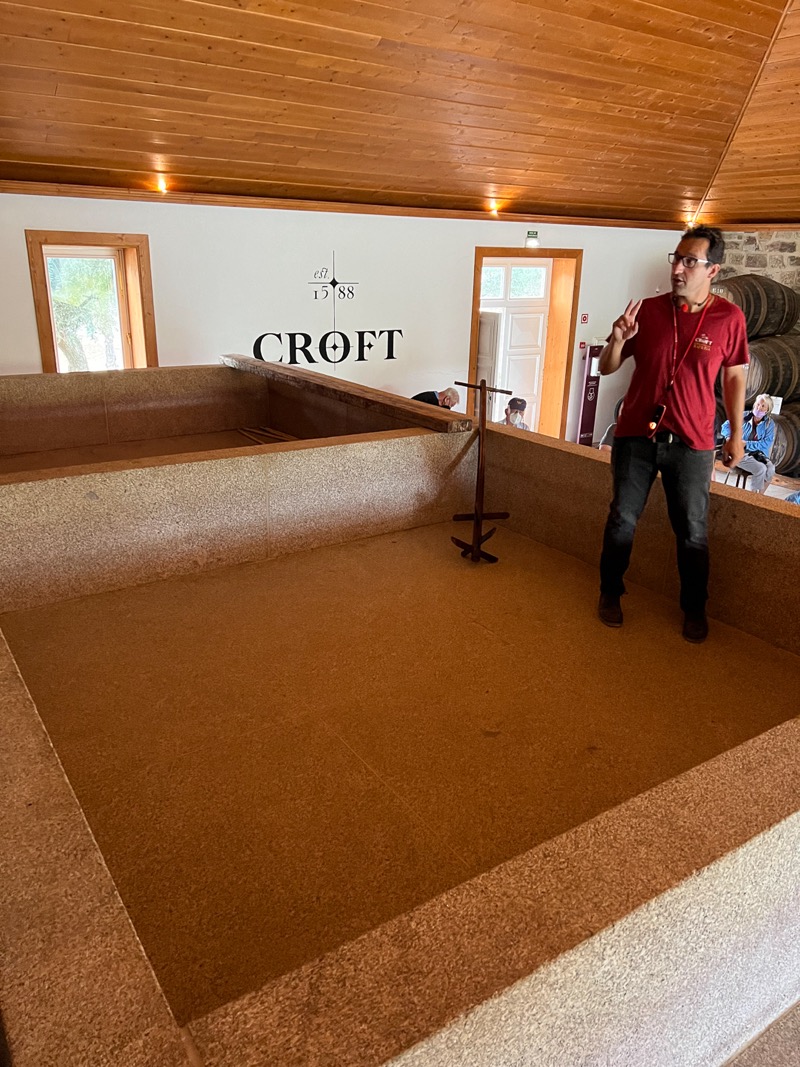 Port wine is a fortified wine; they use French brandy to fortify the local grapes. It’s stored in huge concrete vats. 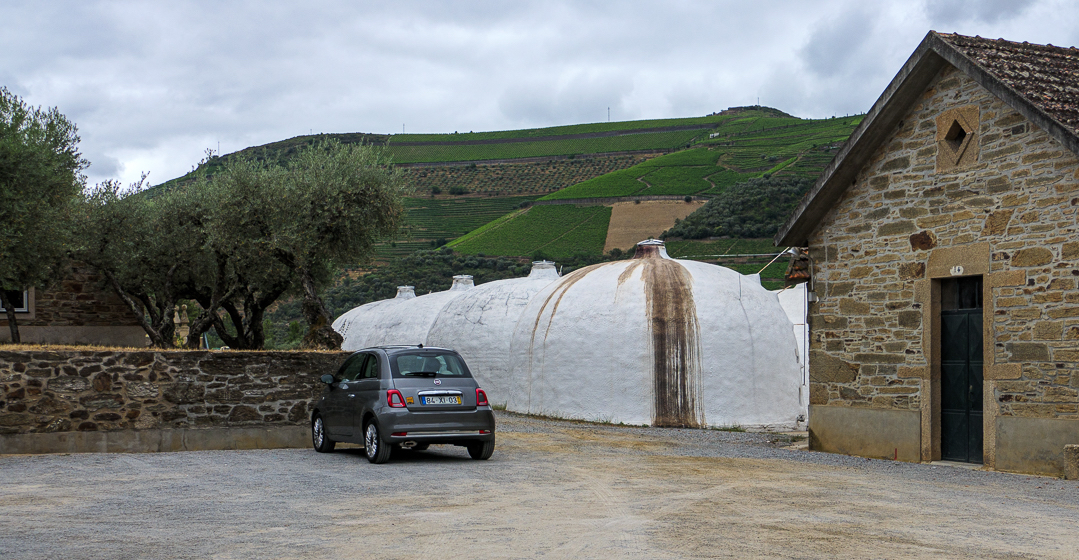 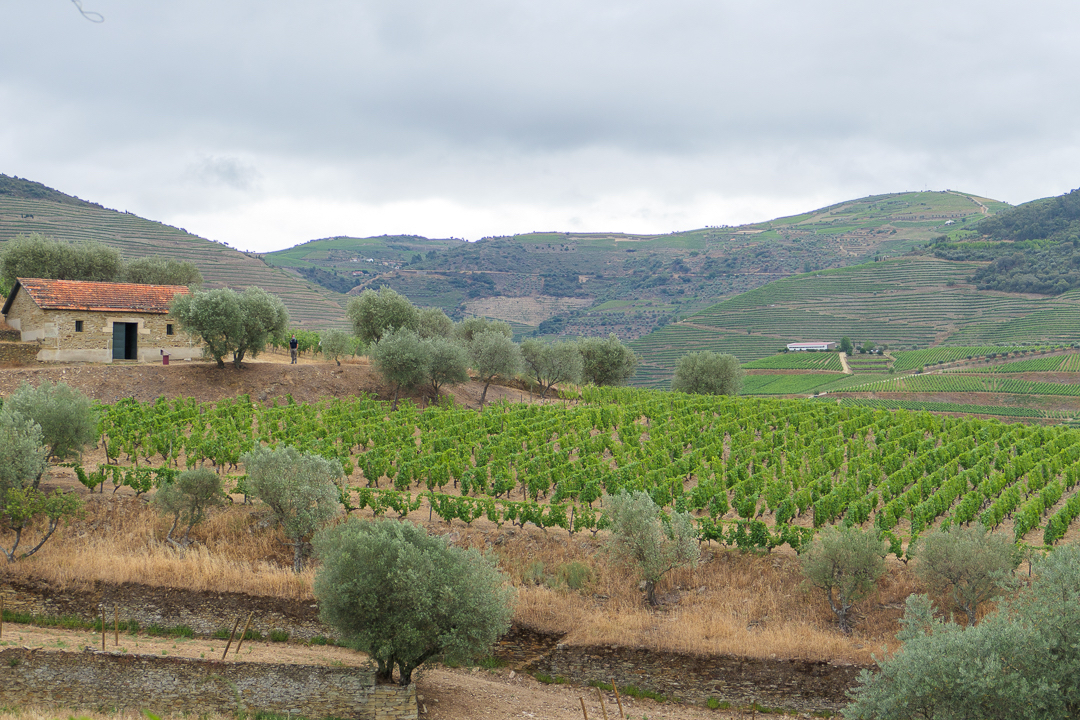 We saw one of their newer fields, about 16 years old. 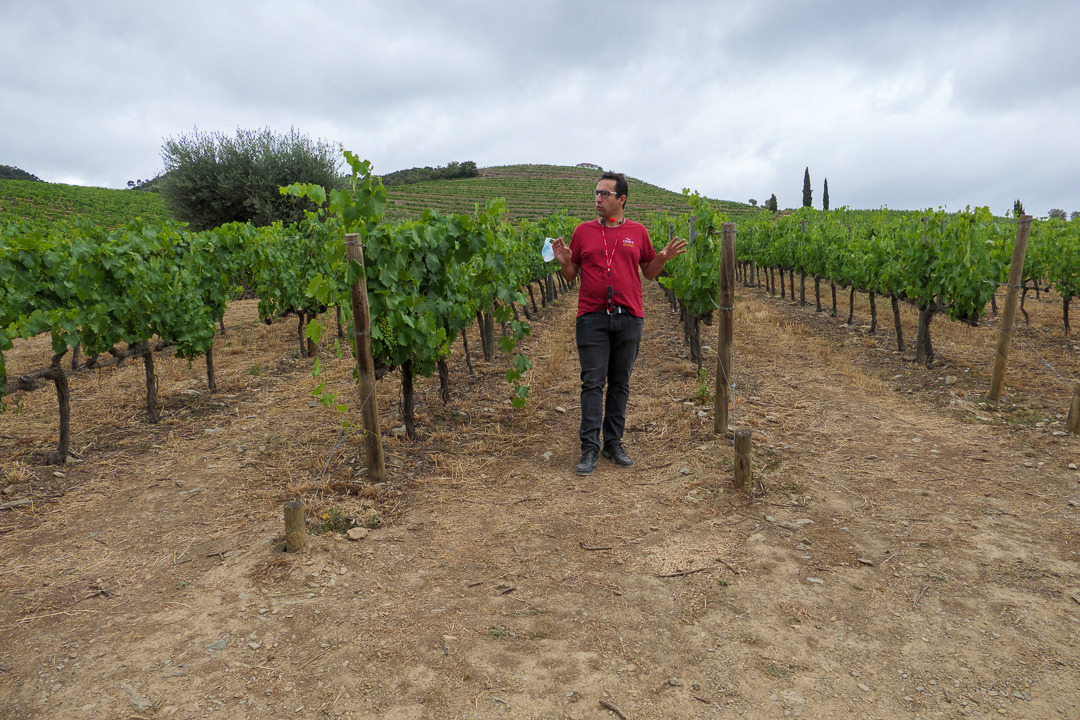 The wine itself? Pretty good, and less expensive than it would have been in the US, but not good enough to schlep. At least not until we can try some others! 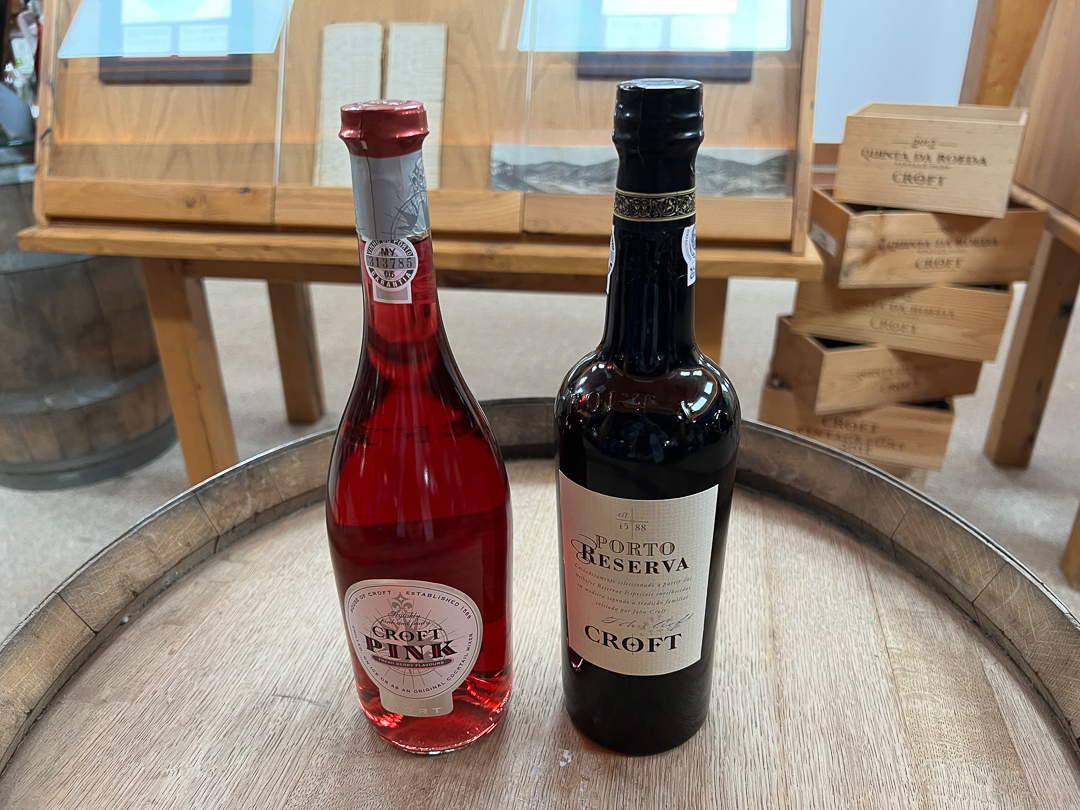