Today, we had a choice of two Porto tours; we took the “Hiking Tour” which spanned about 3.5 miles.

We started by walking from our ship to the lower level of the Luis I Bridge; it was a national holiday and people were out in droves. We had to stop for kayakers on their way to the water. 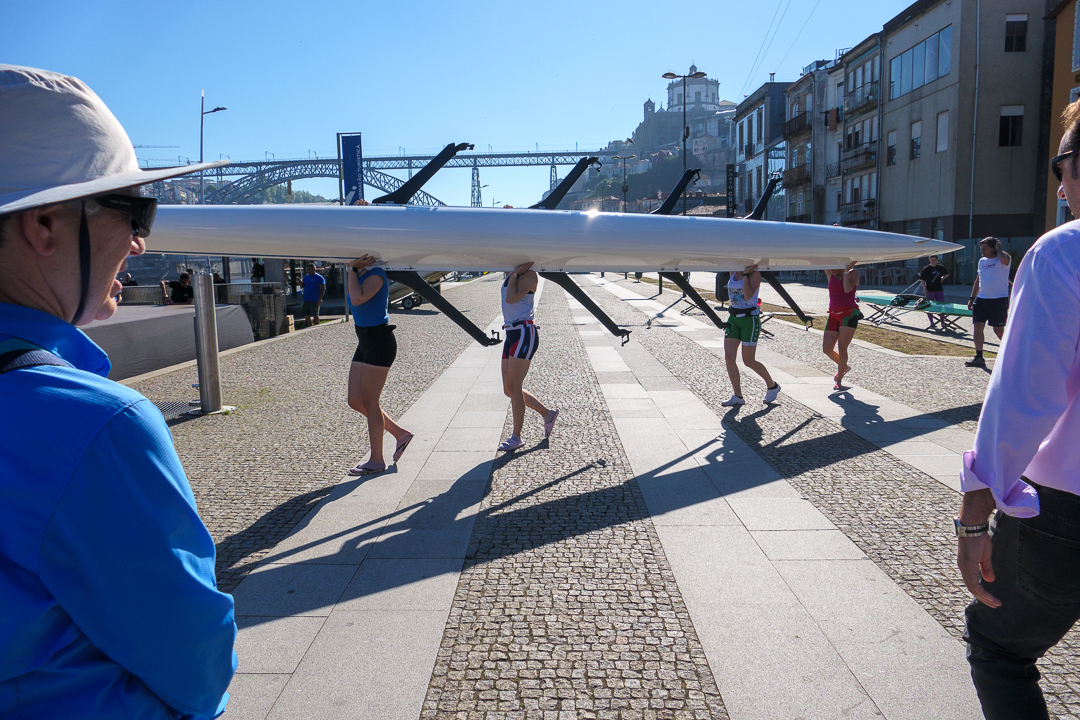 As we walked towards the bridge, we saw the replica ribeiro boats that are sponsored by the various Port houses; they are raced once a year on St. John’s Day in late June, and the winning house has bragging rights for a year. 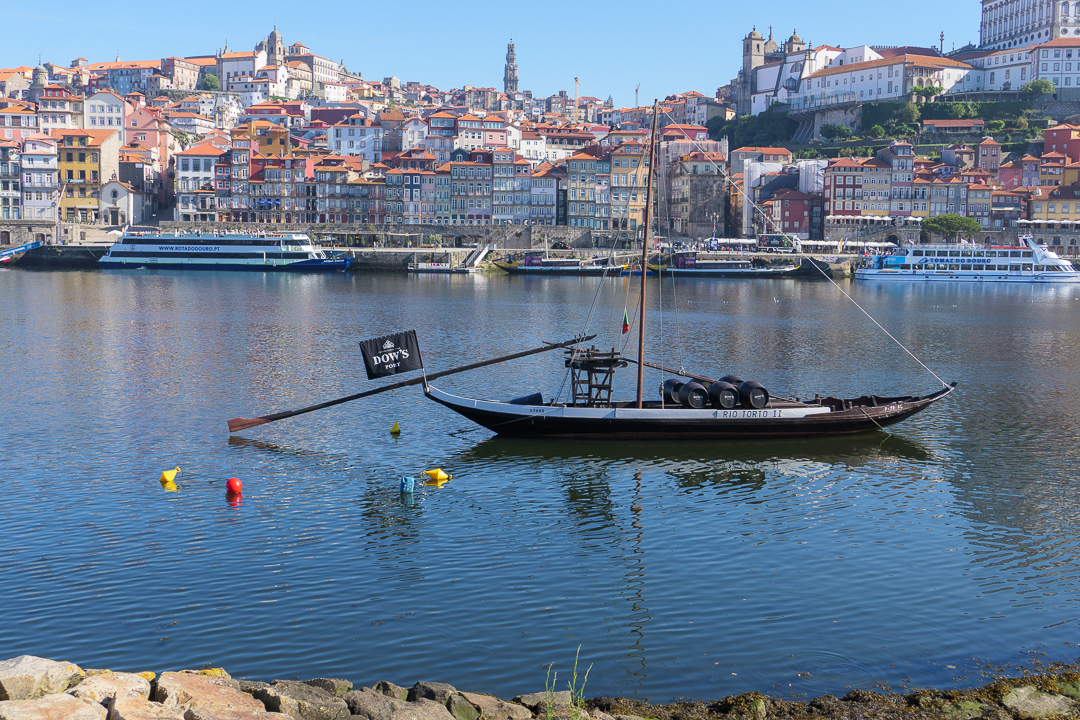 We crossed the bridge easily – they are replacing the pavement on the lower level, so there were no cars to contend with. Once we were on the Porto side, I was able to find our ship, the AmaDouro. 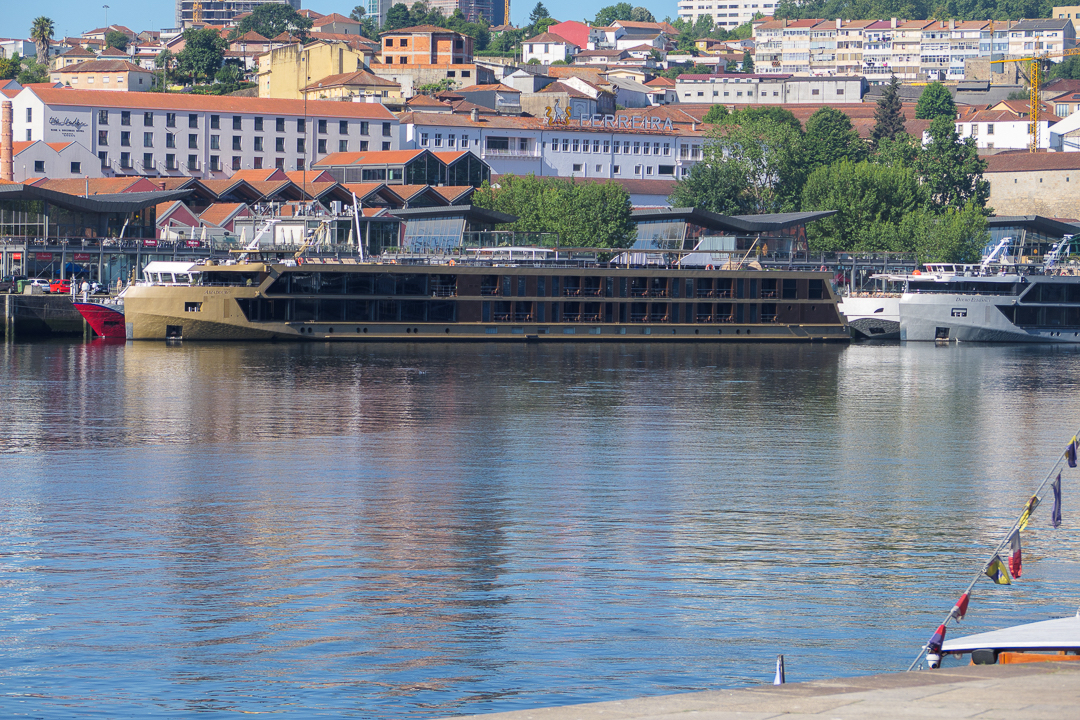 Our guide, Peter, took us through what had become familiar territory – along the riverside, past the statue of Henry the Navigator and the Bolsa, to Rua de Flores where our hotel was, and up to the old Jewish Quarter.

We stopped briefly at Lello Bookstore to admire the line; I got a photo of the ceiling. Maybe we’ll visit next time. 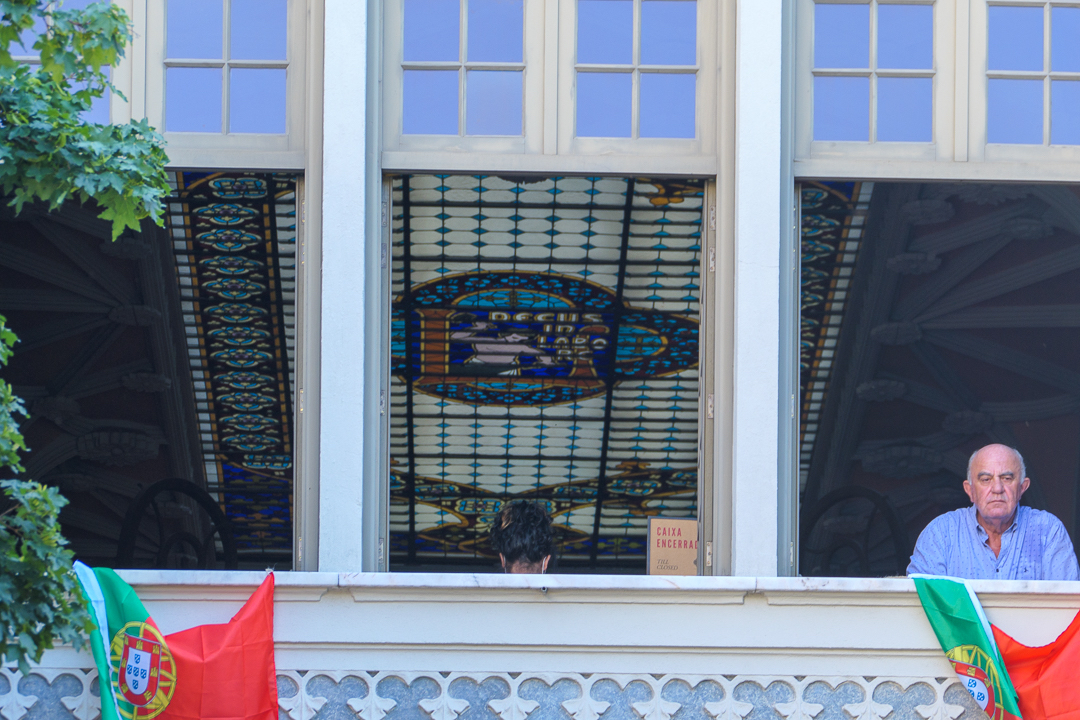 We stopped by the most beautiful McDonald’s in the world (according to our guide) – it had been the Cafe Imperial and the city had landmarked it, so McDonald’s was not allowed to alter the exterior or the interior. They did, however, install self-service kiosks which did not improve the appearance of the restaurant. 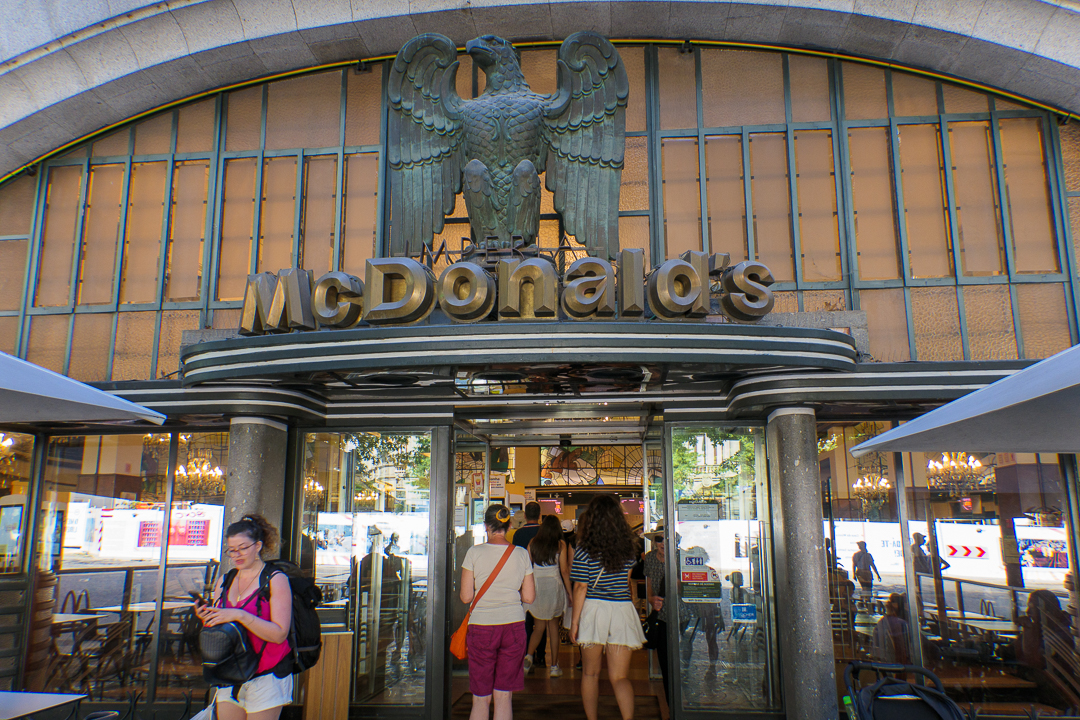 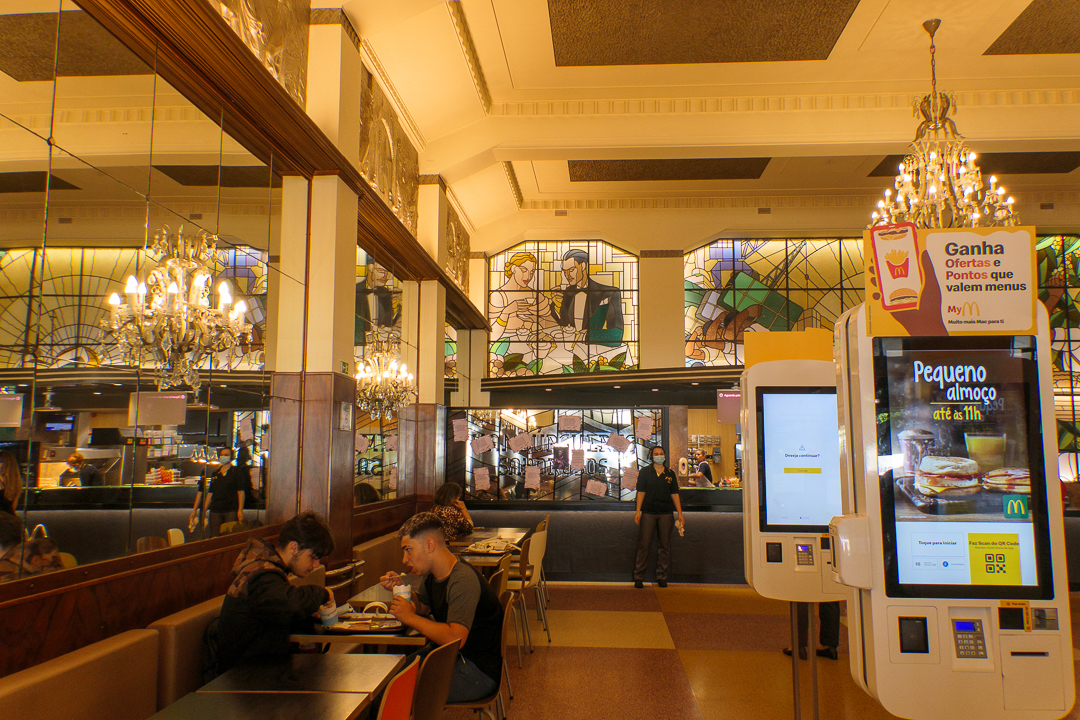 Of course, no self-respecting Porto tour could avoid stopping inside the São Bento train station. Our guide told us about the artist who made all the tiles and recounted the story told on each wall. 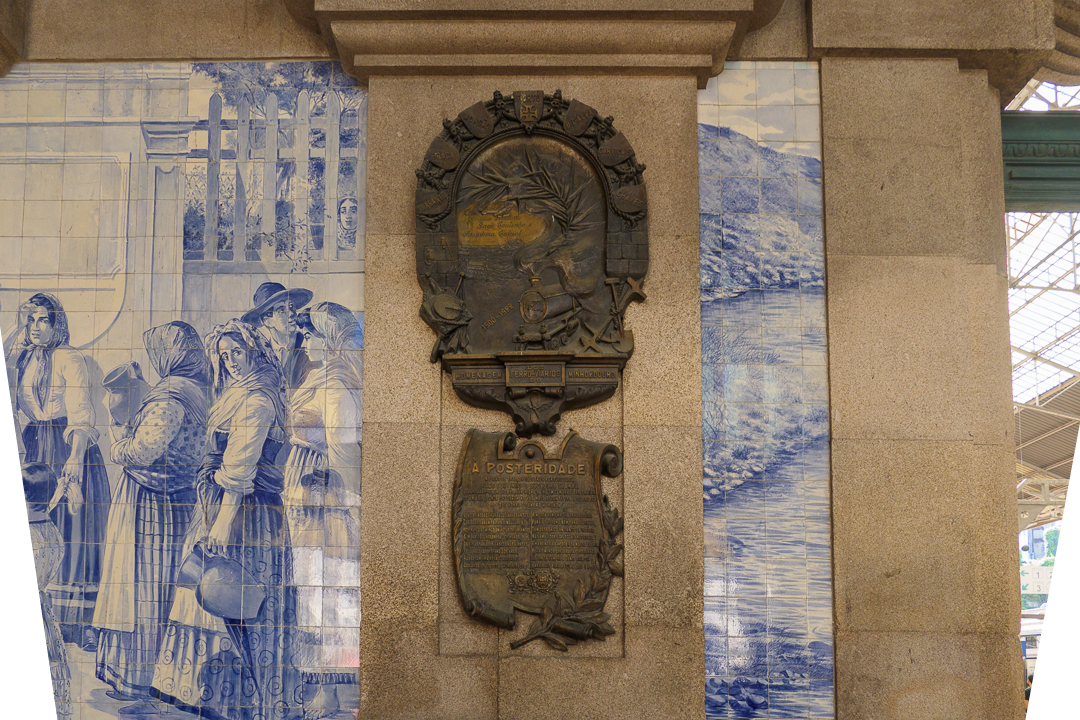 This visit, I was able to get a better view of the mural showing Henry the Navigator coming ashore in Ceuta in northern Africa. 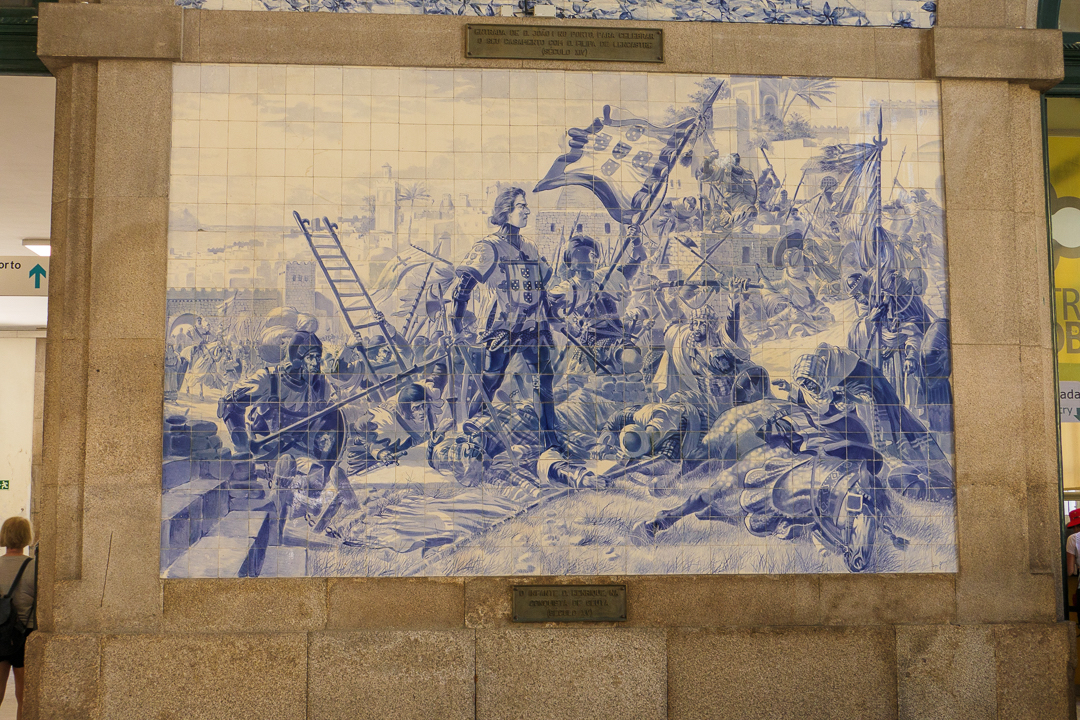 We took a shortcut through the Metro station to get to the Cathedral square; Peter showed us one of the navigation signs for pilgrims on the Camino de Santiago. 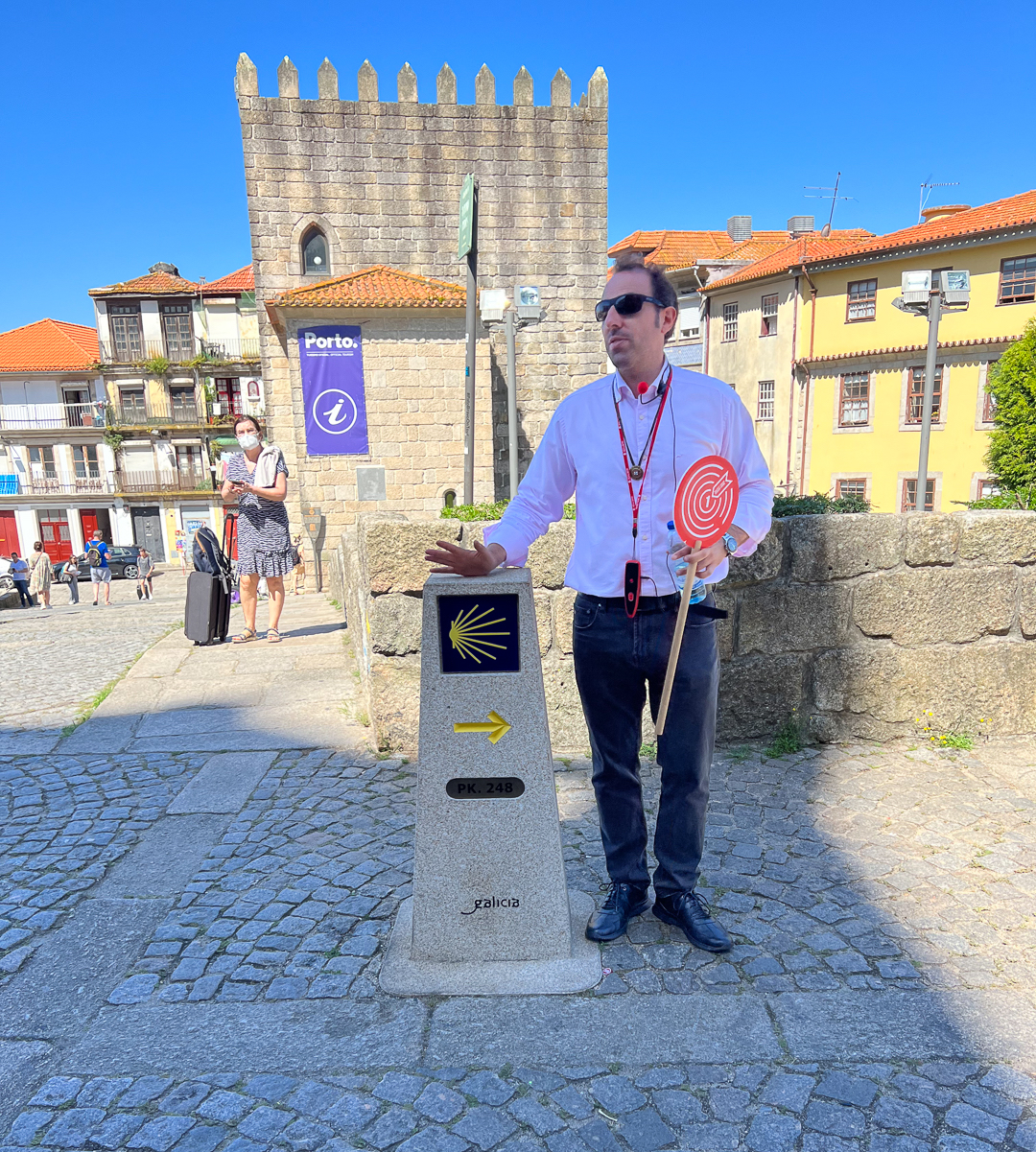 We crossed the upper deck of the Luis I bridge to get back to Vila Nova de Gaia. We took the cable car back down to the riverside. 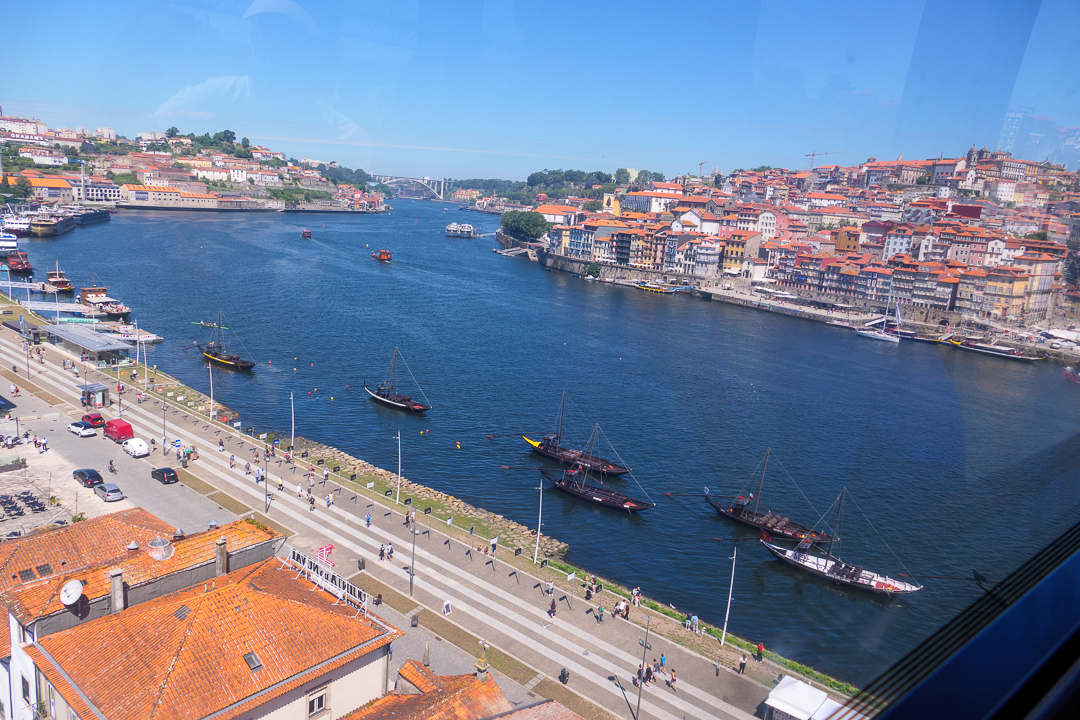 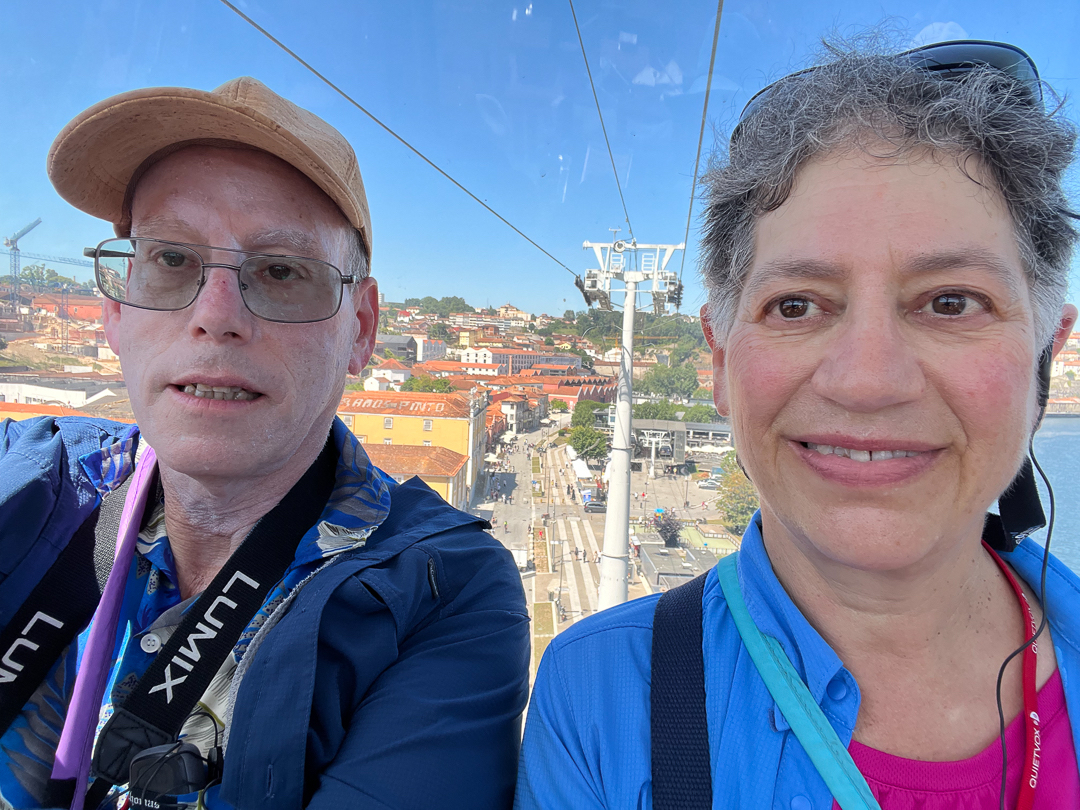 The final stop on the morning tour was a Port tasting at Cálem. We learned even more about the making of Port and admired the huge barrels before getting to taste a couple of glasses (in our case, “Fine White” and “Special Reserve” Tawny). 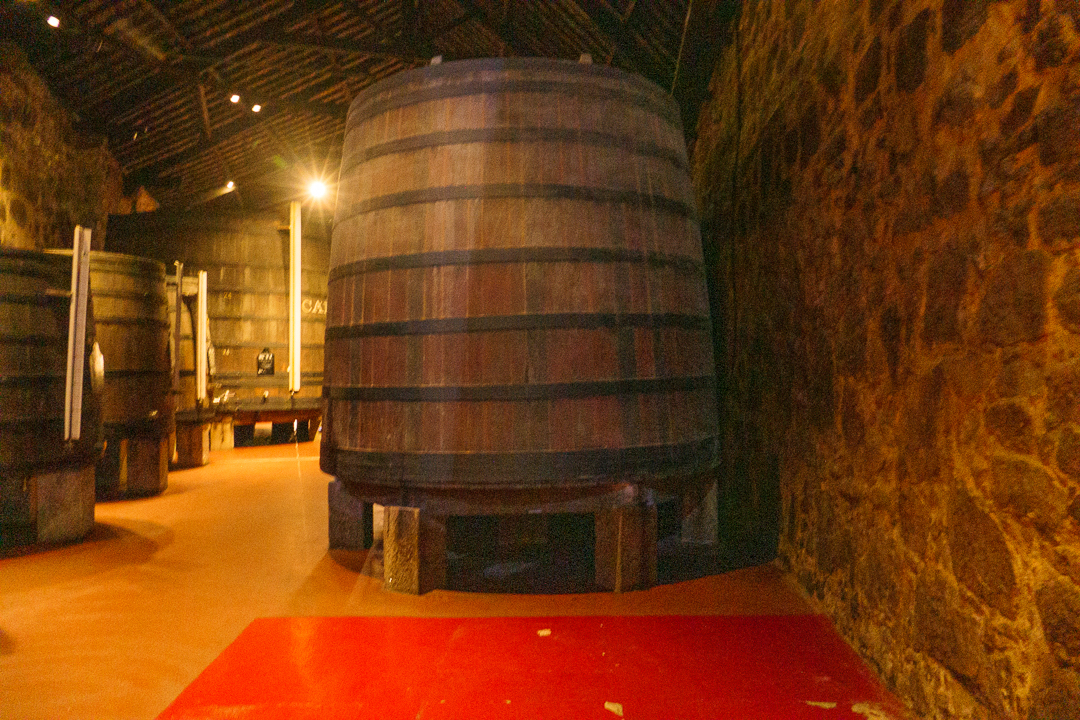 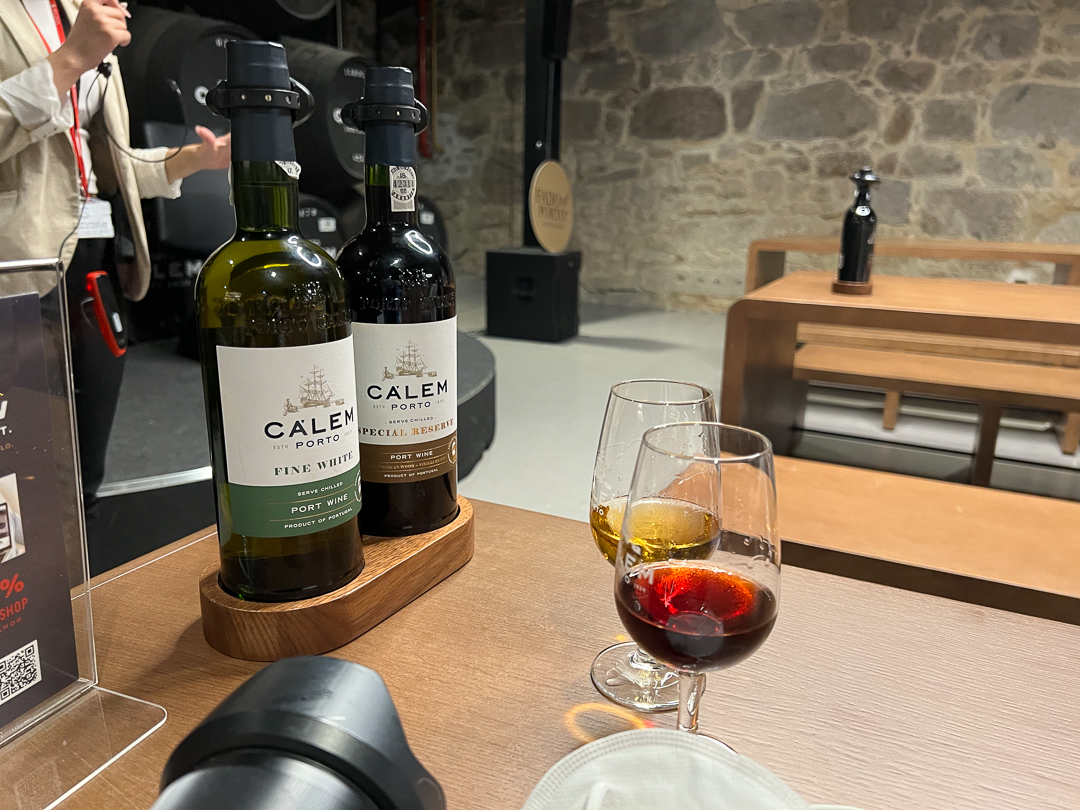 We liked Cálem’s Port more than the other places we visited, so we bought some to bring home, airlines willing.

It was a very hot day, so I suspect most people stayed on or near the ship to benefit from the air conditioning. Not us – we crossed the bridge yet again to visit the Igreja de São Francisco. We’d passed it several times; today, our guide told us that there were many pounds of gold leaf on the walls of the church and that it was well worth the visit even though photography wasn’t allowed.

We started our tour in the museum, which is located in the “Casa do Despacho da Ordem Terceira de São Francisco” (the Dispatch House). The chapels there are modest compared to the church itself, but they’re not that modest. 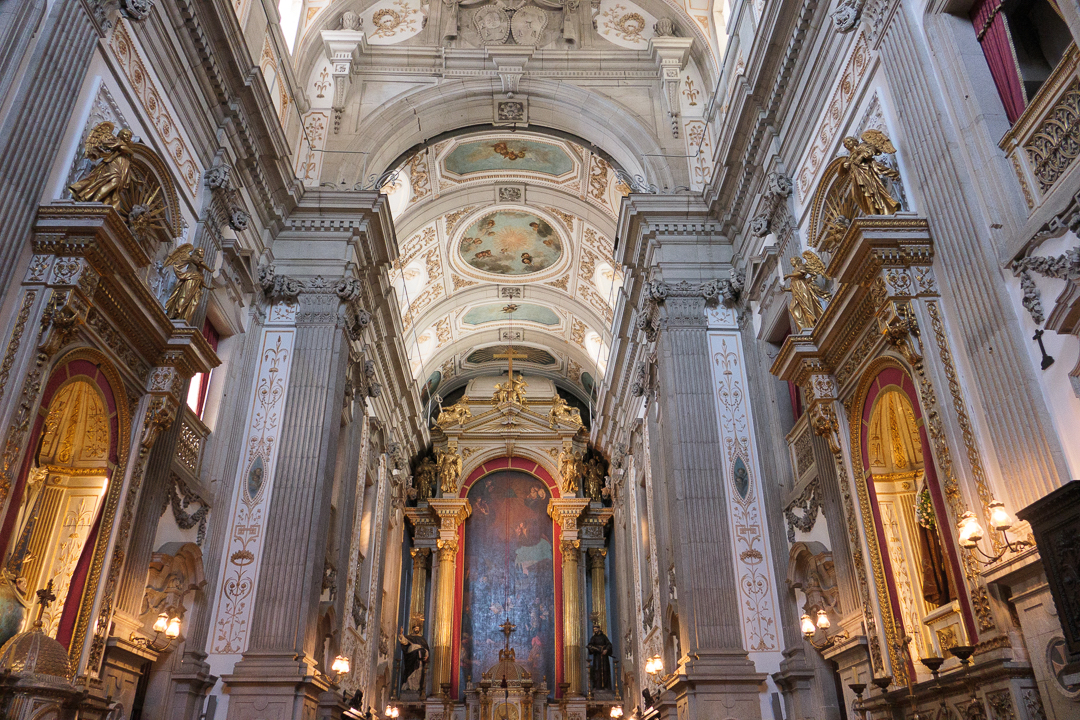 The catacombs are on the lower level, complete with an ossuary. 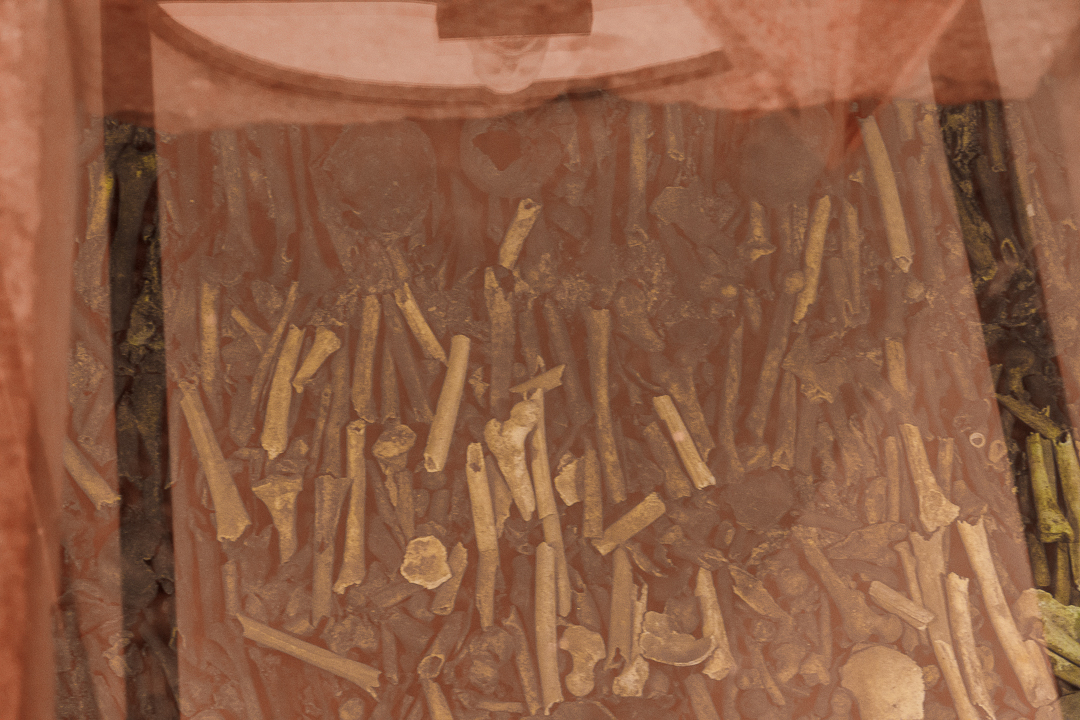 The Order ran its business from this building; we stopped in their conference room. 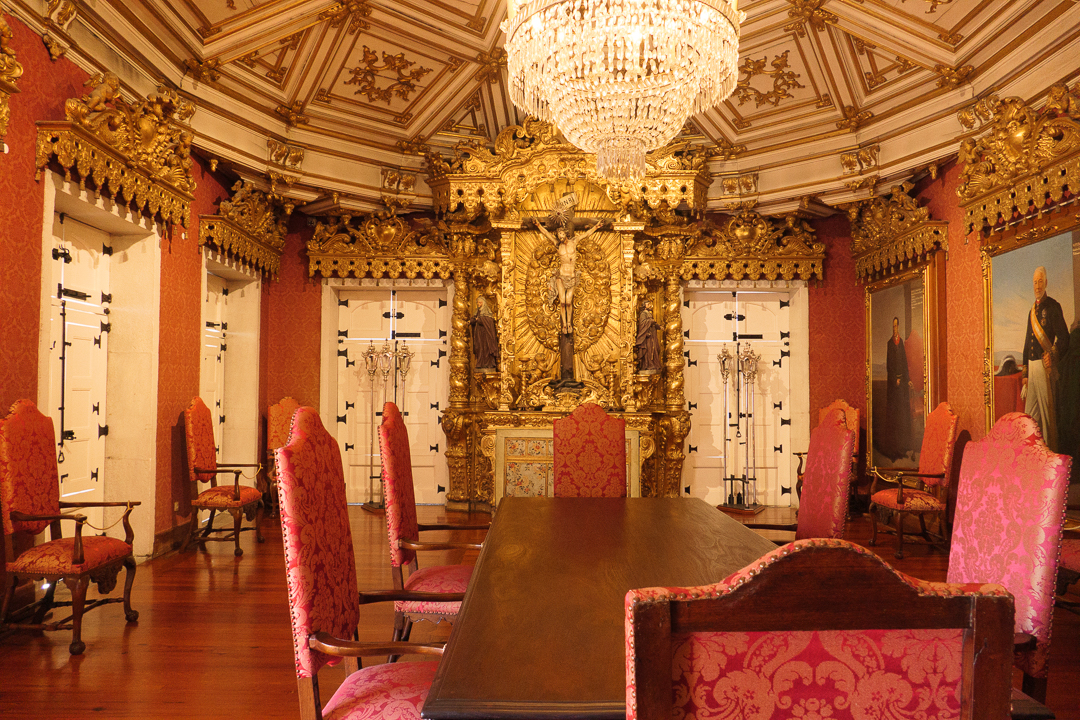 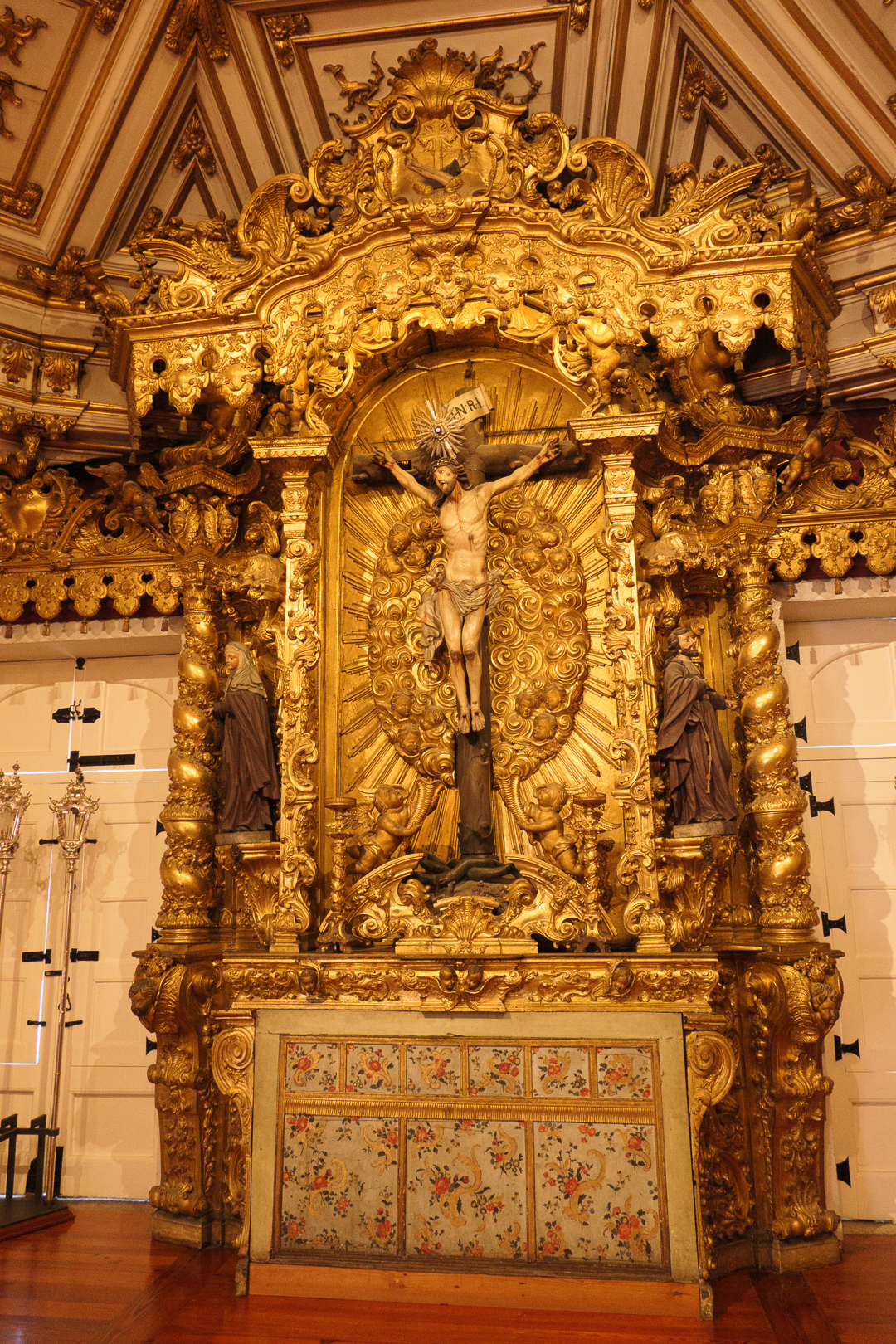 The main church was, as advertised, stunning. I saw other people sneaking photographs with their cell phones, so I decided to do the same. It’s probably only a venial sin, right? 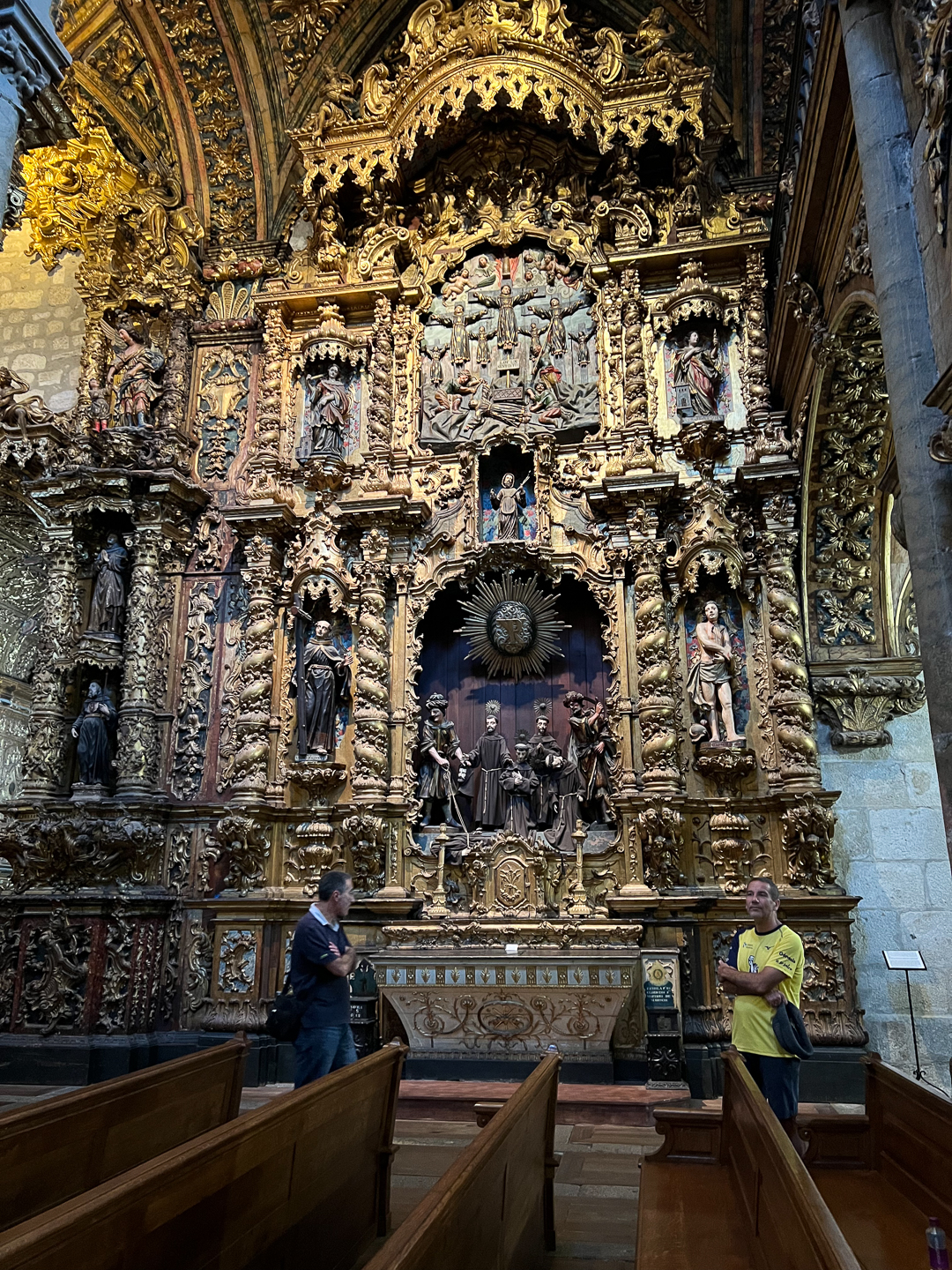 We crossed the bridge again to return to the ship. We were very hot and thirsty; there was a bar that also advertised fresh-squeezed lemonade, so we bought some. The ingredients were juice from two freshly-squeezed lemons and water. No sugar. It was tart.

There were a couple of tunas performing on the sidewalk – we only stayed around long enough to hear the women singing. Did I mention it was hot? 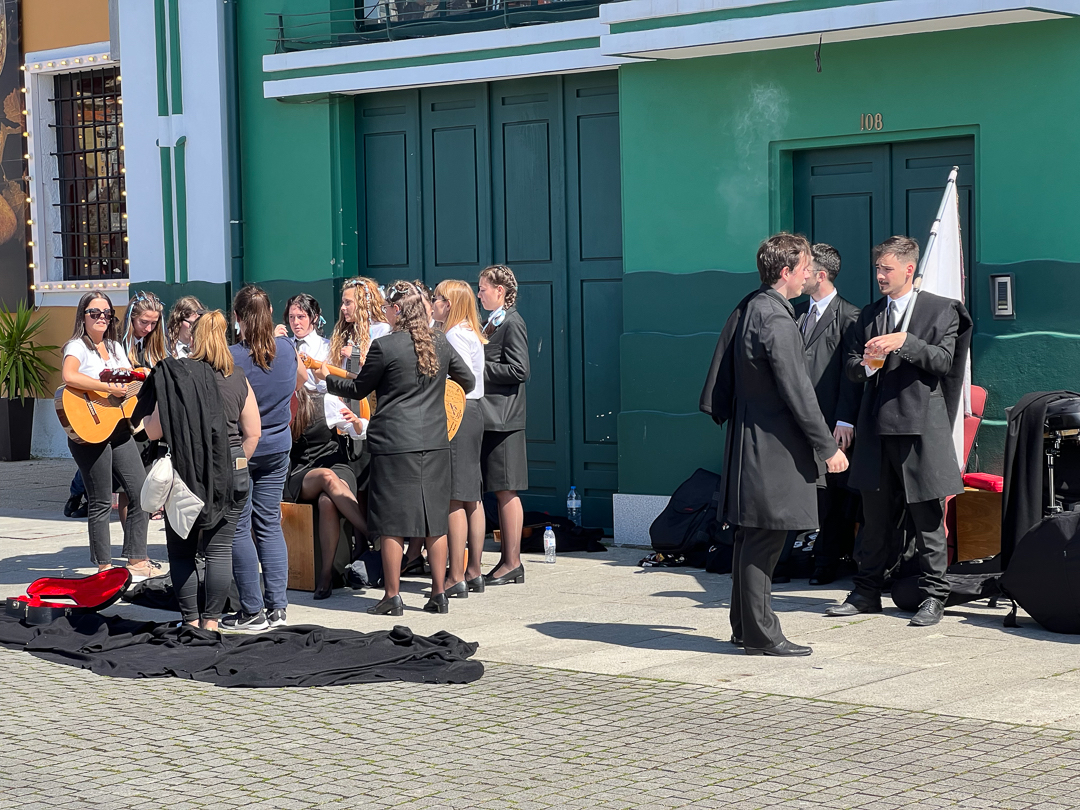 We packed (mostly) and had dinner. There were fewer people in the dining room than most nights, probably because there have been a few Covid cases (I know of three) and those people are now isolating in a hotel. 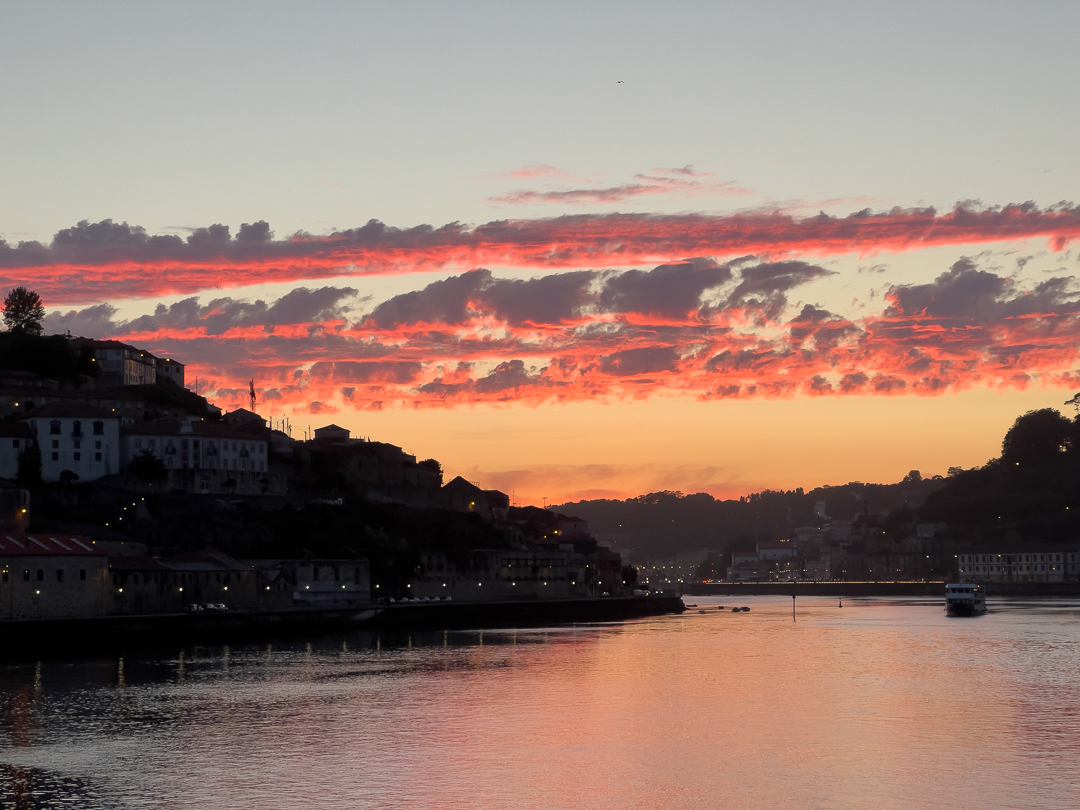 Tomorrow, we leave for Madrid.