We had our second tour with Beatriz today, a Full Day Madrid Tour featuring the Royal Palace and the Prado.

We started at the Westin Palace Hotel and slowly worked our way to the Royal Palace. I showed Beatriz the track of our tour on Monday and she used that to make sure we mostly saw different areas of the city, though we did return to Plaza del Sol and the Plaza Mayor today.

Madrid has many unusual sights atop its buildings, like this chariot on the BBVA building. 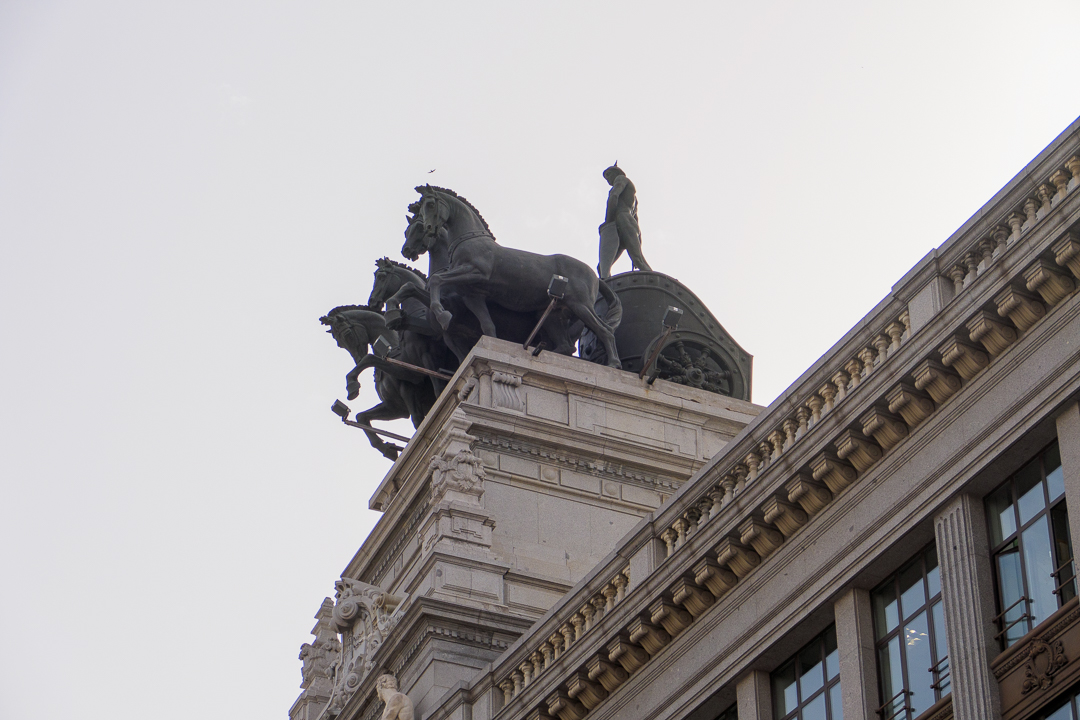 Beatriz told us that the Tio Pepe sign in Plaza del Sol used to be on the building now occupied by the Apple Store – Apple paid to move it to its current location! 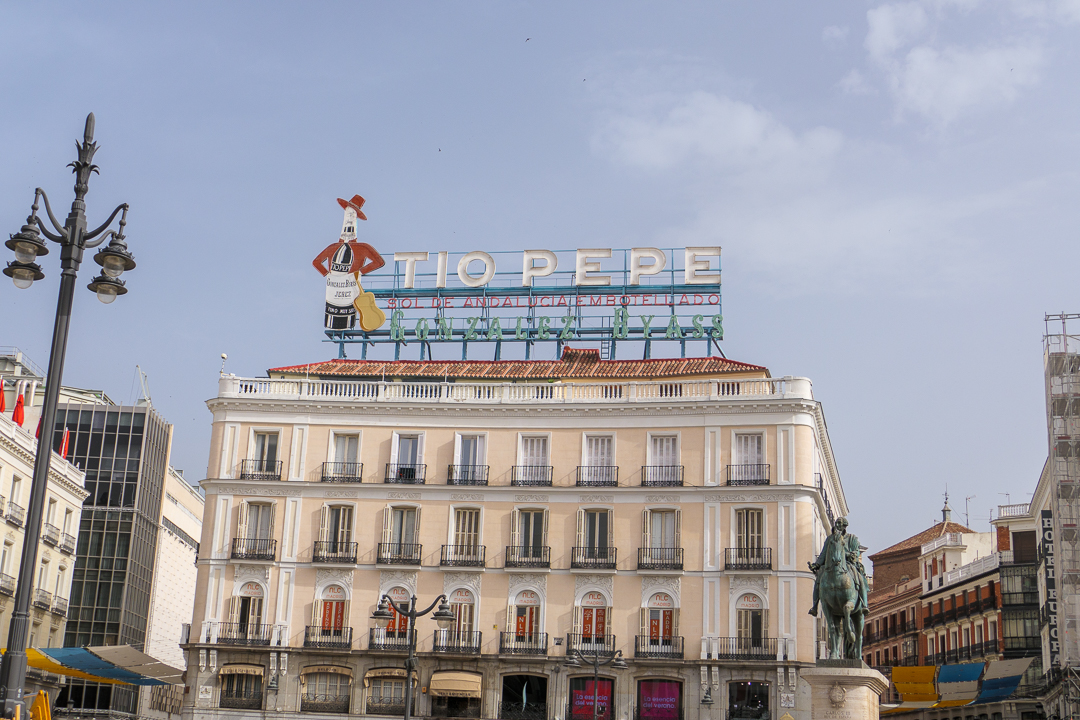 Madrid street signs tell stories, like this one for the Calle de Arenal, showing workers digging up sand; the name of the street is literally “Sandy Street”. 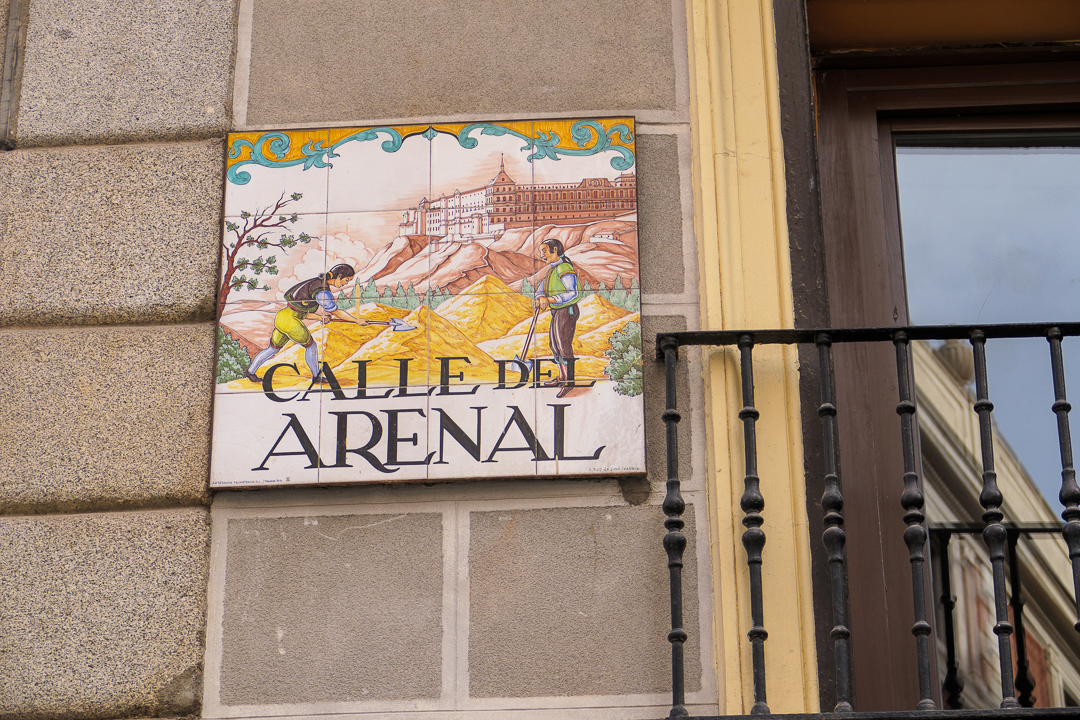 We walked through the San Gimés neighborhood, and again we didn’t stop at the chocolateria. And we couldn’t visit the old bookstore because it was too early in the day. 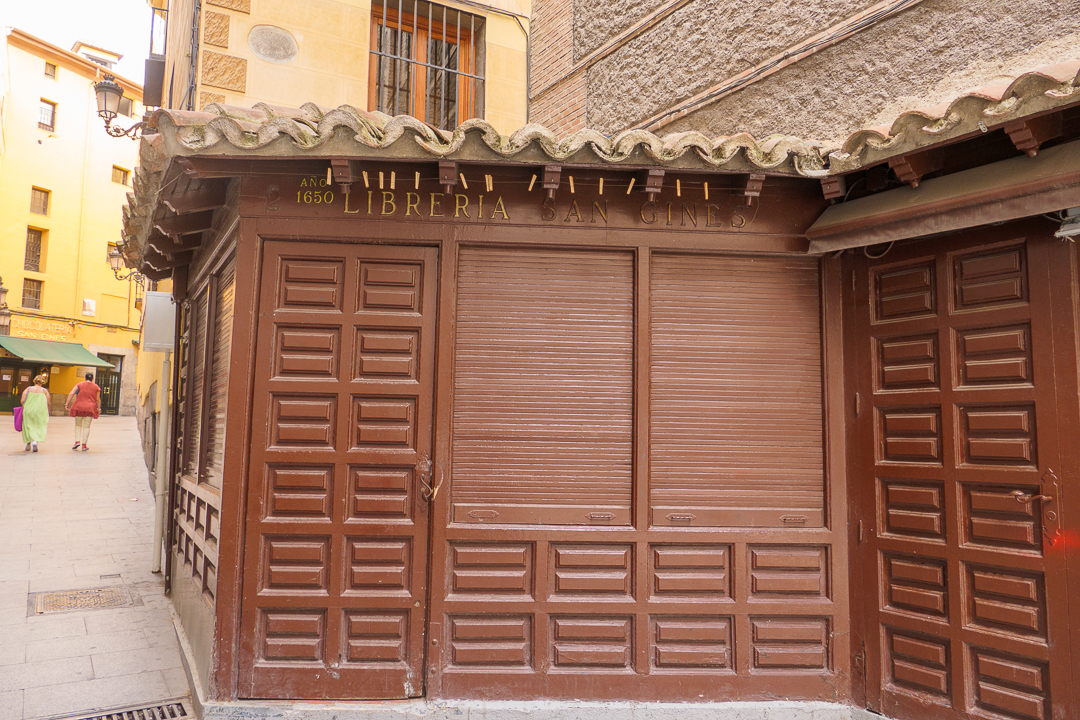 I got a slightly different view of Plaza Mayor today. 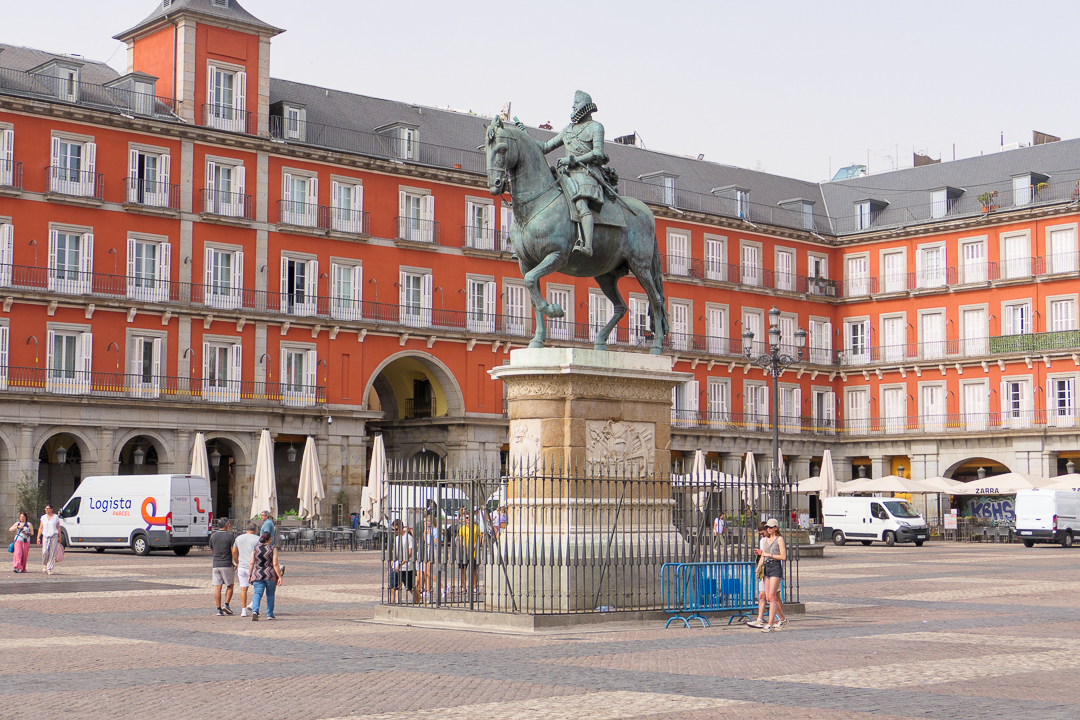 There are many old stores in Madrid; here’s a clockmaker who’s been in business for 140 years. 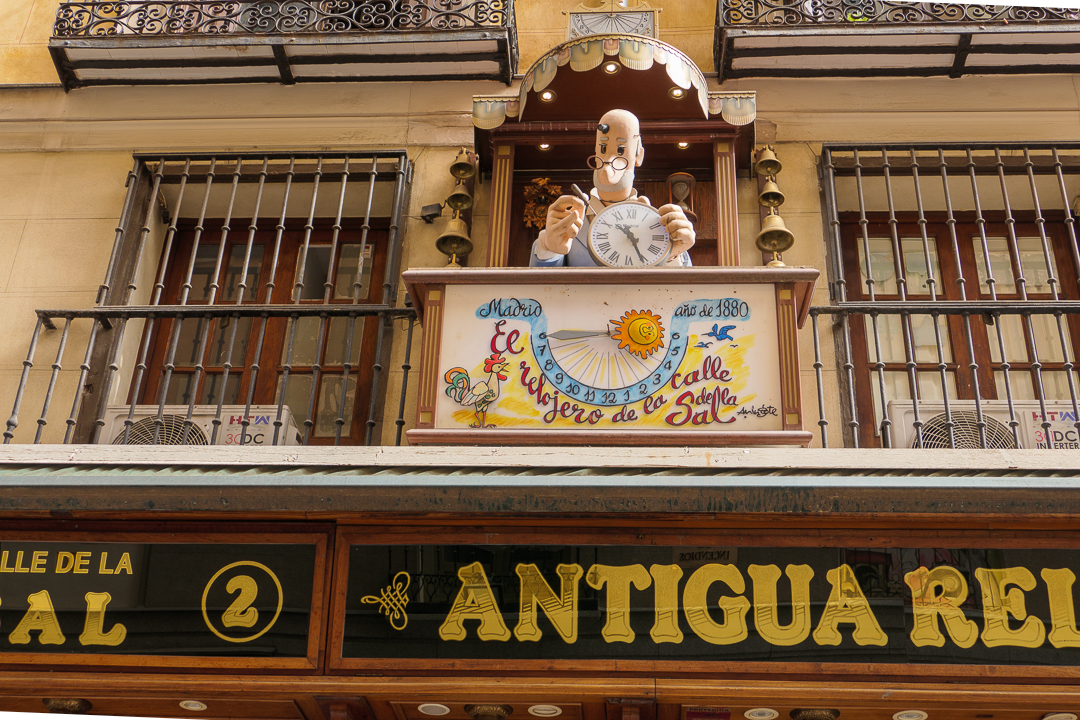 The sign for the Calle de Toledo could almost have been one of the photos we took yesterday! 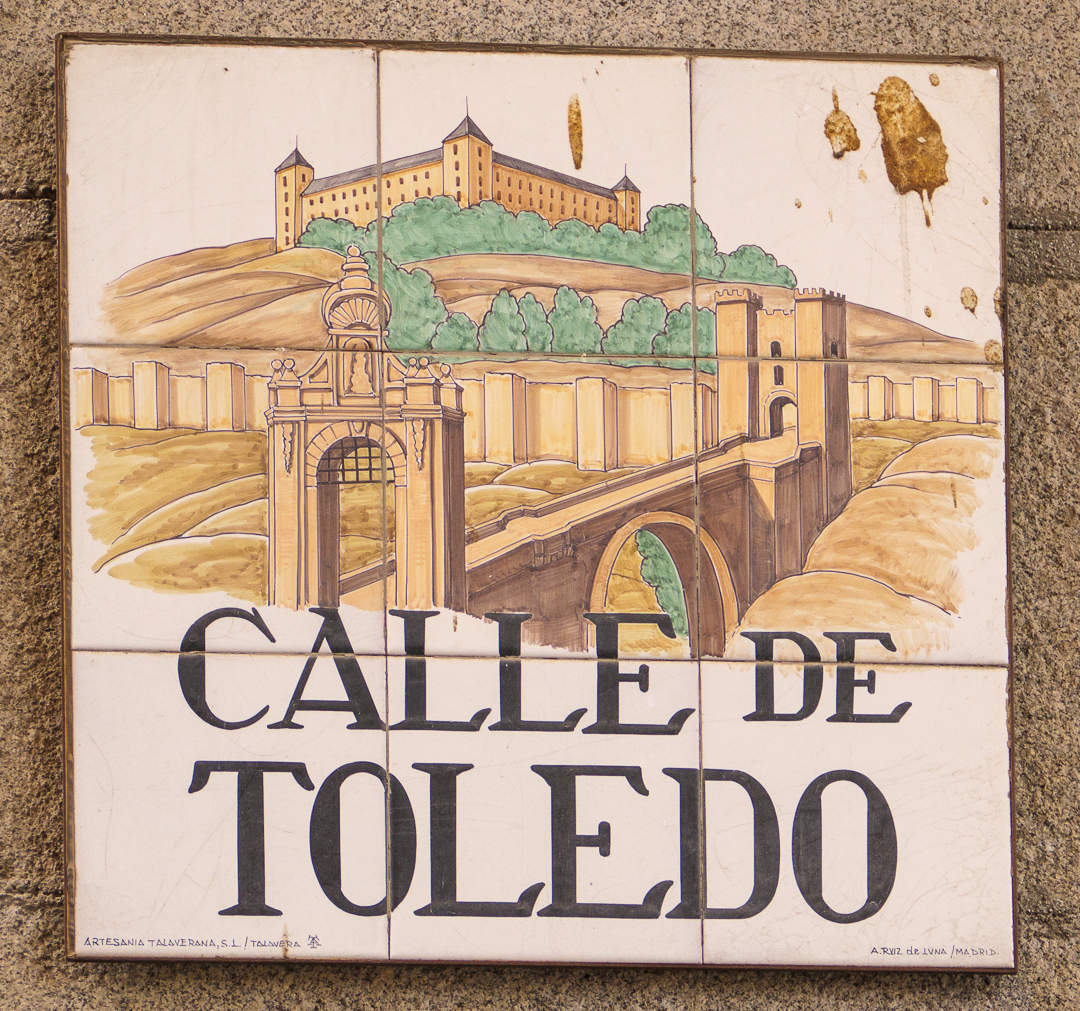 Beatriz took me to what she said was the best candy shop in the city, Carmelos Paco, so I could buy distinctive hard candies. I got away with only 350 grams of candy. It’s in the La Latina neighborhood, as is the Church of San Isidro, which I found very beautiful. 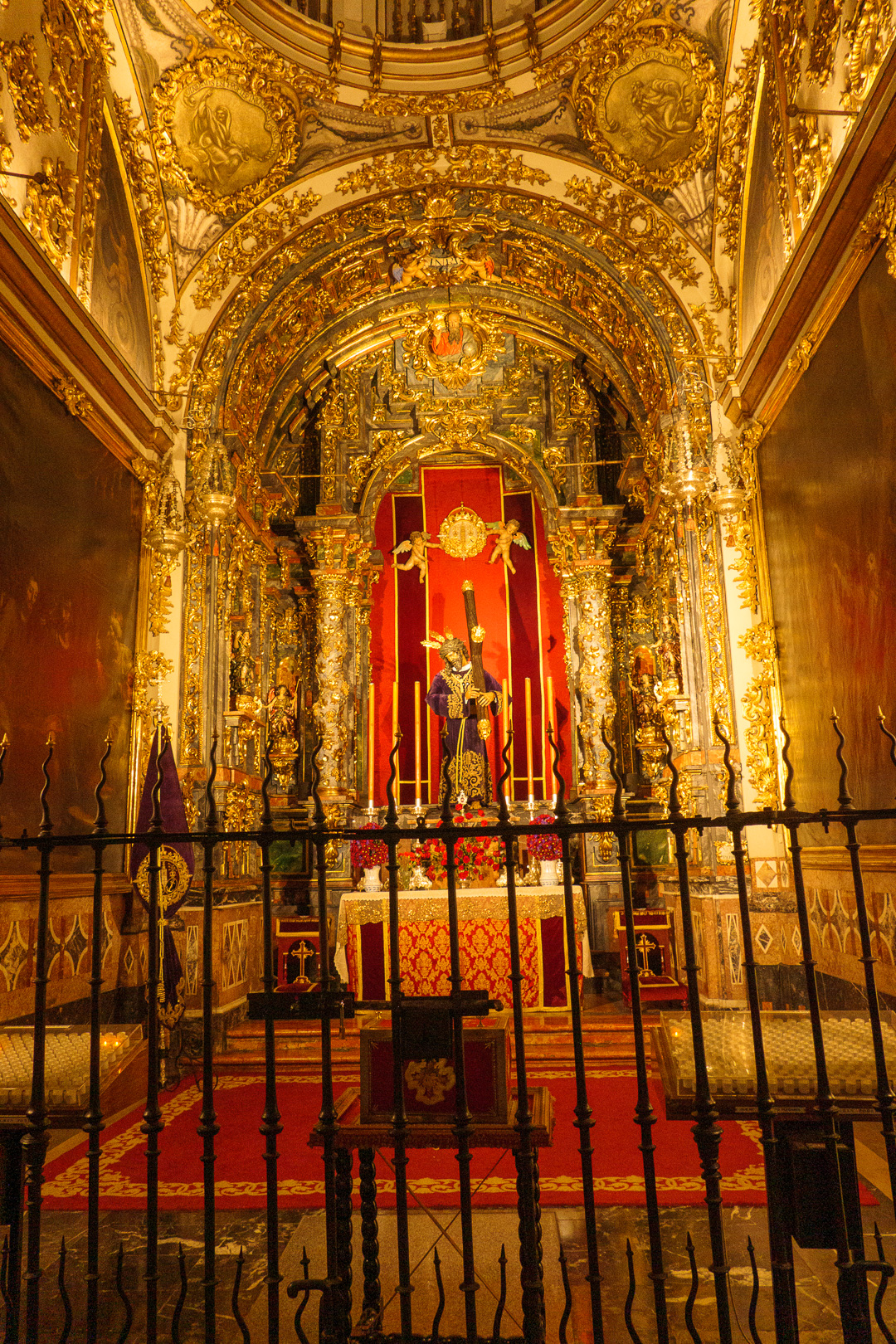 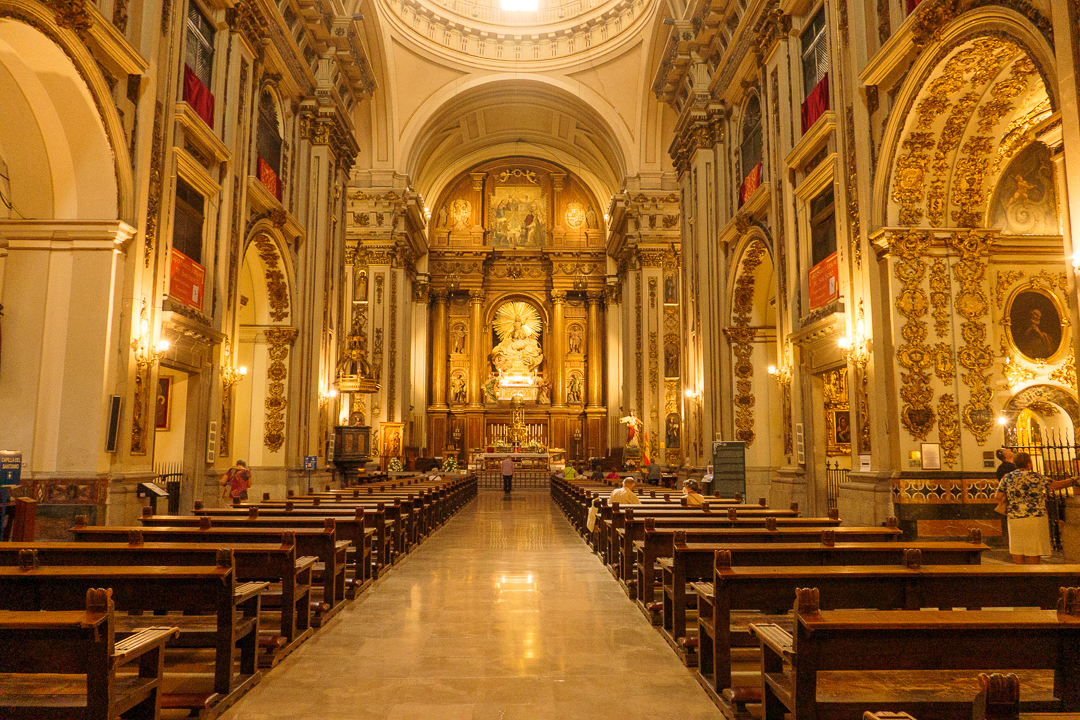 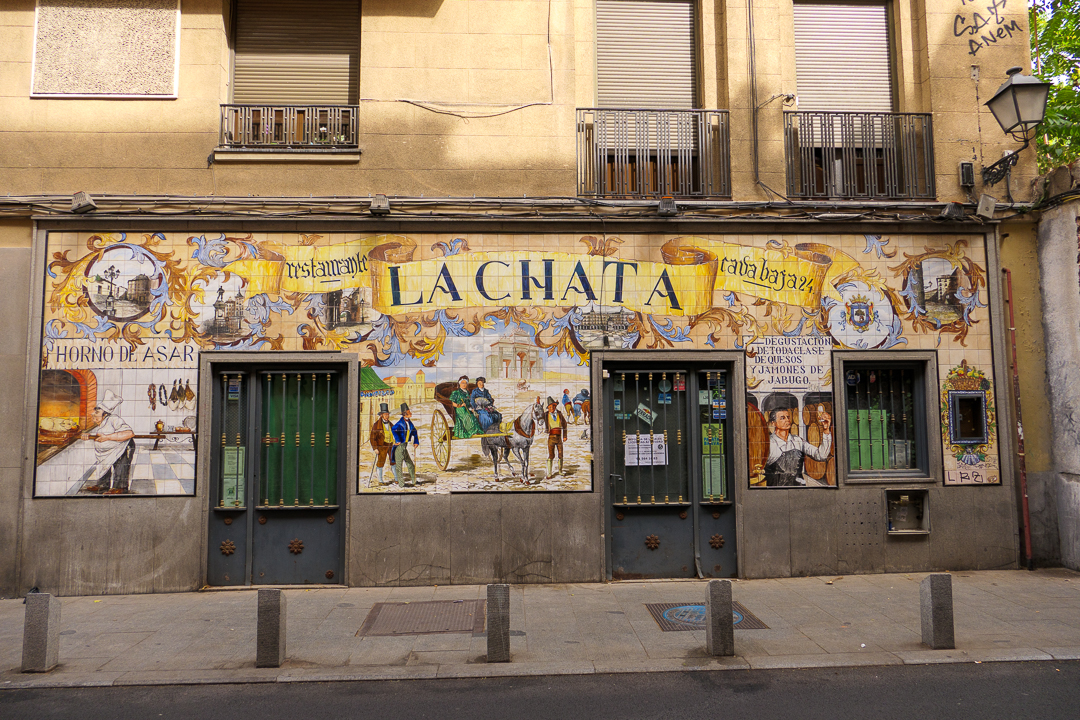 There are apartments just across from the church; instead of a blank wall, we got to see this. 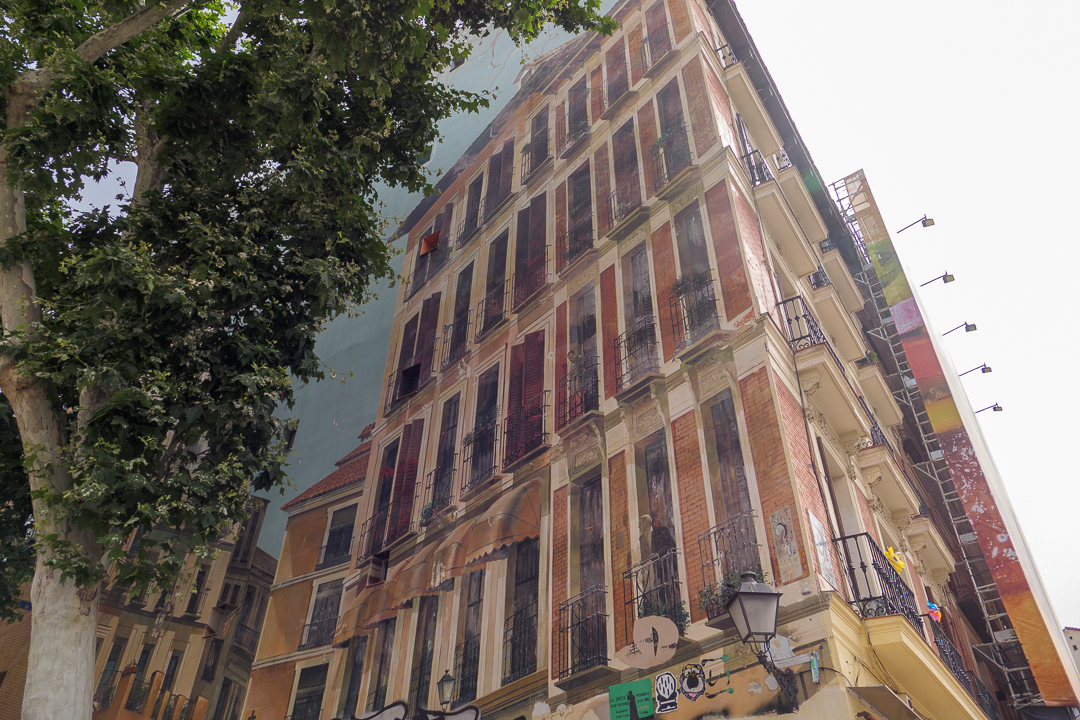 We also visited the branch of the Madrid Museum near the church, which tells the story of the miracle of San Isidro and the well. He makes a guest appearance in person. 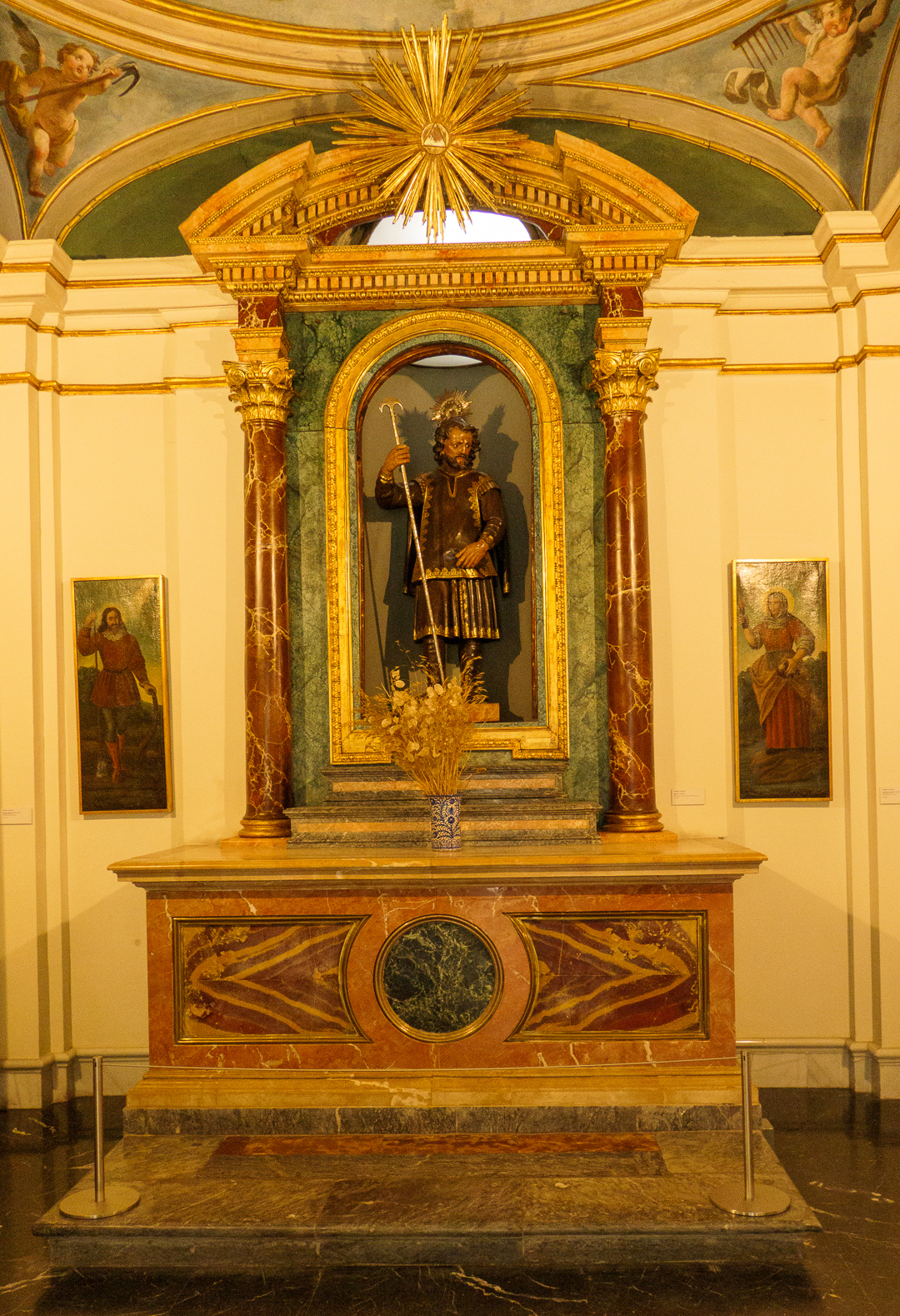 After a quick lunch at Casa Revuelta, we went to the Royal Palace, and Beatriz gave us a private tour. Photos are not permitted in most of the tour, which is through the Royal Apartment, but there were a few opportunities. 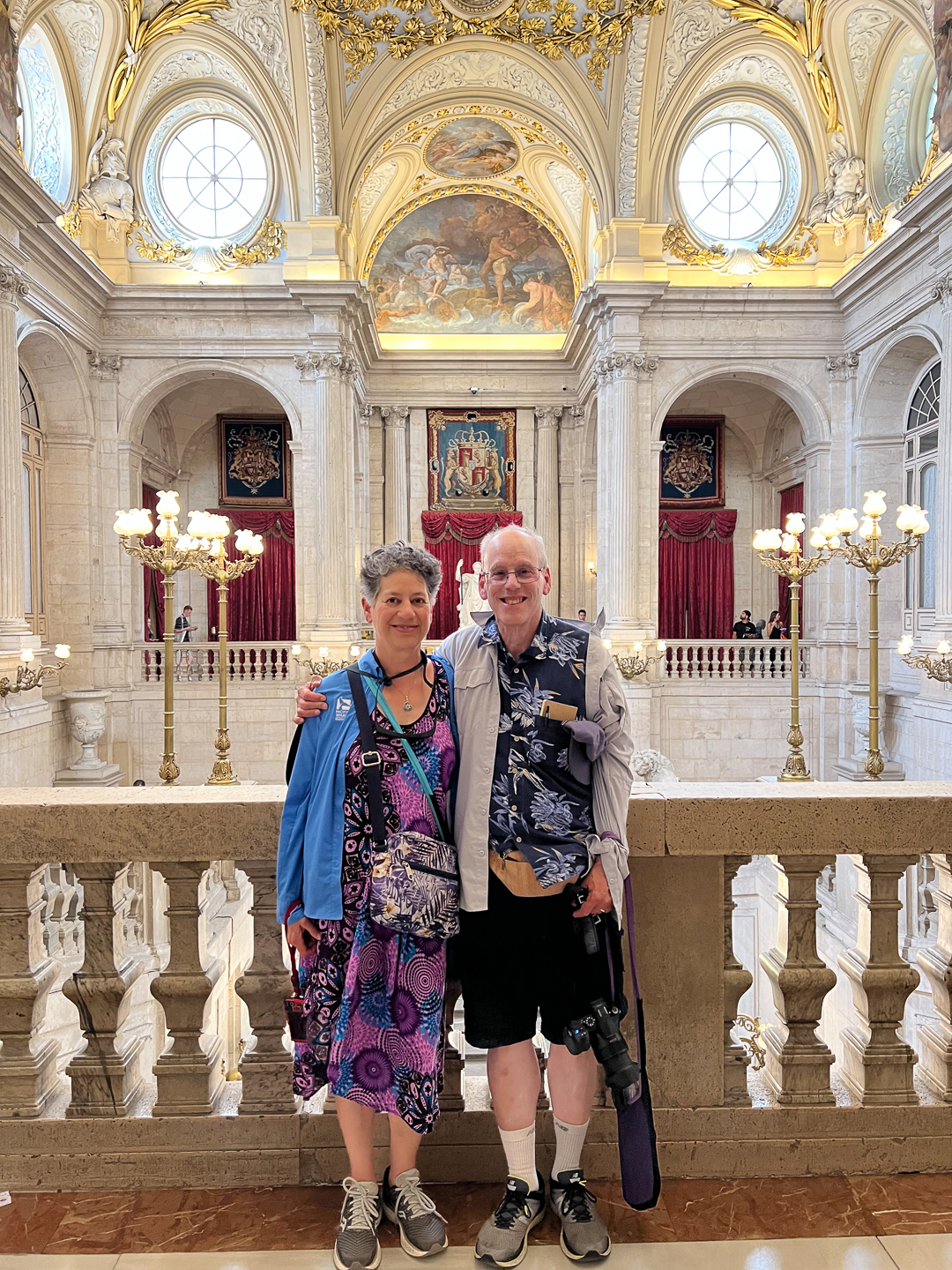 It had gotten seriously hot while we were in the palace, so we visited a nearby watering hole before catching a taxi to the Prado, where Beatriz took us on a tour showing us some of her favorite paintings and painters, including Bosch, Breugel, Titian, El Greco, Velasquez, and Goya. 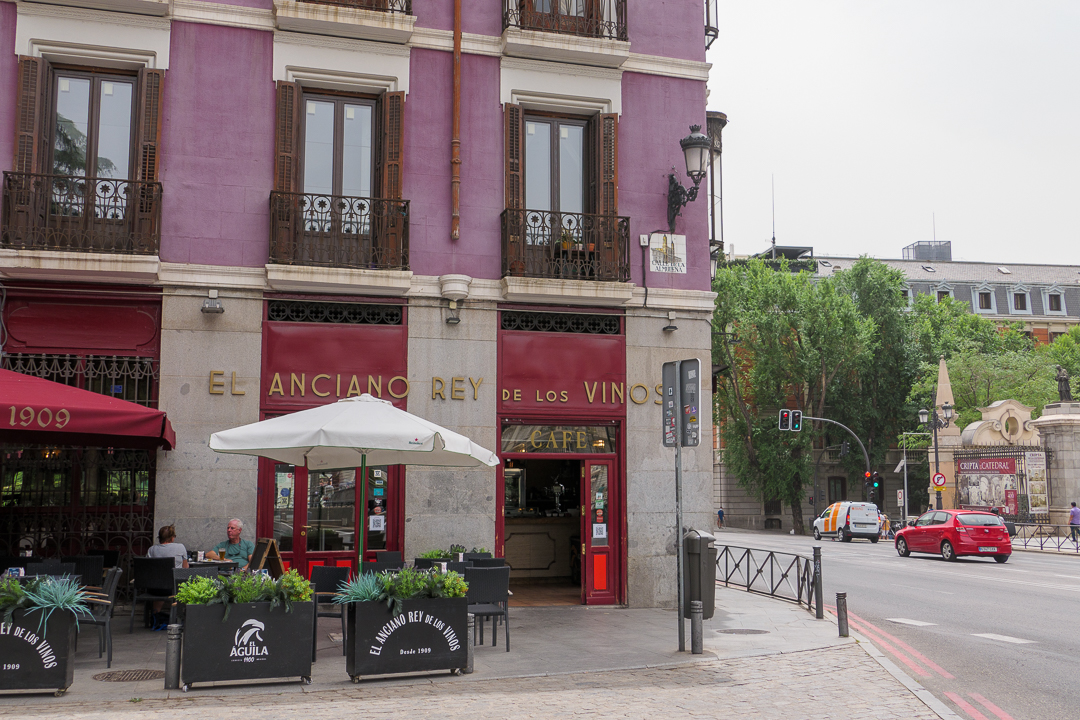 No photos were allowed in the Prado, either, but I did get to take a picture of Goya’s statue from the front as we left. 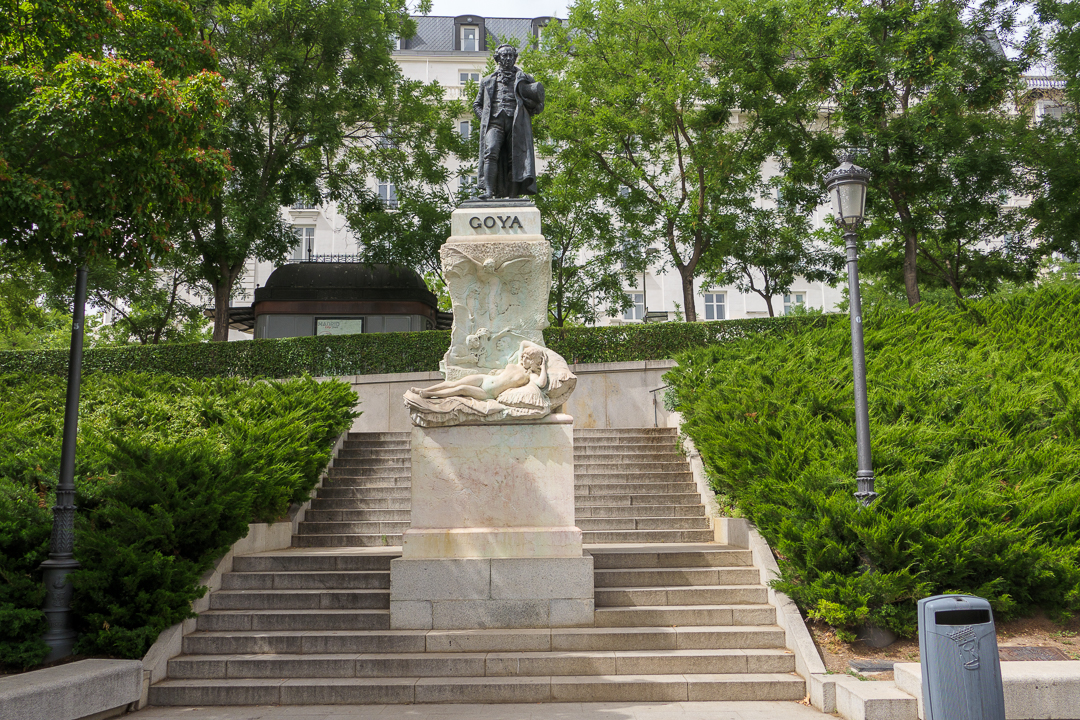 I had hoped to visit El Retiro and find the statue of Lucifer, but the weather prevented us from going there! 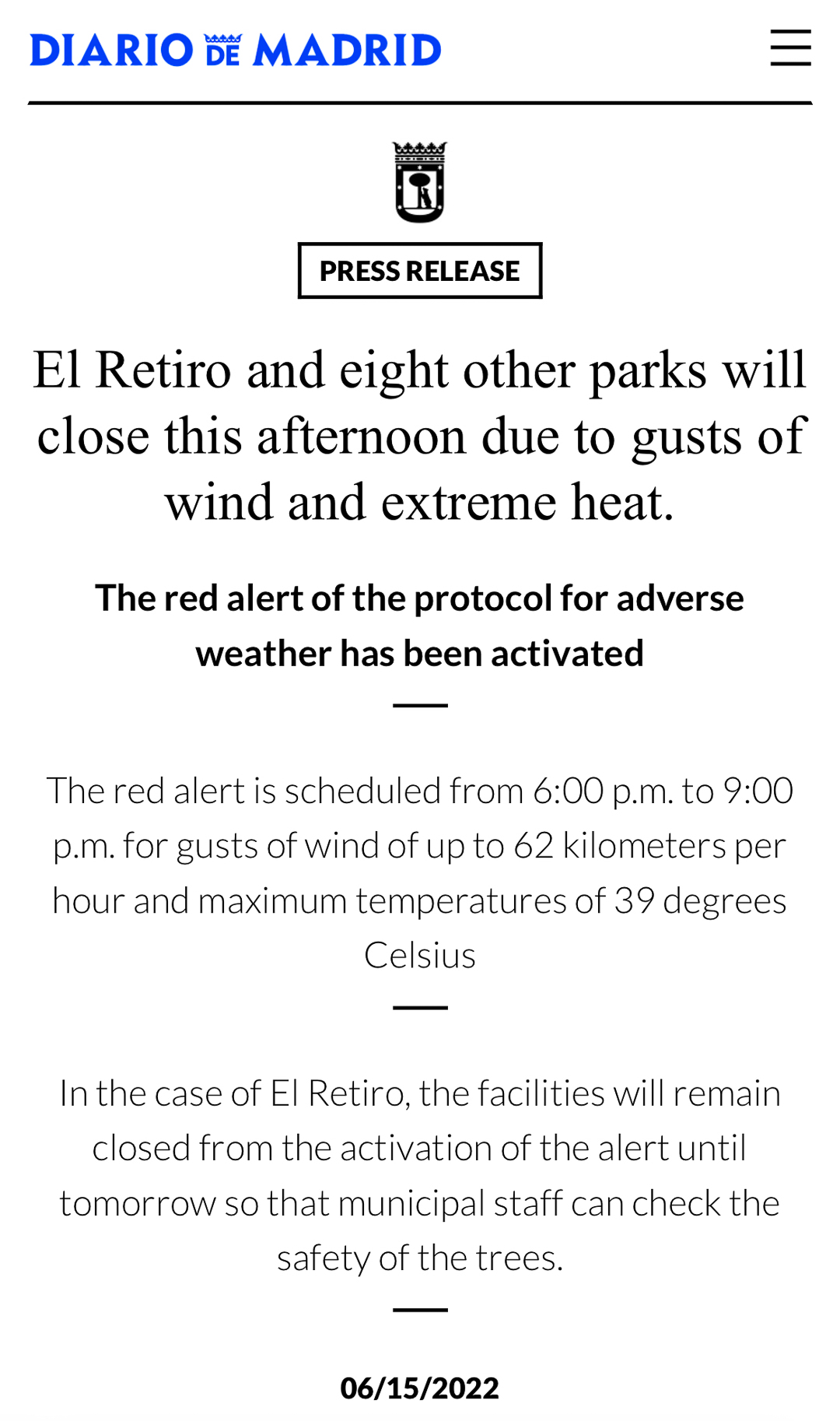 Instead, we went back to the hotel to drop off our burdens, had dinner at Lamucca, and packed. Our plane tomorrow is at 8am, so we need to leave the hotel by 5am, hence this short entry with fewer links than usual.