I had to take Diane’s 2005 Prius for a smog check before we could renew its registration. The mechanic did the test, told me the car passed and gave me the certificate – then he asked me if I knew that the car said it needed maintenance. I did – the light had come on a few days ago and I planned to get it done this week.

After that, he asked me if I knew the “Check Engine” light was on – that was news to me! He said it came on right after the test results were logged, so he didn’t have to fail the car but suggested I get it looked at. 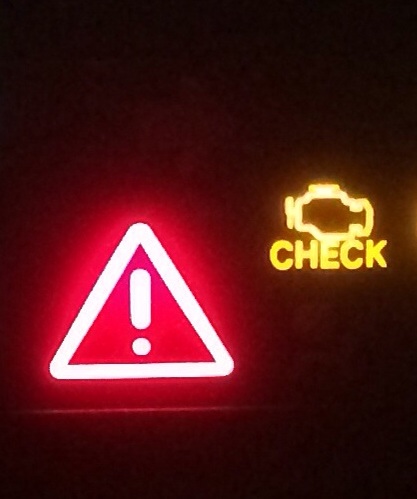 I drove home (the car seemed fine) and called my regular mechanic at Auto-Tec to make an appointment. An unfamiliar voice answered the phone; the previous owner had sold the business! But the same mechanics are there, and recent Yelp reviews are still positive, so I made an appointment for Friday.

I wanted to take a photo of the problem for the blog, but when I started the car a couple of hours later, the warning light was gone. I hope that’s a good sign, but I’m going to wait to send in the registration until I know more.